Run your cursor over them to zoom in and take a really close look.
(Take your time. I'm a patient man.) 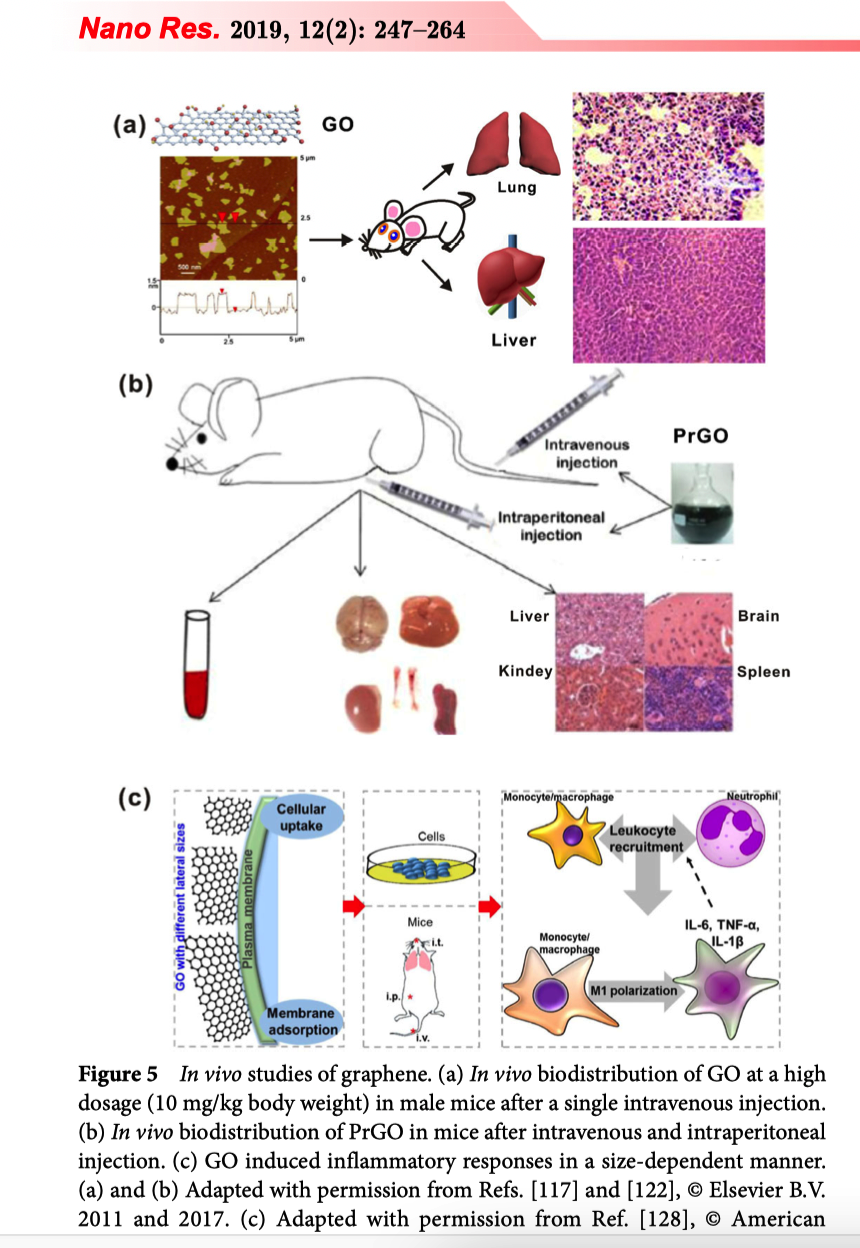 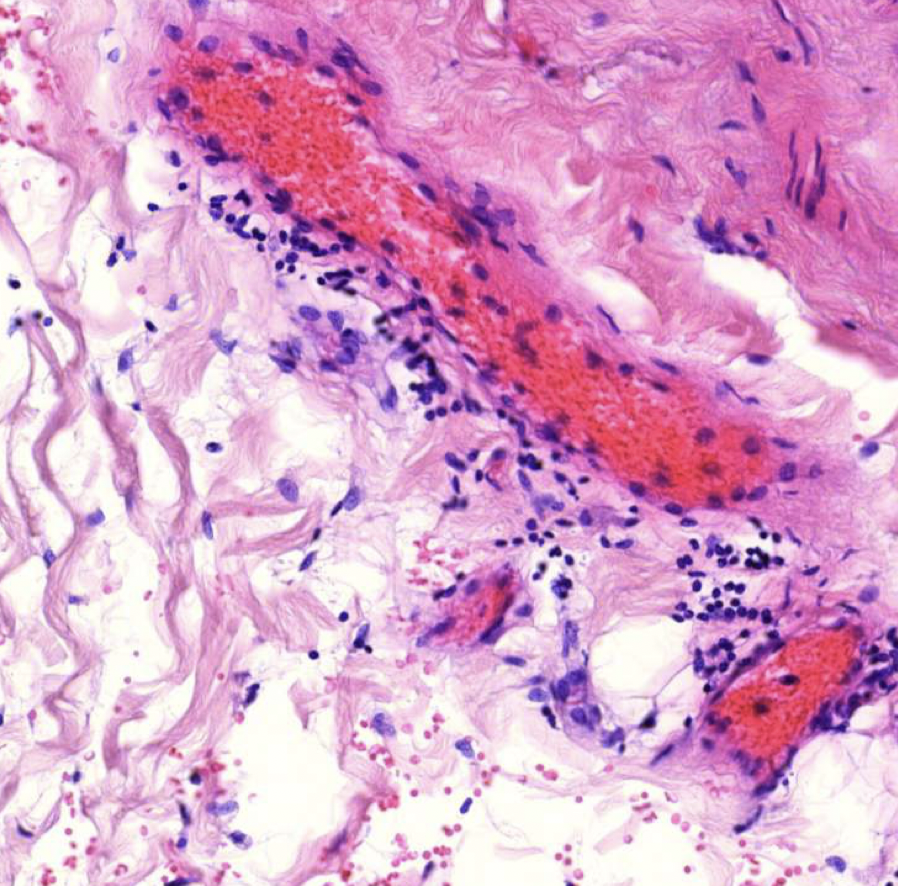 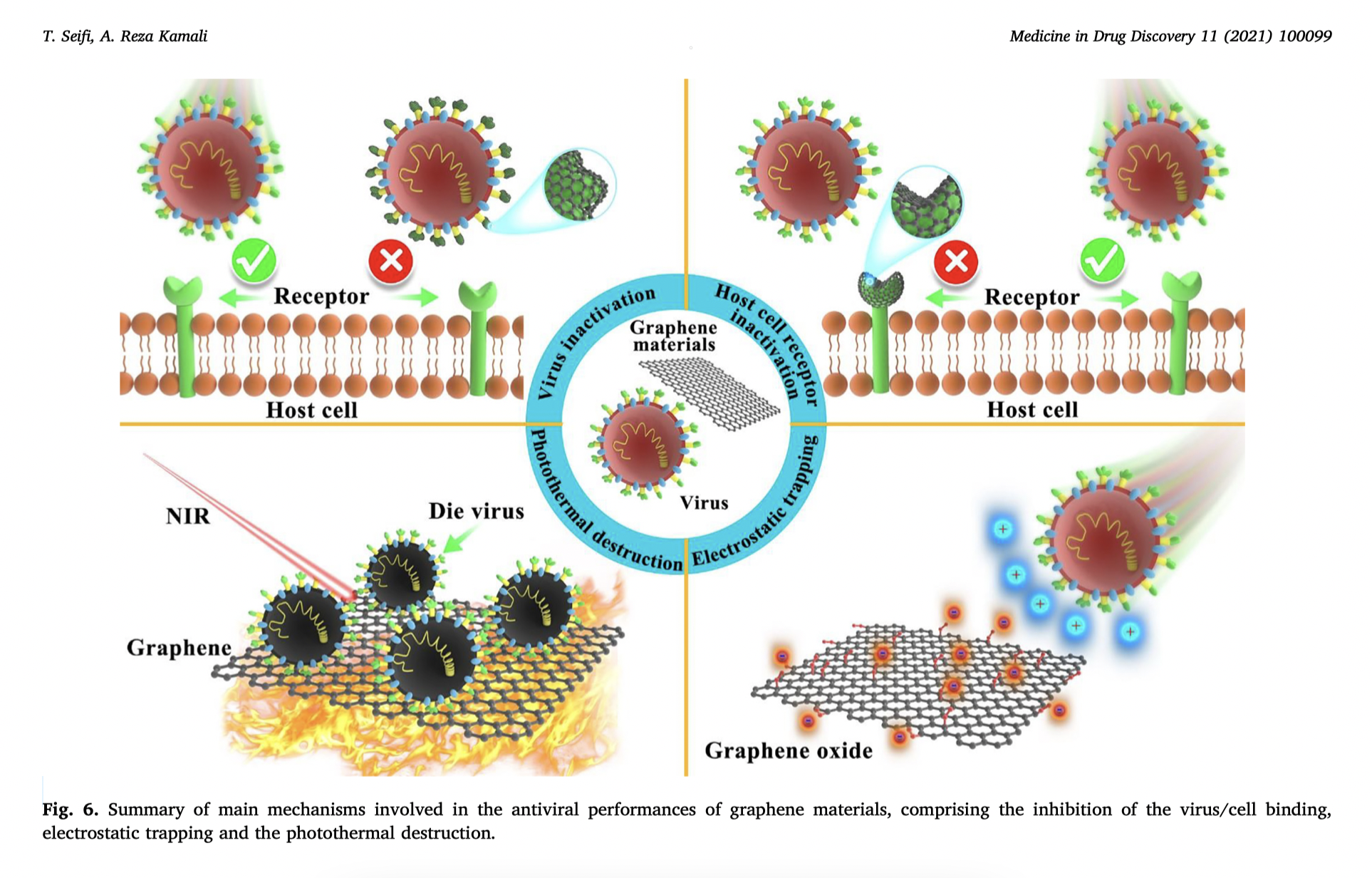 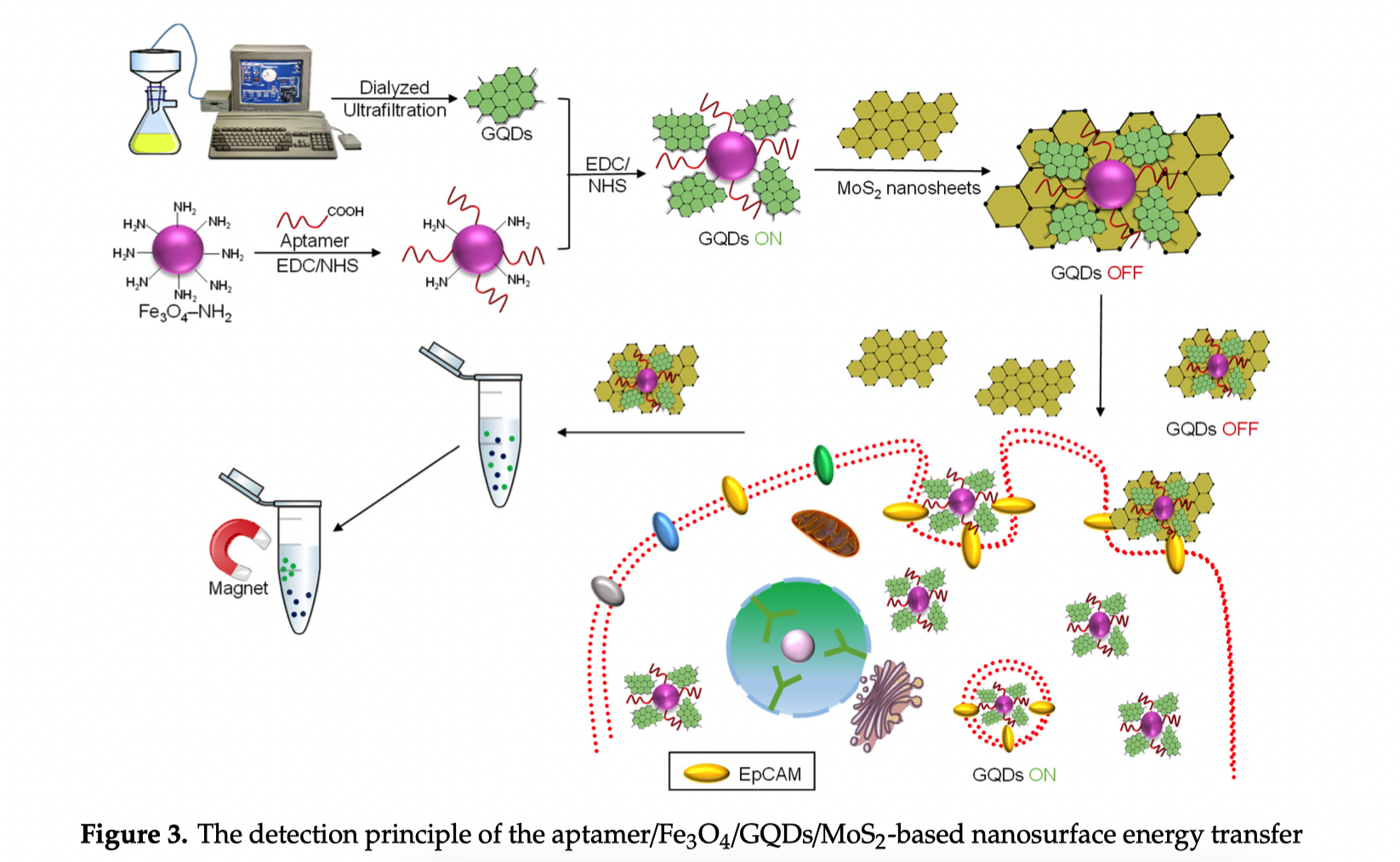 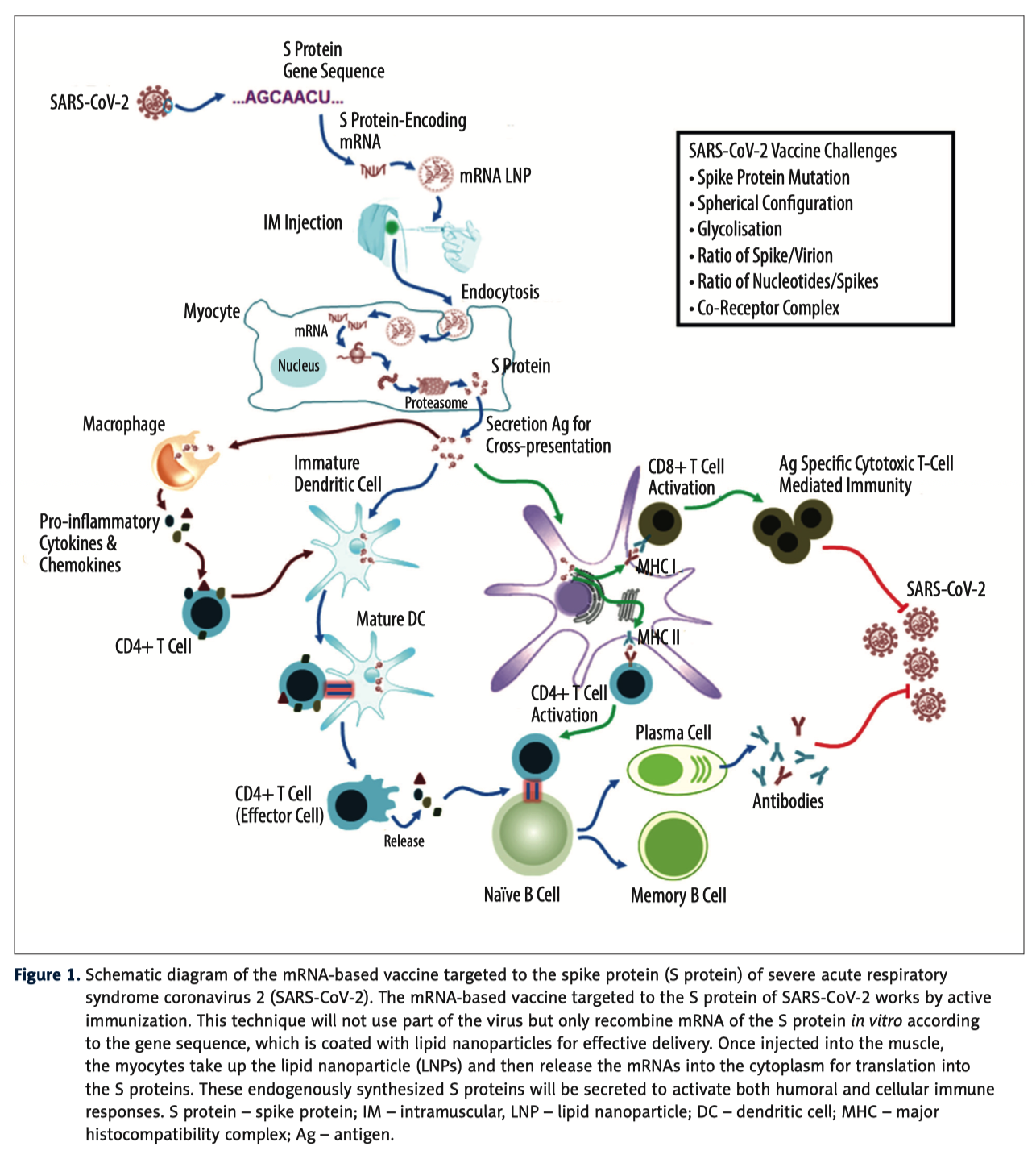 then I have another question for you:

May I speak freely? See the mice in the first image? (Yeah, the image on the left.) That’s you! It’s not a mouse anymore — a cute little mouse in a laboratory somewhere. It’s you. It’s your wife. It’s your kid. It’s your dad — yeah, your dad in the nursing home in Des Moines.

Forgive me for needling you. I’m not trying to be a pain in the ass or a smart Alec. I actually care about you. Yes, if you’re reading this, I care about you. If you’re not familiar with my credentials for asking these inconvenient questions, go to the bottom of this article: they are all listed there. What if I told you that I’ve read scores of articles, science and clinical articles, like the ones copied in the images above. I’ve read and understood them. Have you?

I think I know the answer. “No, I haven’t read them.” Okay, fair enough. This means you trusted the pharmacist who gave you the Covid vaccine shot to have read and understood them, correct? Or the National Guardsman or the nurse who gave you the shot, to have read and understood them. Correct? (Take a real close look at the photograph to the right. Have you ever heard of the Tuskegee Experiment? No?! You’d better read about it. Click here. Someday, my friend, you are going to appear in a Wikipedia article on the infamous Covid Experiment. Of course, chances are you won’t be around to read that article, but you will be among the hundreds of millions of people referred to. Remember, I’m a historian.)

Have you noticed that your medical doctor did not give you the shot? Seriously, have you? Doesn’t this strike you as odd? And yet your primary care physician strongly recommended that you get the vaccine. (Read the article by Meryl Nass, MD, a physician in Maine who is in solo practice and who is paying attention. Solo practice means that Dr. Nass, an MIT graduate by the way, does not need to say and do what the administrators of a hospital or clinic tell her to do. In short, she can practice honest-to-god medicine, unencumbered by a party line and administrative mandates.)

By the way, that primary care physician of yours is likely to be a Physician Assistant or a Nurse Practitioner, that is, people who are not medical doctors. Be that as it may, has your so-called Primary read and understood these science and clinical articles? Are you sure?

Back to guinea pigs. Did you get the jab because this guy, Tony Fauci, told you that you should? Or because he told the government to tell you that you should? Or was it the “trust science” slogan? Or  the hypodermic needle beneath the “trust science” platitude? Or was it because this whole thing was called a “vaccine,” and everybody knows to trust anything bearing the name “vaccine” — don’t they?

Let’s pause for a moment. In fact, let’s go outside and have a smoke. (Mind if I bum one from you?)

What? You don’t smoke? Truth be told, neither do I. I figured you did; I mean I figured you didn’t care so much about your body, because you got the vaccine which you don’t understand in the least.

On second thought, maybe you should start smoking, to calm your nerves. Because what I’m going to tell you may make you kind of upset.

See that cute little vial labeled “Covid-19 Vaccine.” And that appealing bluish fluid in it, with some drawn up into the chamber? What’s in that blue fluid is a molecular-level (called “nano-size”) set of instructions for your body’s cells. Muscle cells. Nerve cells. Brain tissue. Gut epithelium. Kidneys. Ovaries. You get the picture.

All the images at the top of the page, the pictures you acknowledged you didn’t really understand, are illustrations of this molecular-level process, except they’re just images, whereas what’s in that syringe is the real deal.  Rephrasing this, the contents of that syringe, which you allowed to be injected into your deltoid muscle, are carrying out the functions illustrated in the images shown above. 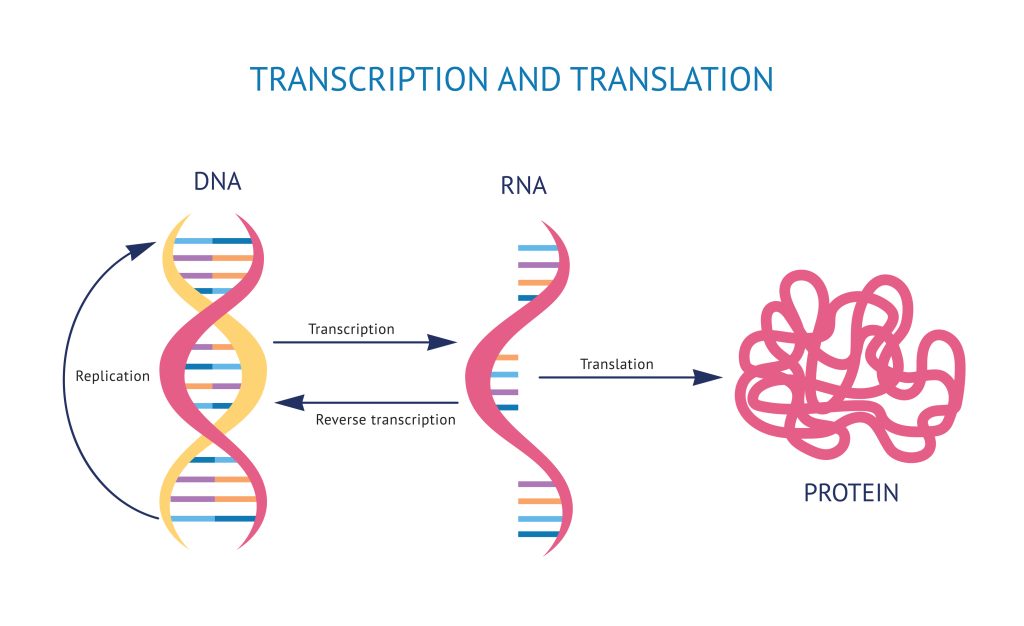 The problem is that everything in that syringe is an experiment, whether it uses an adenovirus or synthetic (zombie) mRNA. In other words, you are a human experiment. Much like the Tuskegee Experiment referred to above, the people doing the experimenting are not paying attention to what they call, in a rather understated way, “adverse” outcomes. The weird part is that the mainstream media is likewise refusing to acknowledge these, frankly, horrific outcomes. This includes death. According to real, honest-to-god scientists and clinicians, there have been several hundred thousand deaths in the United States alone, since the so-called vaccine rollout began. (The child to the right is Maddie de Garay, age 12 at the time of her vaccine. She’s now confined to a wheelchair and she requires a feeding tube. She was one of those “adverse” outcomes. There have been many many millions around the world. Here is one of innumerable websites that has the guts and integrity to report on these.)

Think of the contents of that needle as a flatbed truck carrying a computer designed to reprogram your cellular protein and enzyme production. Notice, in particular, that your God-given DNA has been removed from the process of creating the immune response; instead, it’s being programmed by a strand of RNA made in a laboratory. I refer to it as zombie mRNA making zombie protein structures. 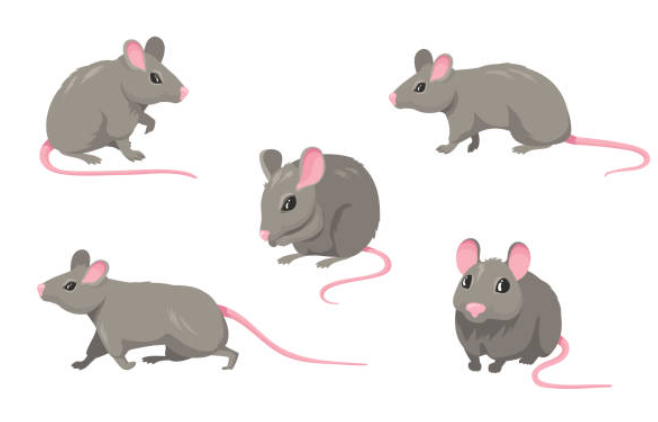 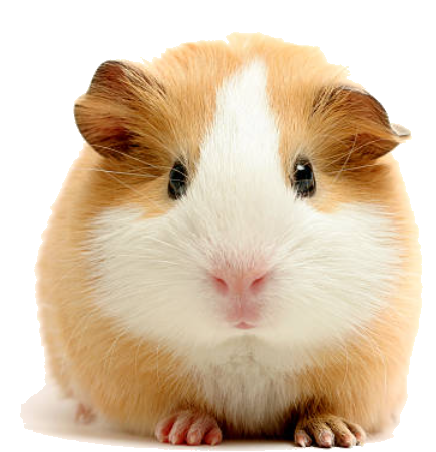 merylnassmd.com-The testing mess UPDATE and how government is cutting out the middleman the healthcare system in Cov 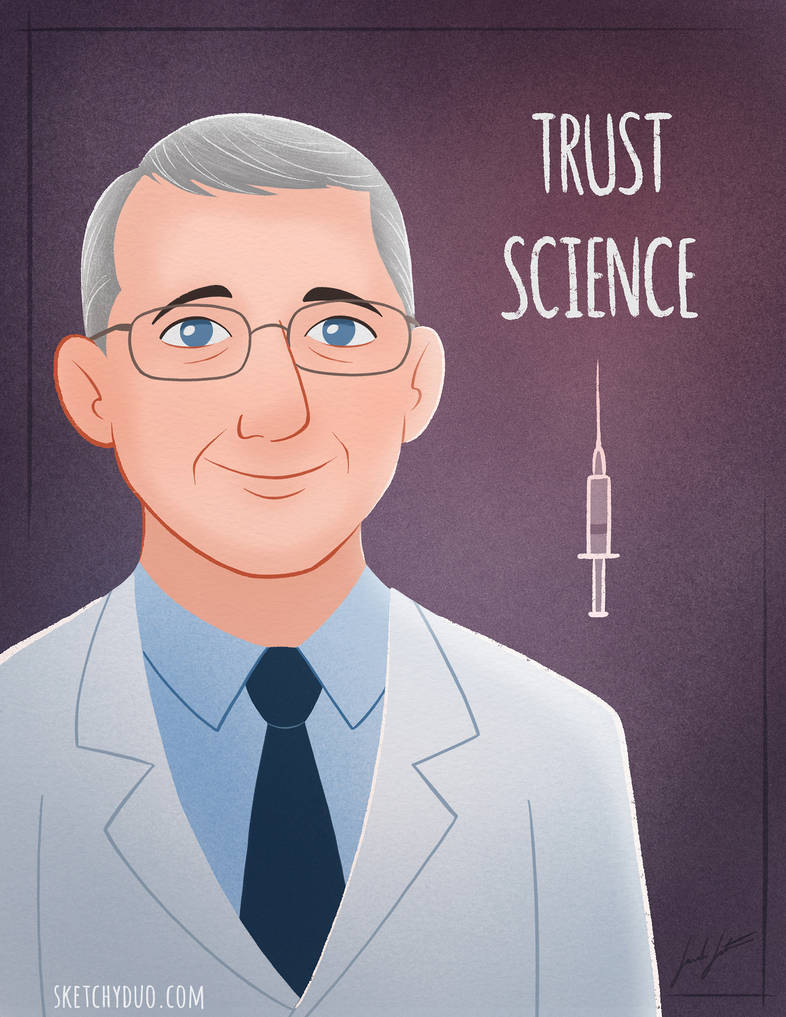 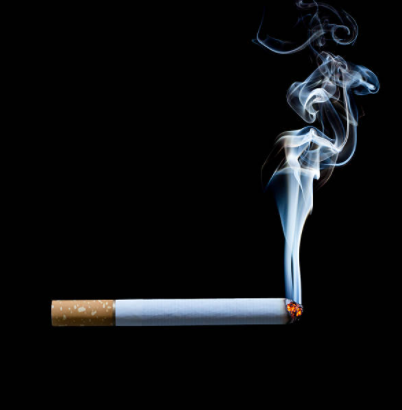 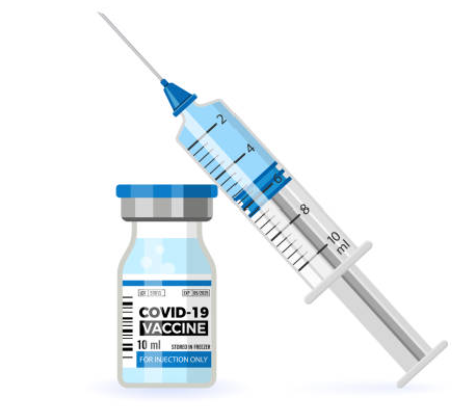 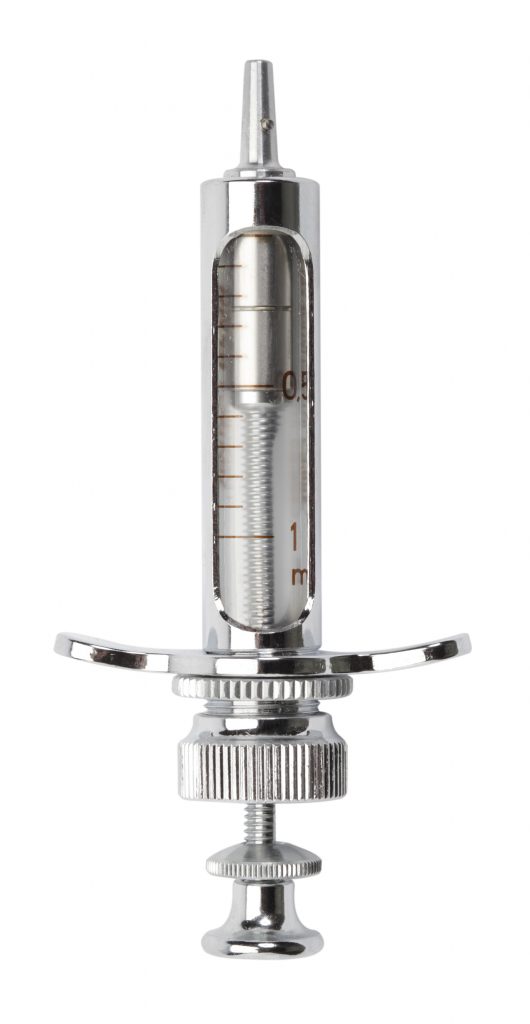 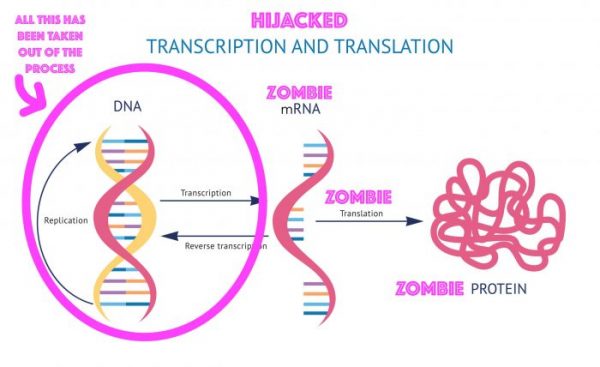 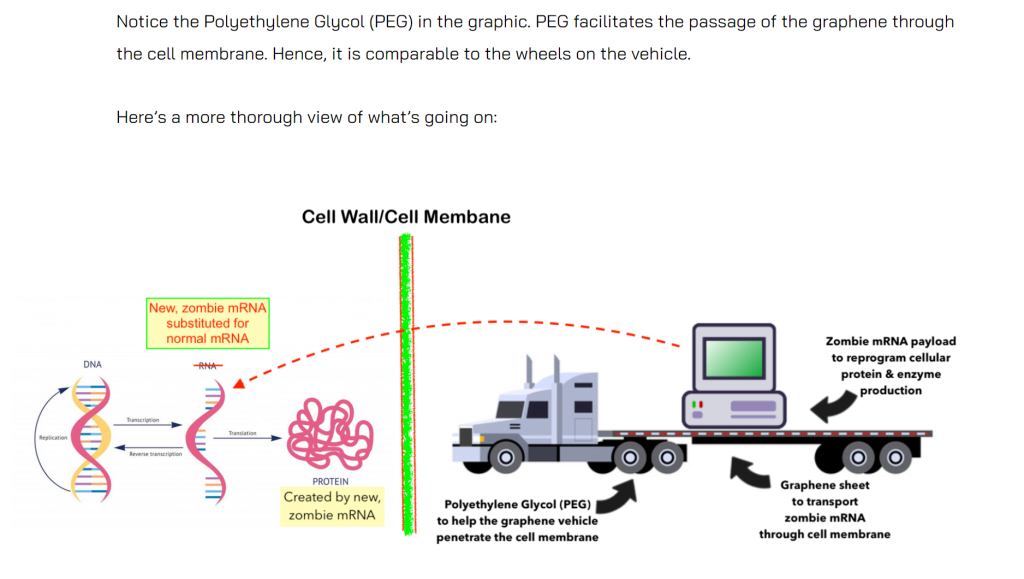 What could possibly go wrong? Just about everything could go wrong and is going wrong! (Are you old enough to remember the Three Stooges?)

Why, you ask, is this vaccine so different from other vaccines, such as the yearly flu vaccine you routinely get?  Never before has a “vaccine” programmed your cells to make a foreign protein.

In most of the usual vaccines, a foreign protein itself is injected, like a modified form of the diphtheria toxin or a manufactured hepatitis B protein. The injected proteins are (1) devoured by macrophages, (2) drained out of the deltoid muscle into lymph vessels, (3) taken to the lymph nodes, and finally (4) presented to the B and T lymphocytes, there to provoke selection for close-matching antibodies and lymphocytes.

(There are also live viral vaccines using so-called weakened—be skeptical of this word, “weakened”—viruses that follow different paths in the body.)

With the Covid vaccine, for the first time in the history of medicine, Drs. Larry, Mo, and Curly Joe (Three Stooges) are programming your cells to make, as I say, a foreign protein.  In fact, they are programming your cells to make the spike protein from the Covid-19 virus—the protein that causes the most lethal, prolonged, downstream effects: the blood clots, inflammation of the heart muscle, generalized “cytokine storm” (like sepsis), and the generalized inflammatory syndrome in infected children.  Good Lord! Please understand: it’s this part of the virus, the spike protein, that causes these effects.  The friggin vaccine makes your cells and organs manufacture this disastrous protein (click here)!

Which of your cells make this protein?  Answer: This is uncontrolled, unpredictable, and unknown.  (See the Three Stooges, above.)  There never were any animal experiments that studied where the vaccine particles went with their spike protein-forming payload, only studies of where similar particles with a harmless, glow-in-the-dark protein ended up: in the hearts, livers, and ovaries of sacrificed experimental rats. (I repeat, see the Three Stooges, above.)

The Covid vaccines were released without knowledge of which cells and organs would take up the foreign mRNA and start churning out spike protein.  Some cells secrete the spike, as it is found in the bloodstream for a day or two after vaccination.  Some may only partly secrete the  spike, leaving it sticking out of the cell membrane.  A foreign protein sticking out of a cell is a prime target for attack by white blood cells and a cell-destroying part of the immune system called the complement cascade, especially if you already have antibodies around (from your last shot or the Covid disease you had earlier) that stick to the foreign protein sticking out of the cell.  These antibodies flag the cell for destruction. (The Three Stooges strike again!)

Dominique, a professional model, is a victim of this bullshit! Forgive my vulgarity, but, honestly, there’s really no other appropriate name for this outrage. It is so f••king stupid and clumsy, you wanna smash your fist into a wall! You couldn’t make up anything dumber than this! And for governments and employers to mandate this: Oh my God!

You can read about Dominique here. 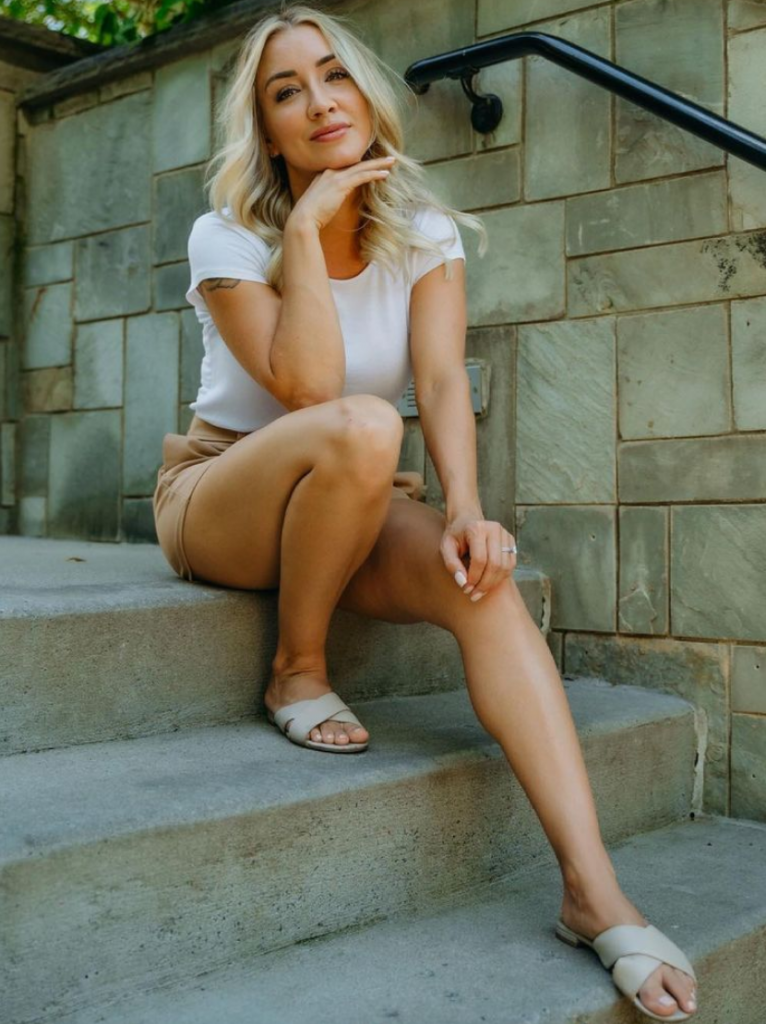 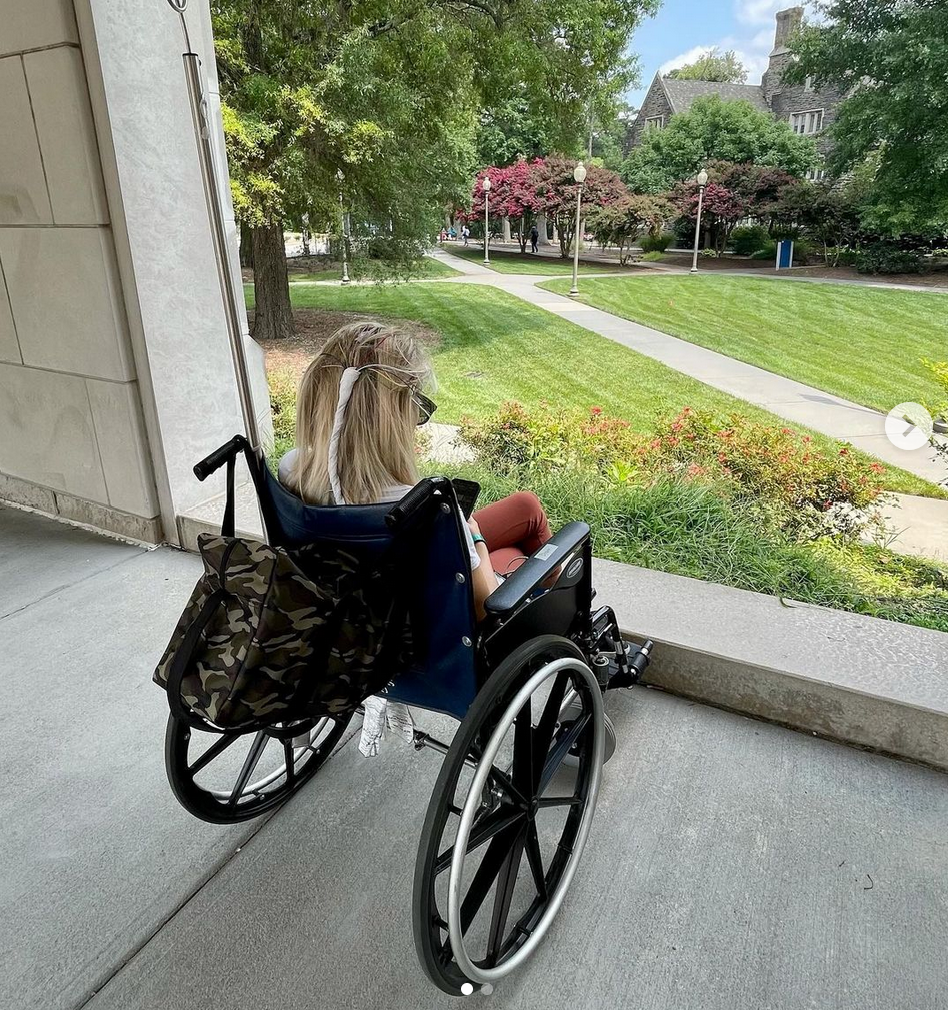 If you’re wondering if she will ever walk again (last I heard, she was not), ask the jackasses who made this shit. Or ask your so-called Primary who, if he or she hasn’t explained to you everything I wrote in the section above, is a damn fool and should be run out of town. Worse than a fool, any so-called health care provider recommending this is by definition a criminal.

Instead, ask this physician. Michael Palmer, MD. You can read about his credentials here. Dr. Palmer is both a physician, who happens to have trained at one of Germany’s oldest and most distinguished medical schools, and he’s a certified medical microbiologist. Interestingly, he is a professor of biochemistry at the University of Waterloo, Ontario, Canada.

If you quizzed Dr. Palmer on all those pictures I showed at the top of this article, he would get a 10 out of 10. You see, he’s an expert in this stuff. And because he’s an expert, he wrote this letter to his department chairman, to the dean of the faculty of science, and to the president and chancellor of the university. He titled his letter, “The University’s illegal Covid vaccine mandates.” I urge you to read it.

I return to the question posed above:

13 thoughts on “Why in God’s name did you get the Covid vaccine?”