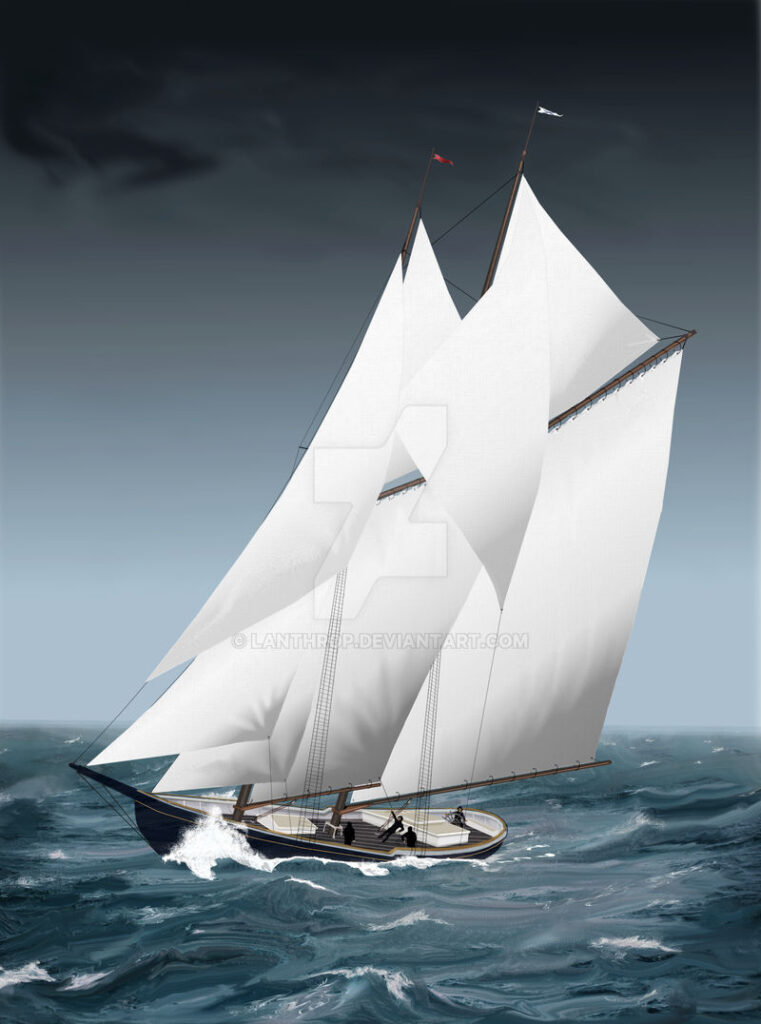 This is a story of a schooner named “History” and of two navigators whose hand will be on the tiller of this mysterious vessel as it sails toward a destination as yet unknown. 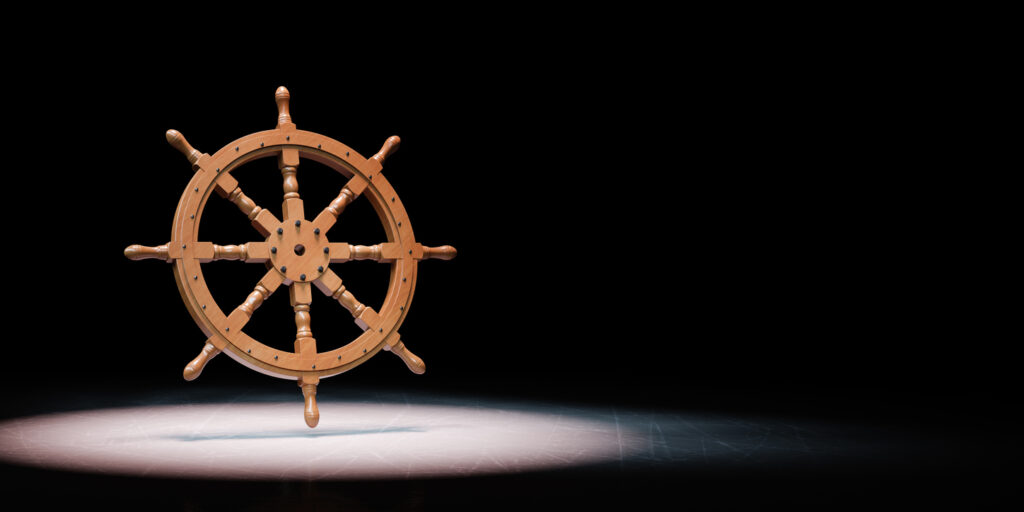 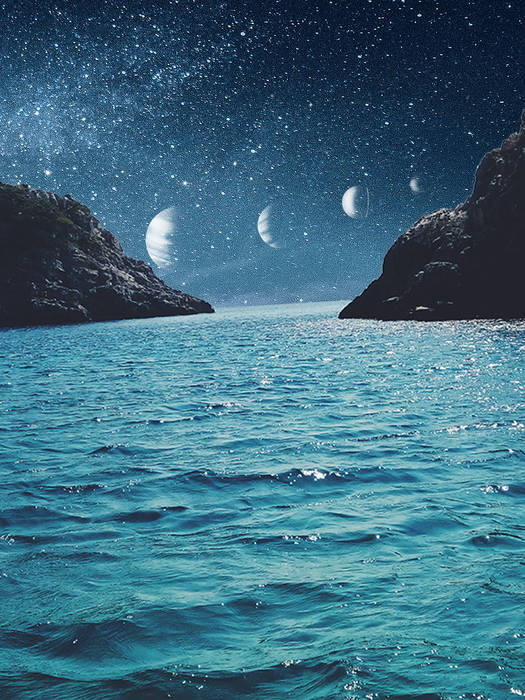 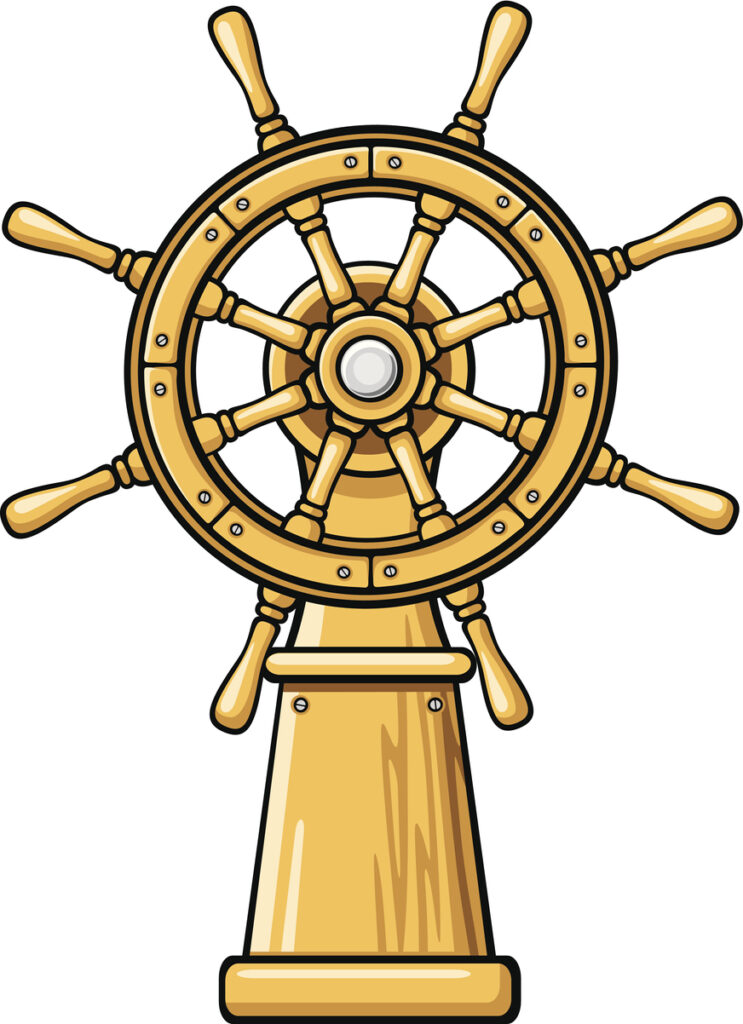 Mysterious? Why mysterious? History, my friend, is a mystery. We’re not certain where it came from or what its purpose is and where it’s headed.

History is the sea. A sea made of time. The narrator of time is mankind. We are the narrator and keepers of time. And yet we don’t understand time, time past or time future.

It’s all a mystery. The best we can do is stay together and keep a wise and steady hand on the helm.

The plot thickens. The sea of History we navigate is itself contained in a bottle adrift in an even greater mystery, the unfathomable sea we call the universe.

Our vessel is so tiny and frail in this sea within a sea.

Our vessel is the Village of Malone. Our vessel is Franklin County.  Except the names don’t matter. They are an illusion, for the vessel is all of us in this community.

It behooves us to be kind to one another. The alternative is chaos and misery, a ship lost at sea.

The Pulitzer Prize-winning poet, Gary Snyder,  put it this way.

To climb these coming crests
one word to you, to
you and your children:
stay together
learn the flowers
go light 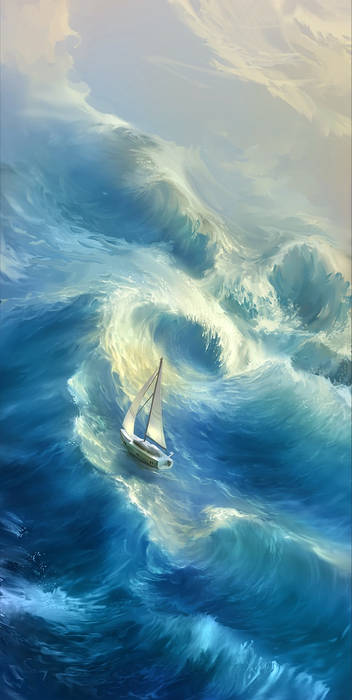 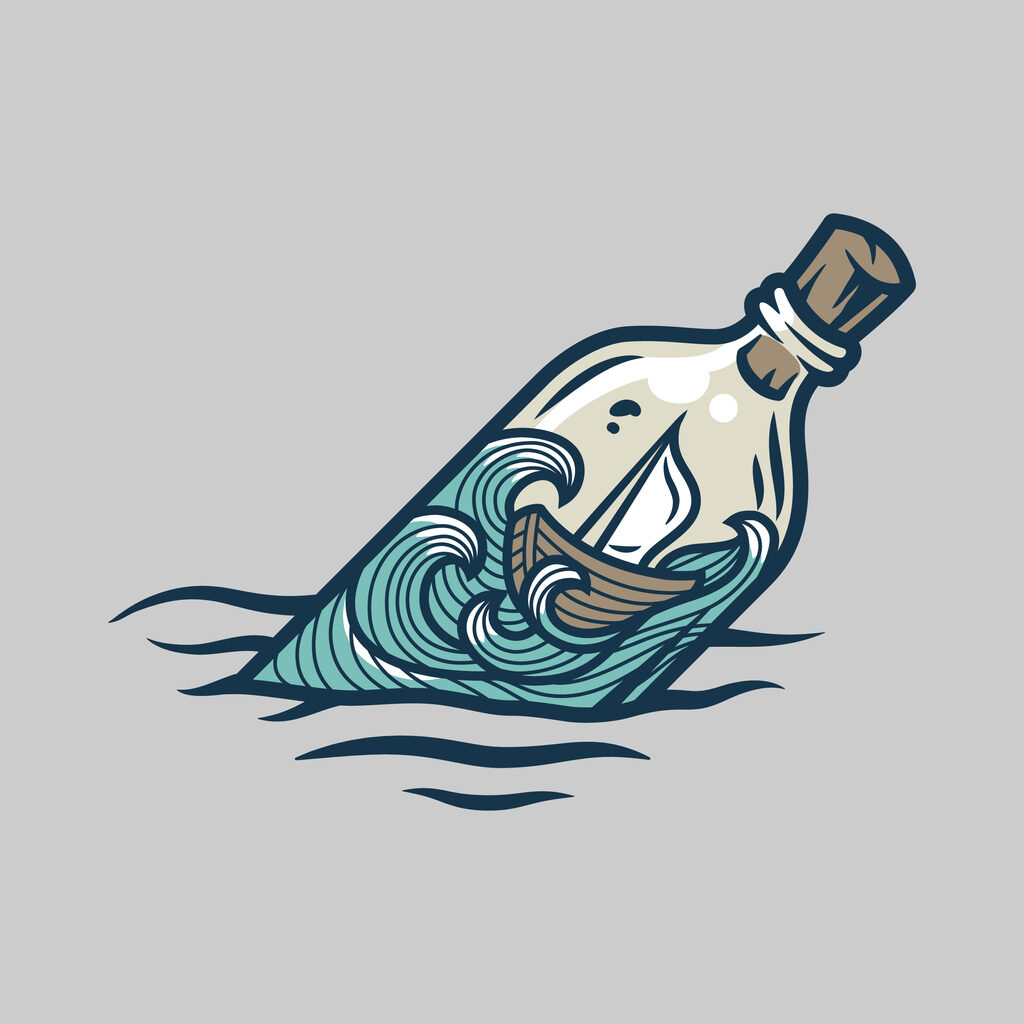 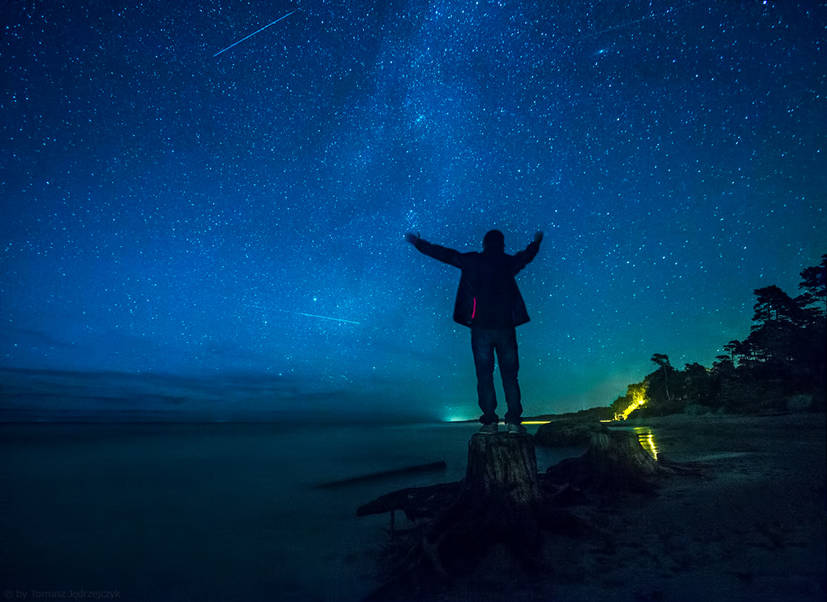 The crests are waves.

One word to you and your children. Stay together. Learn the currents, the shoals, the weather. Go light. 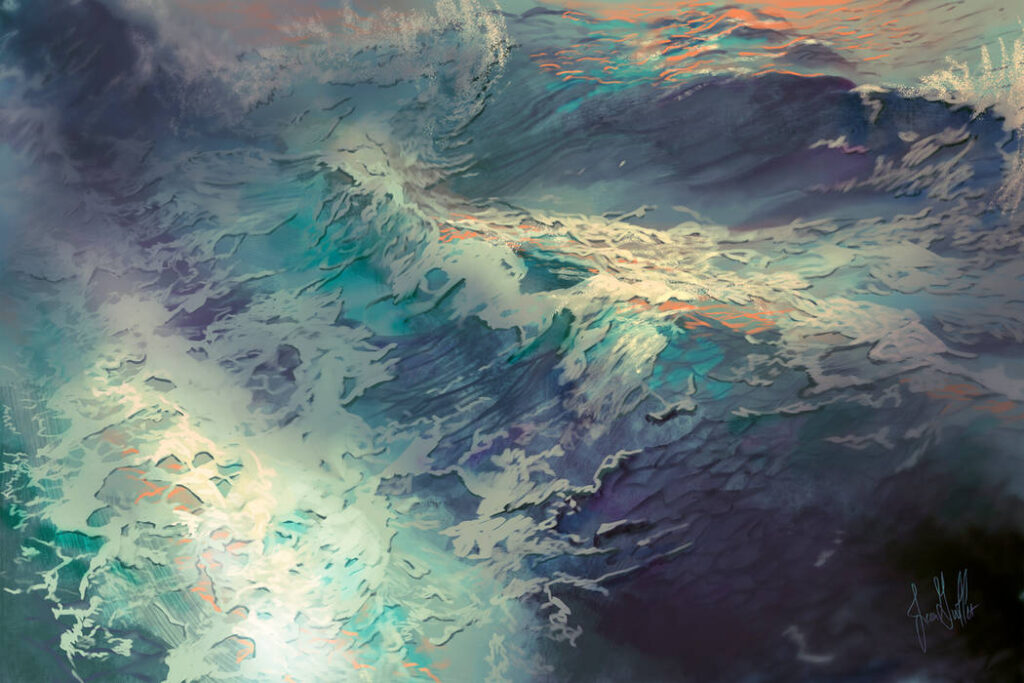 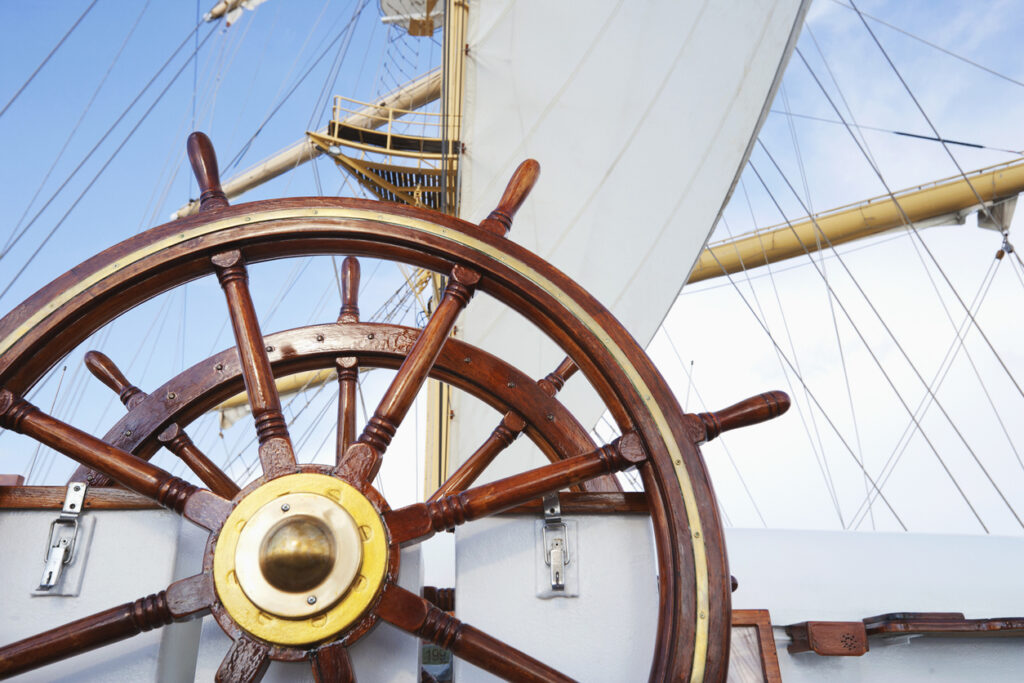 Jay is a big man. Brawny. Broad-shouldered. Tall. And curiously shy. He wasn’t happy with the media circus after he shot David Sweat.

When I interviewed him, he had just come in from chopping wood. He’s a farm boy from Burke. Played baseball and soccer in high school.

The journey to the gray uniform began with a stint in the Air Force (Texas), then back to Malone as a Franklin County deputy jailer, then corrections officer, then trooper (hired 1994). For years he was a state police firearms instructor and member of the Traffic Incident Management Team out of Ray Brook.

As a marksman, he’s a legend. He says he’s never fired the 9 mm Glock he won as a firearms instructor. (My guess is his grandson will have this honor.)

Jay Cook will be our next sheriff, taking over the helm from another very capable sheriff, Kevin Mulverhill.

The two have much in common. Both grew up locally as country boys. Both boys wanted to become state troopers. I have spent hours speaking to both. Both are wise and thoughtful. They listen well.  Both are excellent navigators. 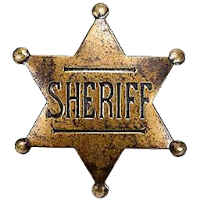 But  I am talking about something more weighty and meaningful than simply being sheriff. It’s being a navigator for this vessel. Someone who grasps that he is taking us into the future, an uncertain future, a frightening future in some ways.

Call him Sheriff if you like, but he is above all a navigator. 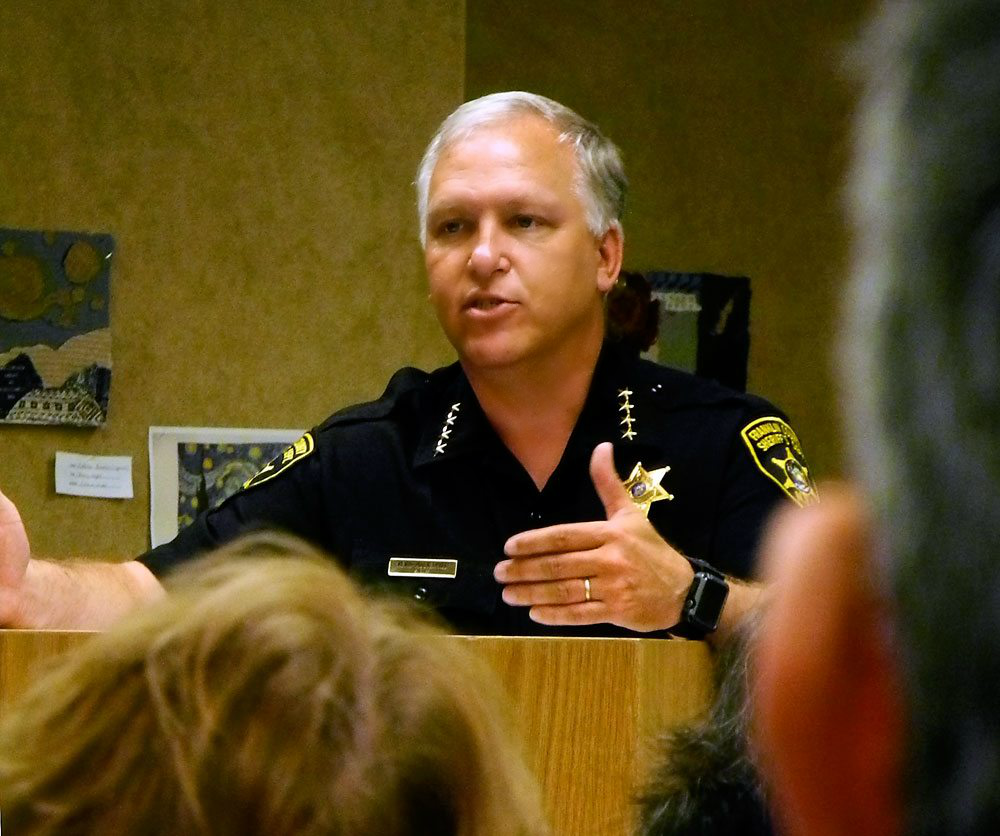 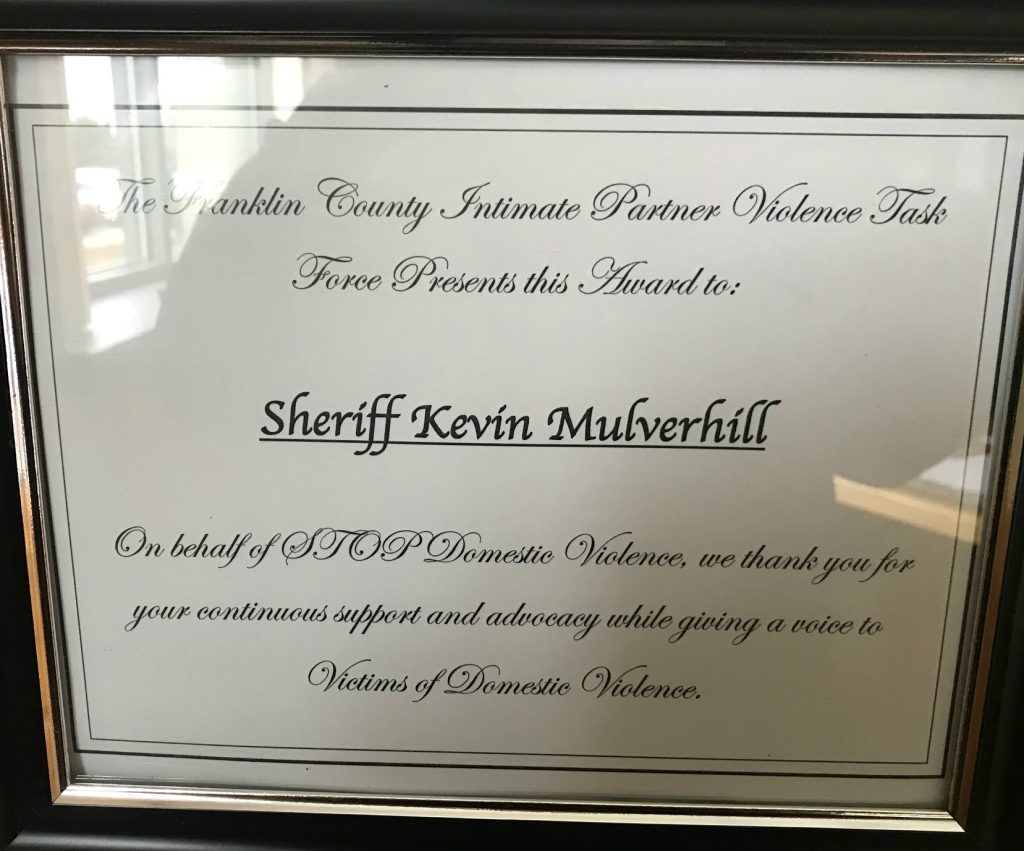 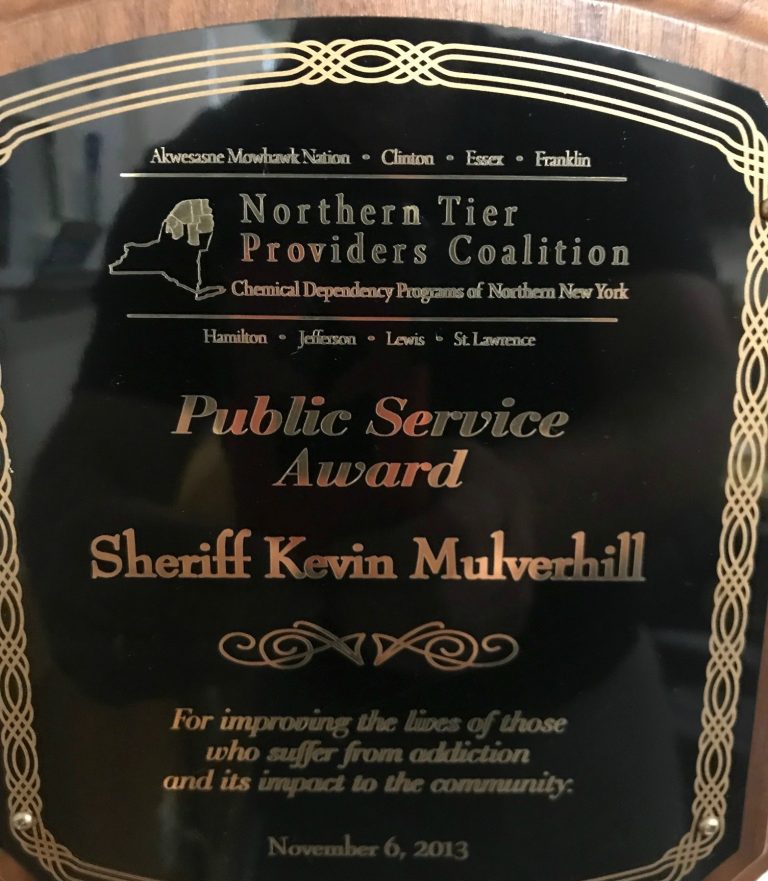 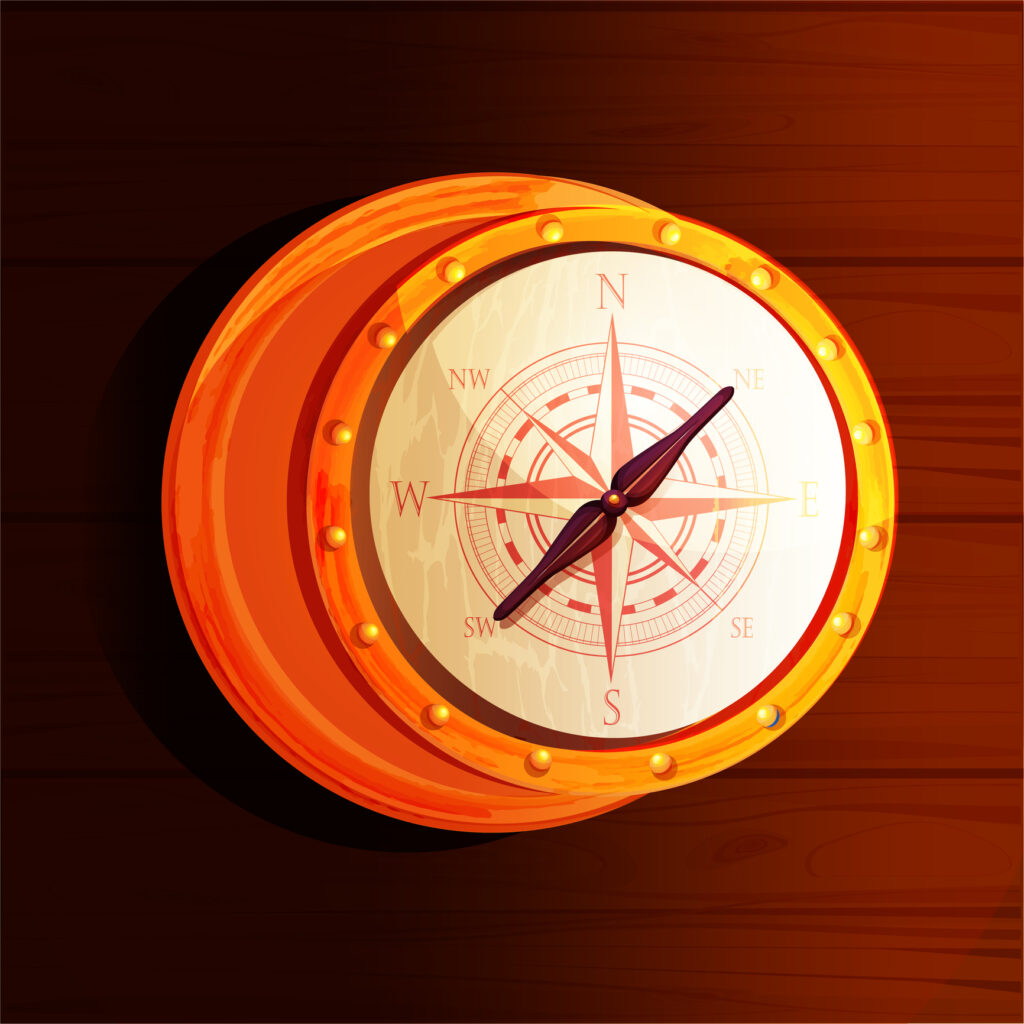 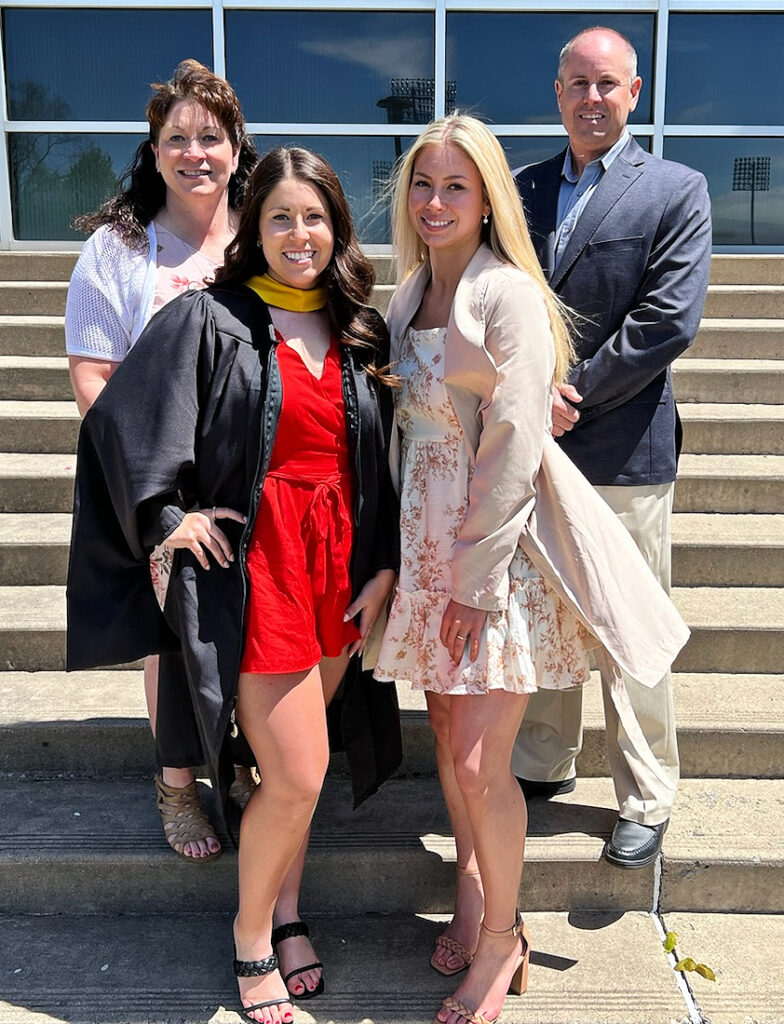 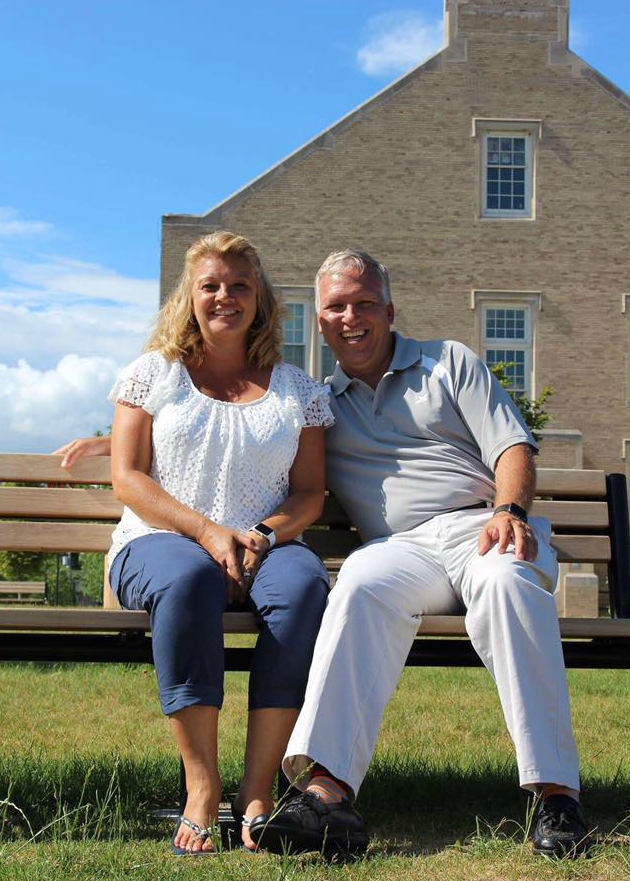 Sweat’s first words, after you dropped him with two famously aimed rounds, were, “I just wanted to be free.” You taught this pitiful man that freedom means accepting responsibility for committing heinous, villainous murder. “Freedom means changing your life, Mr. Sweat; yes, even if it’s spent in prison.”

Someday he may grow sufficient intellect to realize the wisdom, the gift, you bestowed on him with those two rounds. The county jail will be full of such men and women, most of them repetitive fools. Caught in a trap of their own devising. Slow-motion suicides, all of them.

Yes, she has a B.A. degree in French language & literature from Queens College (City University of New York).

Yes, she lived in NYC where she was a receptionist/paralegal for a Manhattan law firm. 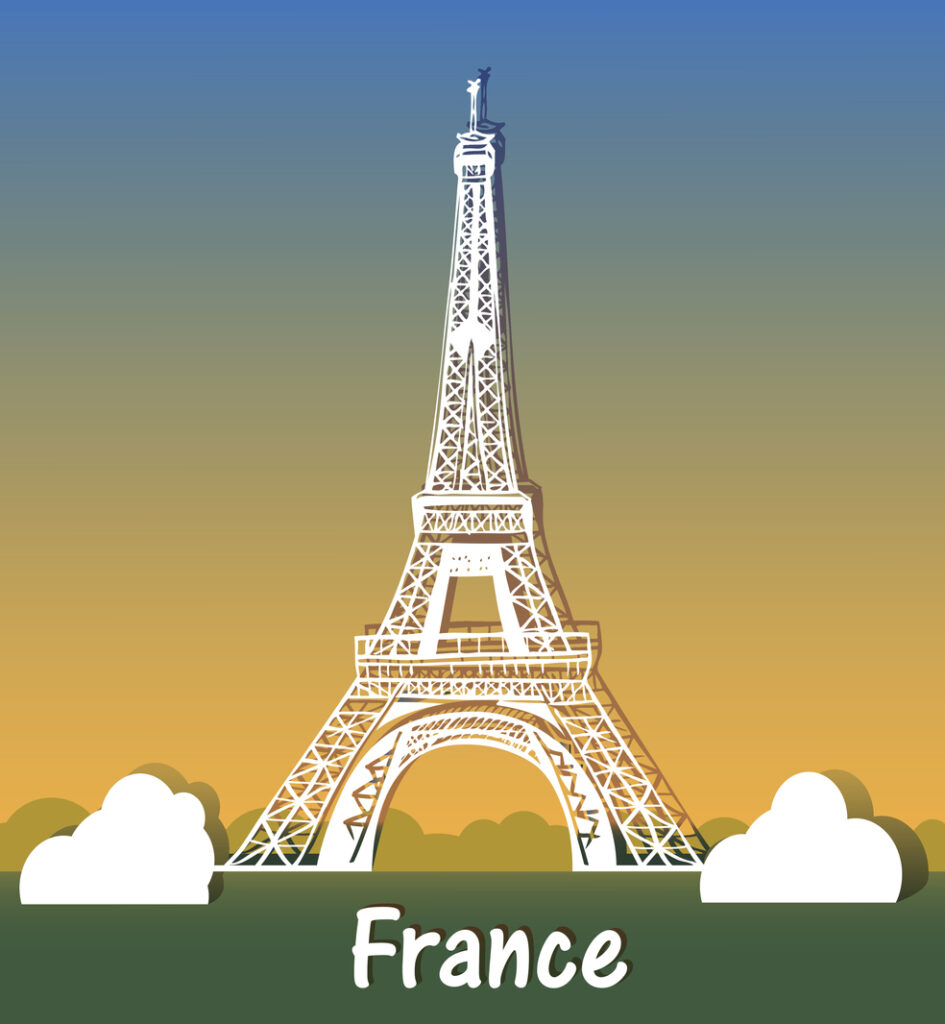 Yes, she enrolled in the MBA program at Clarkson University last year, which she has parlayed into certification as a Chartered Financial Analyst (CFA). 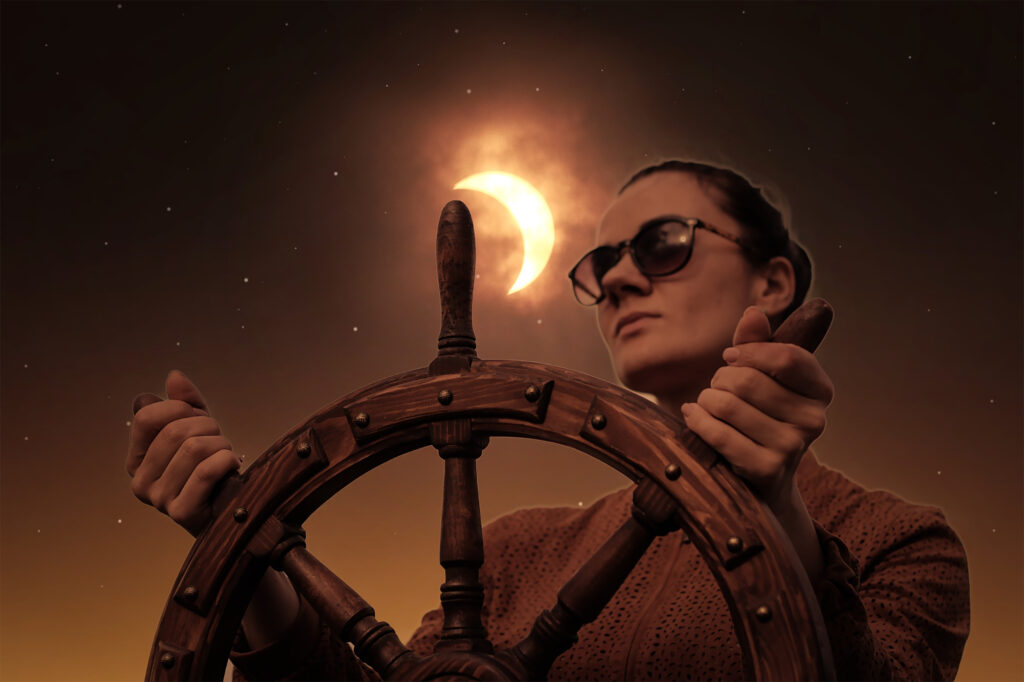 Crista is a born navigator.

Yes, she attended the Massachusetts School of Art (Boston), majoring in graphics, fashion design, and ceramics, though her passion is architecture. 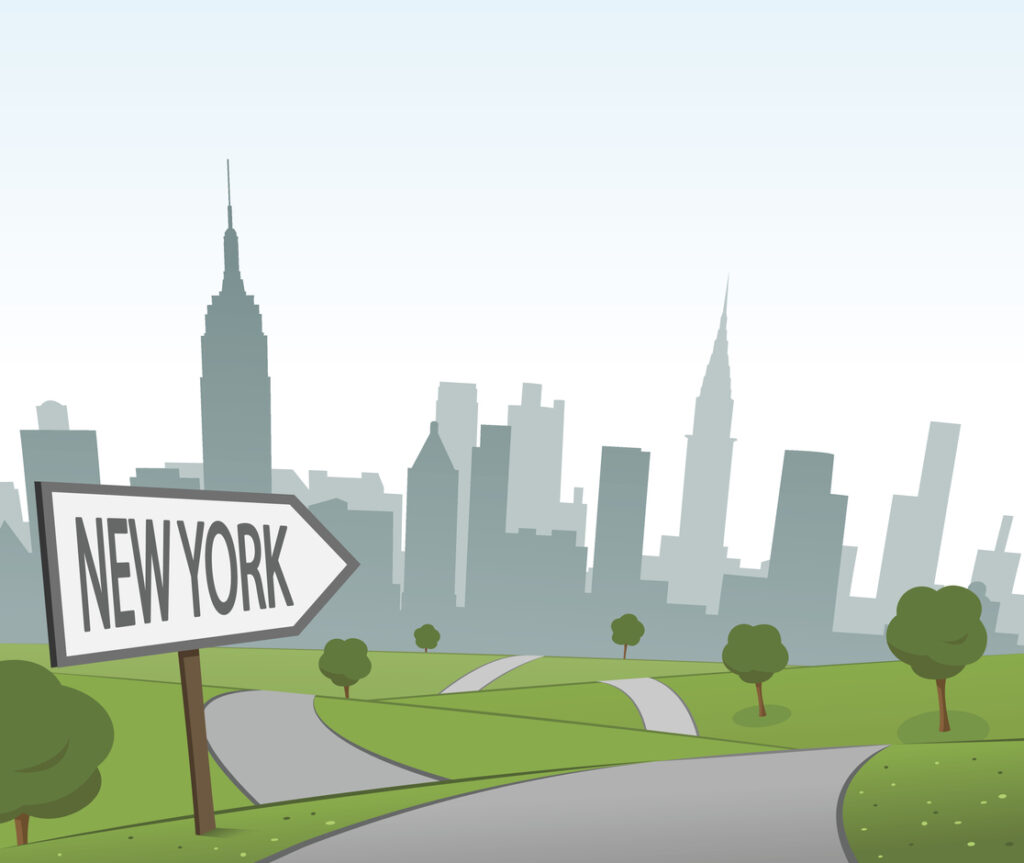 Yes, she’s just as much at home in Paris, Tunisia, and Morocco as in Malone.

But this stuff doesn’t matter so much. Here’s what matters:

She’s from Massena, NY. She knew Massena when it was thriving and lovely. Then she watched it go to hell—become a shipwreck.

What matters is that she returned to this shipwreck. She didn’t have to, yet she did.

She returned to Massena and was appointed to the Massena Business Development Corporation by Mayor James Hidy and Town Supervisor Joe Gray, serving on the board for 5 years. 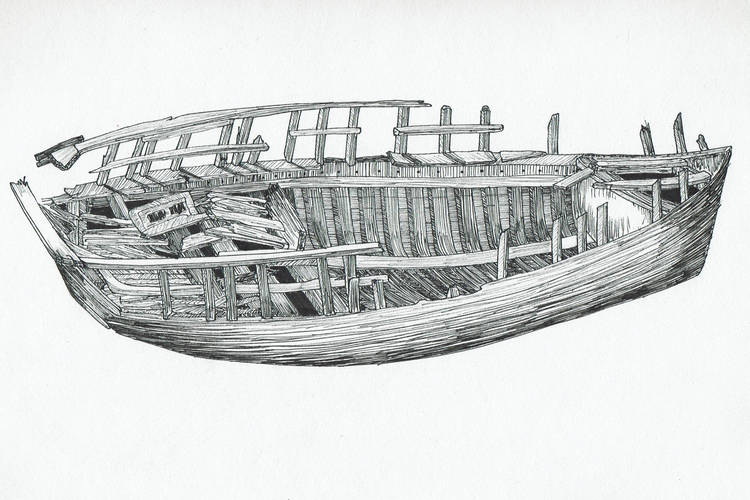 The following is in Crista's words
What Crista says, below, matters a great deal Crista is running for Village of Malone Trustee, on the Republican line. Whether she wins or loses, we need this woman to dive into community leadership and bring her formidable skills to bear on our formidable problems.

While I was on the Massena Business Development Corp. board, my goal was to get the other board members’ support to begin the process of revitalizing downtown Massena. (It’s got historical value. It’s the core of the community and holds many beautiful childhood memories for me.)

Initially, it wasn’t a popular idea. The board was more focused on larger, “more important” issues. While I was on the board, RACER (Revitalizing Auto Communities Environmental Response) Trust took over the old GM site for remediation and redevelopment. We also succeeded in installing the rail spur connecting rail service to the industrial park owned by the Business Development Corporation.

All the while, I kept pressing the board about downtown revitalization. I wasn’t the first person to lobby for a revitalized downtown, but I was in fact the main voice in getting it off the ground, with two successful rounds of NY Main Street grants awarded during my tenure.

We won the first NY Main Street grant for $250,000 to improve façades and basically address cosmetic and structural needs of the downtown corridor. I also assisted in administrative capacities for the grant and for the small businesses that received awards. Plus I worked with the development consultants and architecture firm to draw up a cohesive plan, new codes, and future plans to grow into as we progressed. This included things yet to be realized in the form of a river-walk along the Grasse River, more water access and recreational spaces for the community, and further ideas and possible plans for this renewed heart of the community. Best of all, all this gave the community hope for a rebirth of the downtown.

I also co-founded the Massena Arts and Theater Association (MATA) during my years with the Business Development Corporation. MATA was a 501(c)(3) that supported the restoration of the historic Strand Theater. The Strand is an anchor for downtown. It had fallen into disrepair.

I left the Business Development Corporation because of complications in the pregnancy of my son, which left me hospitalized for 4 months. I knew that Massena was in good hands, however. We had a terrific board and accomplished a great deal with the modest funding we got from the town and village.

I’m delighted that, because of all those years of effort by the Business Development Corporation, last year Massena was one of the winners of the  NYS Downtown Revitalization Initiative for $10 million.

For the past 15 years I have done private business consulting. I have a sizable list of vendors I work with, curated to the needs of my clients. I focus chiefly on increasing efficiency and lowering cost, as well as marketing and branding, website development, etc., for my clients.

This woman is a gift from God. 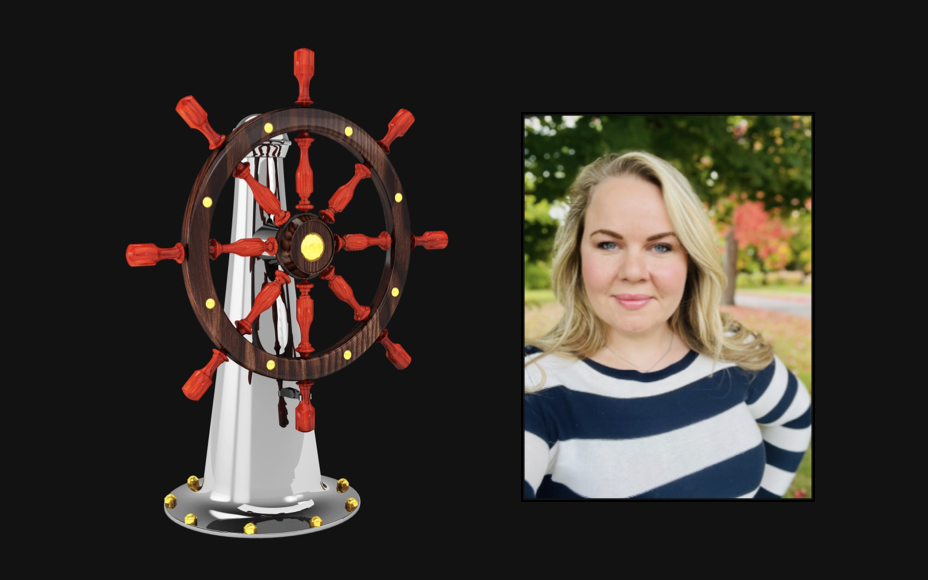 Should I add that Crista's a markswoman? (Um, Jay, did you know this?) She's a sharpshooter. Like the legendary Annie Oakley. (Whoa! Take a close look at the scope on that rifle.)
When she lived in Texas, she owned a Glock 9 mm. "Were you any good with that thing," I asked wistfully? "Yep," she shot back.
(Jay, next time there's a prison break, you know who to call as your partner.)
Comments are welcome! We encourage comments, no matter how brief or lengthy. Please be polite. Your email address will not be published. Your comment is seen only by you, until moderated by the editor.