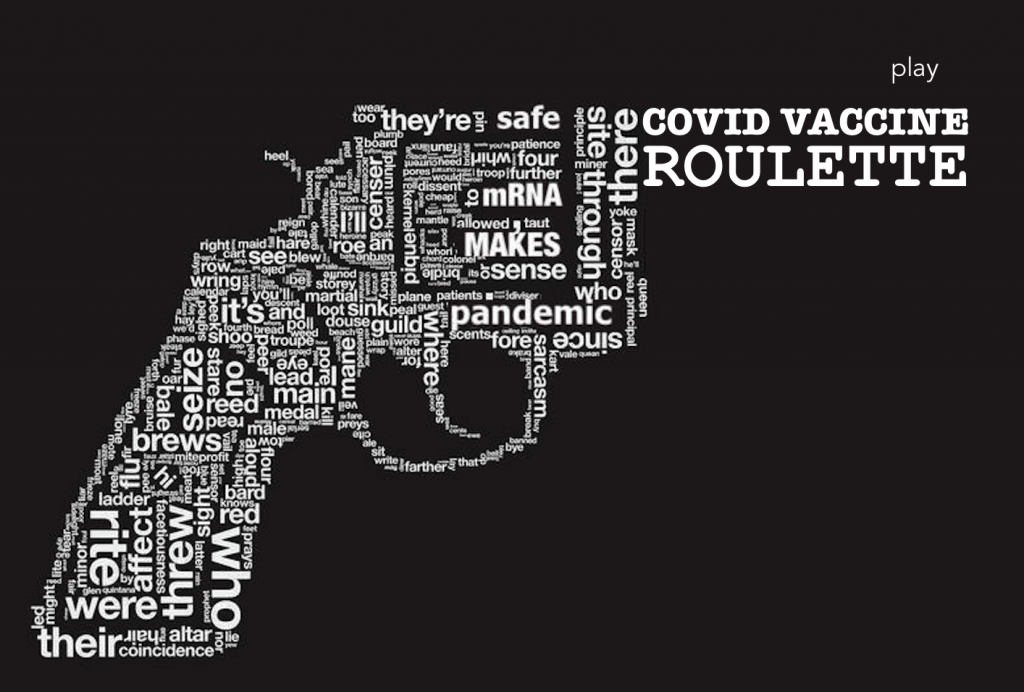 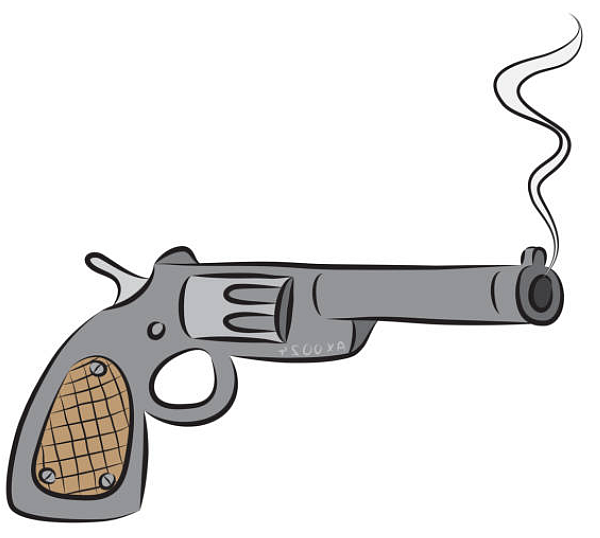 What are your thoughts on playing Russian roulette ?

There’s something wrong.  First, Covid: the disease that should never have been.  Created in a virology laboratory in China.  This was an insane thing to do.

If that wasn’t bad enough, there is now the Covid vaccine.  A half dozen varieties, globally.  In North America, Pfizer and Moderna.  Both are problematic, immunologically. The messenger RNA (mRNA) and the lipid(s) on the surface of the mRNA are a wild experiment in genetic engineering.

Traditional vaccines were dicey enough; this one is over the top. If you were to study immunology, two things soon become clear:

The key principle in immunology is “what is self and what is non-self?”  Your B and T cells, together with other lymphocytes, are programmed to hunt for and vanquish anything that looks like “non-self.”  In other words, anything that enters the body that doesn’t have your particular cellular “fingerprint,” as it were.

Centuries ago, when smallpox was a serious epidemic, the English country doctor, Edward Jenner, acting on a hunch, inoculated pus (dead cells) from milkmaids (who had a very mild disease called cowpox) into people who never had cowpox or smallpox.  His hunch was right: cowpox-inoculated people didn’t get smallpox.  From this humble yet brilliant experiment, modern vaccines were born.

With the Covid vaccine, the cellular game of “what’s self and what isn’t self” has entered a new dimension of brilliance and, yes, risk.  The notion of using mRNA and getting it into our cells is ingenious, yet a huge gamble.  These are uncharted waters.

Pharmaceutical companies were under tremendous pressure to produce a vaccine at “warp” speed.  This is the first red flag.  Normally vaccines go through years of testing and feed-back testing and more testing before they get FDA approval.  Even then, they can be disastrous.  The disasters are yanked from the market real quick.

You see where I’m going with this. We’ve got a global epidemic from a weird virus (all viruses are weird, by definition) that’s weirder than usual because it was deliberately armed with not-entirely-understood surface proteins.  (That’s part of the problem, those surface proteins. If this doesn’t constitute weaponization, then I’m a full-blooded Cherokee Indian. Virologists sure as hell were not manipulating exotic bat viruses with a humane purpose in mind.)

So, that’s the disease agent. Now add a dicey vaccine to this bizarre mess. (When I was a crude teen, I would have called it a shit-show.)

Dicey? There is a growing body of evidence that the vaccine is as bad as the disease.  The problem is that the evidence is largely “anecdotal.”

In science and clinical circles, “anecdotal” is a dirty word, worse even than “shit-show.” “Hearsay.”  “Uncorroborated.”  “Alleged.”  Words like this are trotted out for anything that fails the clinical sniff test.

And yet, the anecdotal evidence is becoming voluminous.  Besides, there are patterns emerging from these sequelae to the vaccine.

At this point, one wonders if governments are systematically monitoring outcomes.  Here in America, is the CDC charting morbidity (disease/illness) and mortality (death)? Or are governments and agencies like the CDC and the medical establishment closing their eyes and saying, “Damn the anecdotes!  Full steam ahead!”

I’m a historian. I know too many stories of horrible things happening where  governments were perpetrators or complicit or simply looked the other way.  Too many stories of the populace ignoring something large and horrible going on in plain sight (for instance, the thousands of Nazi death camps), because the government claims either it’s not happening or the government and media refuse to acknowledge it. (Yes, there were thousands of these camps.  Right under people’s noses. Hannah Arendt referred to the tendency to shrug this off as “the banality of evil.”)

Take a look at the compilation of anecdotes, below.  Taken largely from Facebook and Twitter regarding post-Covid vaccine disasters.  It’s sobering reading.  I find it more than sobering; I find it terrifying.

Terrifying because I’m a conspiracy nut? I know of no reputable historian who is a conspiracy nut, by the way.  No, it’s terrifying because (a) I’ve seen too many cover-ups in the last 2,000 years of human history, and (b) as someone with graduate level training in immunology and molecular biology, I am not surprised the mRNA vaccine is committing mayhem.

When do we know which way it’s going?  Or is it somewhere between brilliant and catastrophic?  Or does it depend on the immune apparatus of each particular individual?

I don’t have good answers.  You will have to answer this for yourself.

Hippocrates is famous for his Golden Rule in medicine: primum non nocerum.  “First, do no harm.”  Does this apply to the pharmaceutical industry?  How about this:  Are there circumstances when it’s okay to inflict harm if it’s inadvertent and holds the possibility of doing good?  When does the factual evidence become sufficiently compelling that those administering the so-called cure must desist?  Lastly, between the media and governments and medical profession and pharmaceutical companies, is evidence of harm being suppressed or tuned out because someone has decided it’s, by definition, worthless—“mere anecdote”? If this is the case, is it worthless or, more truthfully, inconvenient?

As I said, I don’t have good answers.  I recommend the webpage, below, in the spirit of finding answers.

Click on the revolver for hundreds of anecdotes on post-vaccine death and illness. 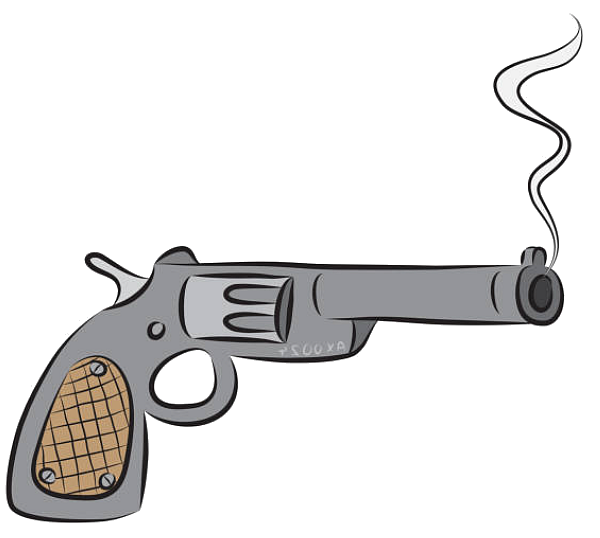 Bear in mind, these are people who played Russian roulette with the vaccine and discovered, as Drene Keyes did several days ago, there was a live round in the chamber.

Play Video
Comments are welcome! We encourage comments, no matter how brief or lengthy. Please be polite. Your email address will not be published. Your comment is seen only by you, until moderated by the editor.