If you live in Malone you’ve doubtless seen the striking new doors on the Congregational Church.  Meet the builder.  Surprisingly young. (I’d guess he’s in his late twenties.) I figured that the art of making iconic wooden doors would be more likely found in an elderly, seasoned artisan. Someone with a gray beard.  Not in this case.

David is largely self-taught.  He watched his grandfather (who raised him) and several other craftsmen. The rest came from YouTubes and websites.  A graduate of Clarkson with a business degree, he turned his back on all that to work with wood.  To work not so much with power tools, but his hands.  It’s kind of mystical.  Don’t ask him to build you a house.  Tell him you want a set of beautiful doors, and watch a grin spread over his face.

Notes on my conversation with David:

David tried to match the doors to the originals, including the width of the diagonal pieces/insets.  “On the 45° angle portion, there is one little piece that is slightly wider on one door than on the other, because this is what the original doors had. I matched everything up with the original doors. The originals did not match perfectly, either.”

“The original doors were made of individual bead boards, not glued together. I made the new ones out of panels that were glued together to look like the originals, because I didn’t want water infiltrating them and rotting them like the originals.  Thus you will notice differences in the doors in that respect. Also, the moldings on the interior of the new doors are more elaborate than the originals, because I wanted to add something unique to the new set and I felt the more elaborate moldings would set them off nicely.”

The Franklin County Historical Society was insistent about wanting original doors. “The

originals were oak of some sort, though it was so rotted you couldn’t tell what kind of oak, plus the originals had a softwood core, like a Douglas fir.  My doors are built of solid white oak.”

The originals didn’t have dowels. They had almost nothing: they had a mortise and tenon joint at the top and bottom and the center supports were screwed in.

“When I did the mortise and tenons to put everything together, I used dowels to hold the joints, to keep them from ever coming loose.  I was concerned that these doors are going to see sunlight a lot in the summertime. The wood can reach a temperature of 100 degrees.”

Thus, David wanted a backup to the wood glue.  “The old doors, when you stood them up, just flopped in the wind — this is how bad they were!”

David believes the doors he replaced were original to the church. 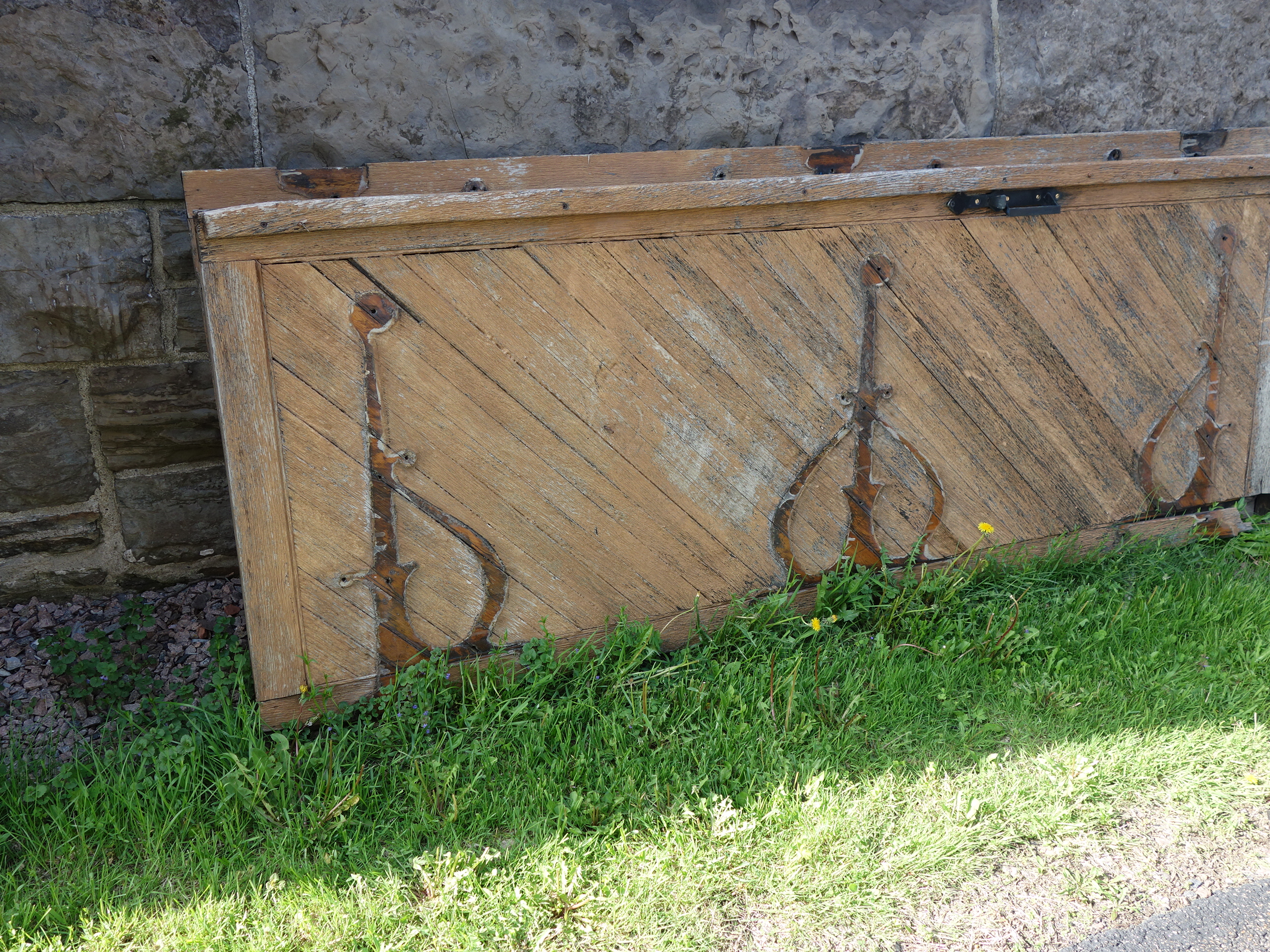 These are now leaning against the back of the church, next to the Steenberge driveway. Note that the metal bands were removed by David to be refurbished and re-used on his new doors. (Mouse over the photo to zoom in.) 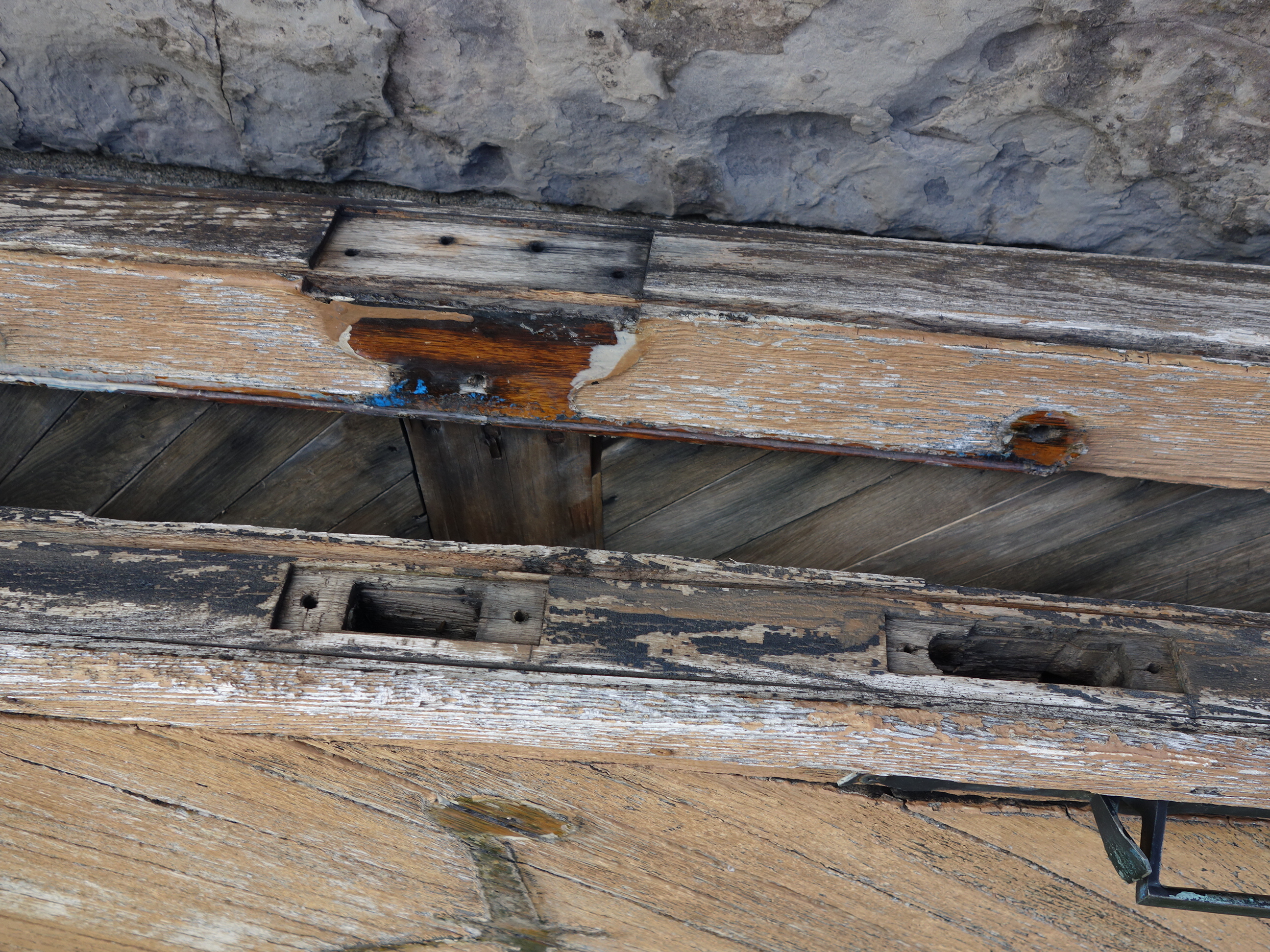 Hardware was removed by David to be re-used on the new doors.

It took David a month and a half to complete the doors.

Ellis Automotive donated its services to the project. They sandblasted and painted the hardware. (Ellis does a lot of community "goodwill" like this.)

Richard expertly repaired the failing hardware. He is a true craftsman. He made the new gates to the Franklin County fairground as well as the tender sculpture in front of Holy Family School, honoring Noemy Bettez. (Click on images for slide show.)

I am told by a credible source that the next lowest bid was $60,000. It’s not clear to me whether the $60K was for a single door or for the pair (set).  Anyhow, vastly more expensive than David’s price.

The Board of Trustees

The Congregational Church Board of Trustees sent David a letter expressing their disappointment with both the doors and David’s failure to pay Richard Mongeon for his work.  David showed me the letter.  I am not at liberty to publish it, since its contents belong to the trustees and I don’t have their permission to share it.

I can, however, say that the letter accuses David of shoddy work.  It does not mince its words: mismatched doors, wood glue showing, wood putty hiding flaws in the wood, the use of several strips of wood in the casings where a single strip is more professional.  (I can’t speak to the matter of David not paying Richard for his work.  That part of the agreement, it seems, was verbal; I don’t see it mentioned in David’s final proposal, shown above. David tells me that he never received a signed copy of his proposal, shown above.  Presumably this is the sole document outlining the agreement between him and the church.)

All the above flaws in workmanship are, in fact, true.  To them one could add that some of the joints are neither flush nor properly sanded. 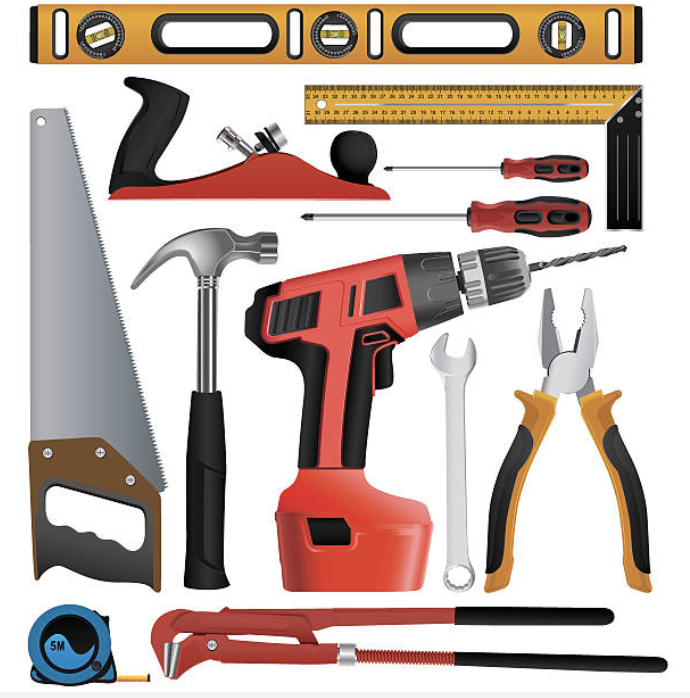 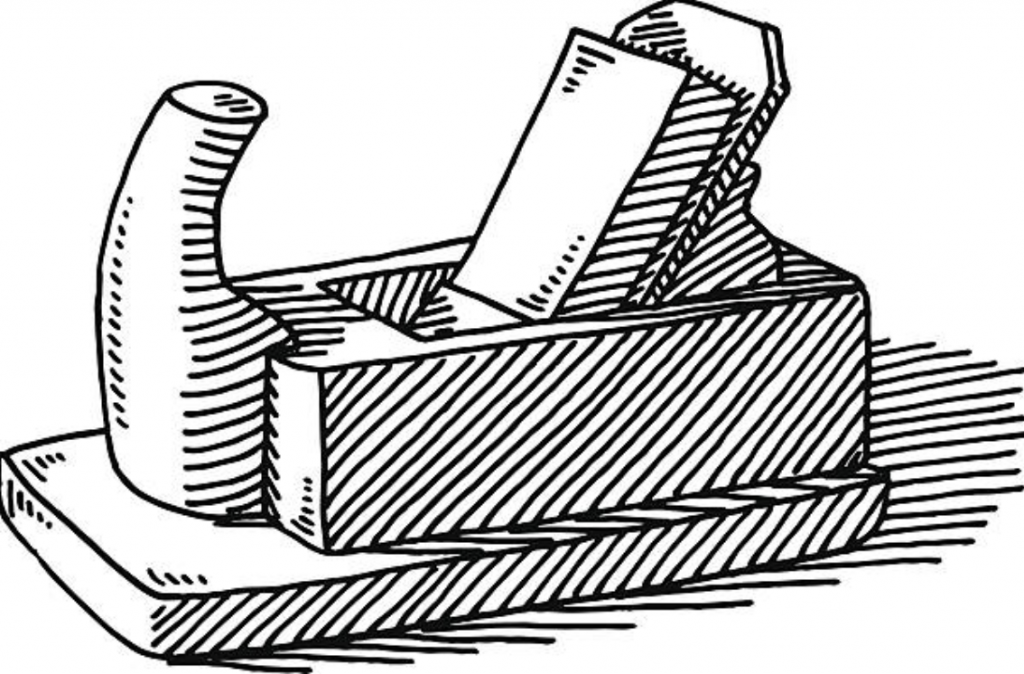 Do the flaws really matter?

"Dear trustees, do they really matter?!"

I remember reading a newspaper article, long ago, about a kid who stole an airplane and flew the damn thing from one state to another. Out west, somewhere.  Not a jet; a small, private plane.

The kid never had flying lessons.  He didn’t think he needed them; he just knew in his bones that he could pull it off.

And he did, by golly!  Amazing, when you think about it.  He took off, flew, and landed — and broke all the rules.

He was arrested as soon as he taxied to a stop. 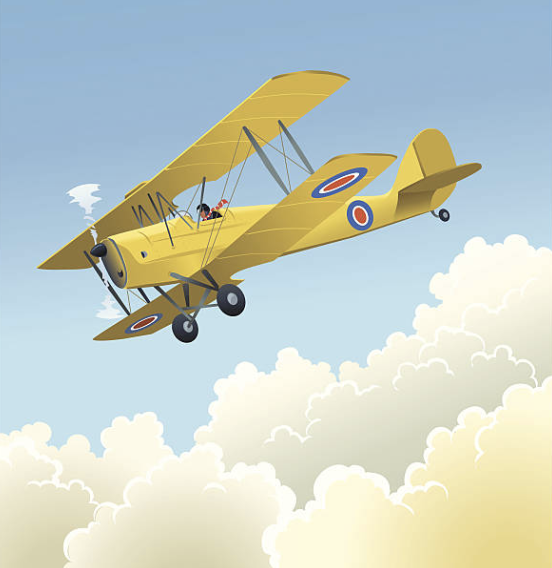 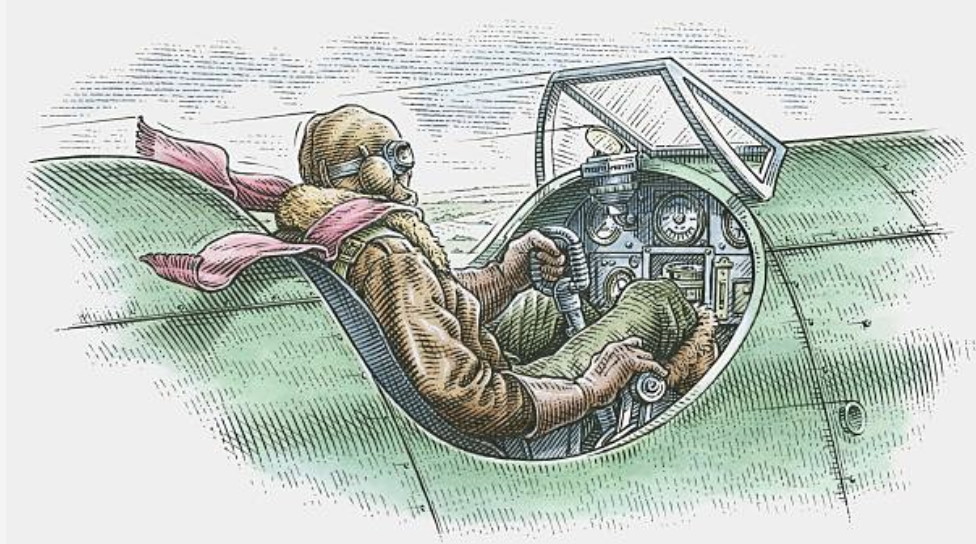 David is a natural.  He built the doors with a minimum of formal training.  (His low bid reflected this fact.)  He loved making them, so he’s told me over and over.  In his bones he knew he could do it.  And, by golly, he did, though with flaws.

David isn’t pretending the doors are perfect; he dreams of getting better at this art and building the remaining doors.

To the trustees, I say, “Hey!  He’s a natural!  Let’s get him some coaching from the likes of Mike Lashomb and — whoa! — watch this young man turn into an ace!”

7 thoughts on “The Doors”