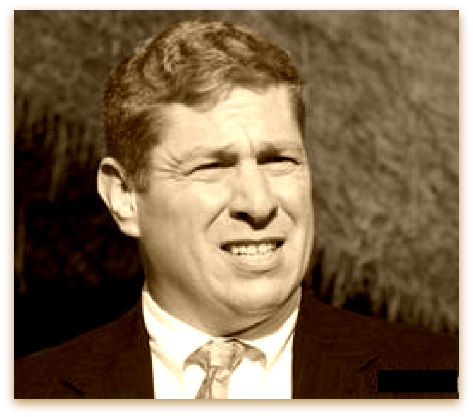 Last week, District Attorney Derek Champagne forcefully stepped into the vacuum of government control over conflicts of interest between municipal officers and the wind developers. Up till then, every single NYS agency had been passing the buck about enforcing NYS General Municipal Law (GML) against (obvious) conflicts of interest.

As I say, all that abruptly ended the afternoon of April 2nd, several hours before the Burke town board meeting, when Mr. Champagne issued a stunning two-page press release notifying all municipal and county officers that, henceforth, the General Municipal Law “Code of Ethics” will be rigorously enforced. He singled out §805-a-1-c&d as The Golden Rule (my term, not his):

“No municipal officer … shall … receive, or enter into any agreement, express or implied, for compensation for services to be rendered in relation to any matter before any municipal agency of which he is an officer” §805-a-1-c.

“No municipal officer … shall … receive, or enter into any agreement, express or implied, for compensation for services to be rendered in relation to any matter before any agency of his municipality, whereby his compensation is to be dependent or contingent upon any action by such agency with respect to such matter” §805-a-1-d.

He reminded everyone that the State Attorney General advises against “even the appearance of impropriety” (my emphasis).

Between them, GML §805-a-1-c&d and the AG’s stern warning against even appearances of impropriety pack a powerful message. Mr. Champagne has called for a uniform, county-wide Code of Ethics, drafted by the County Legislature. Mindful that public ethics require constant vigilance, he has further called upon the County Legislature to establish a County Board of Ethics to advise town boards, town employees, and the legislature itself.

Let us savor this moment. This is America at its finest. When I read Mr. Champagne’s press release I imagined church bells pealing, car horns sounding and confetti. I imagined a parade of war veterans. For this is exactly what democracy is about. On 4/2/08 Mr. Champagne served notice that one of the central tenets of democracy, The Golden Rule (GML §805-a-1-c&d), from now on rules in Franklin County. 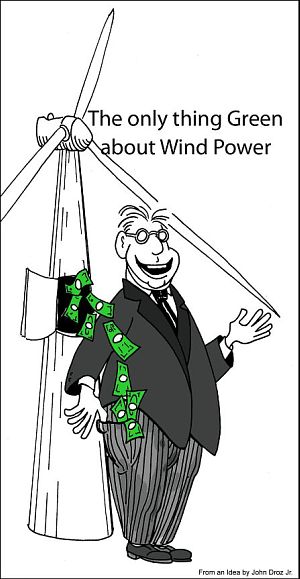 (A) Town of Burke

The DA has now effectively notified the town and zoning boards that, despite Mr. Stewart’s curious refusal to incorporate The Golden Rule, verbatim, into the Code of Ethics (adopted at the town meeting 4/2/08), the District Attorney’s office will nevertheless see to it that GML §805-a-1-c&d is enforced in Burke.

I add my voice to that of many people in Burke asking Mr. Champagne to flag Burke’s Code of Ethics when it shows up on the desk of the State Comptroller sometime in the next 30 days, with the recommendation that Comptroller DiNapoli bounce it back to Burke with the pointed request that GML §805-a-1-c&d be included verbatim.

(Note to Josh Jock at the Telegram: This is Burke’s first Code of Ethics; there was none before this. Ever.)

(B) Town of Brandon

Brandon is perhaps the most troubling of all.  Something weird happened here in July 2006.  Something that prompted Town Councilman Jay Ulrich to stand up at a town meeting two months later (9/20/06) and unburden himself of something dark.  Reading from a prepared text, this is what he revealed.  “Members of the Town Board of Brandon and the Brandon Community, I would like to have entered into the Town record a private conversation that took place between [Supervisor] Mike Lawrence, and myself, Jay Ulrich at his home on September 2nd, 2006 at approximately 10:45 am.”

Sounds ominous.  In fact it was bad.  “On his porch Michael accused me of taking a bribe from Noble Environmental.

Michael insisted that he knew the specific details of how the (alleged) transaction occurred. When questioned Michael refused to describe the details of the alleged crime but rather insisted that I already knew what happened so he did not have to tell me. He continued by saying that Noble Environmental had offered him the same thing (a bribe) but that he refused to take it and made the right choice. Michael accused me of making the wrong choice and repeatedly thanked me for allowing him to learn from my mistake. He claimed to know that I am personally having money problems and could understand why I chose to take a bribe.

And so on.  (Read the full text here.)  Jay went to great lengths to exonerate himself.  There was much sputtering and posturing, to the point where one is reminded of the famous line, “The lady doth protest too much, methinks” (Hamlet, Act 3, scene 2).  (“The lady doth protest too much” being a shorthand way of saying that someone’s denial of something is so overdone that one begins to doubt the truthfulness of the denial.)

In this case, “the lady” being a man.  A town councilman describing a conversation with the town supervisor, quarreling over which one of them got bought off by the wind developer?  Say again?

Who knows what in fact transpired in Brandon that summer to bring two former friends to one another’s throat?  It might be worth a few questions before a Grand Jury, especially when reminded that charges of corruption vis-à-vis the wind developers are not limited to Brandon.  Maybe there’s a bigger picture, bigger story going on here.  Could (former) Councilman Ulrich join some of the dots in that big picture, one wonders?

(Why do all these problematic towns begin with the letter B?  Well, let it go.)  It is widely reported that Mr. Kip Cassavaw, while Town Supervisor, was employed as surveyor for Noble Environmental.  (Whether he confined his surveying exclusively to Clinton County or surveyed, as well, properties in Bellmont & Chateaugay may be immaterial as far as GML §805-a-1-c&d and the AG’s opinion on GML “Code of Ethics” are concerned.)

It is my understanding that Mr. Cassavaw’s employment by Noble overlapped with the time Bellmont was drafting its wind law. Mr. Cassavaw took a highly visible and active role in promoting that wind law (which, not surprisingly, permits industrial turbines in Bellmont).

I am told Mr. Cassavaw refrained from voting on that (pro)wind law on the day it was adopted by the town board, and I have no doubt this is so. However, as I read GML §805-a-1-c&d this does not let him off the ethical hook.

“No municipal officer … shall … receive, or enter into any agreement, express or implied, for compensation for services to be rendered [as Noble’s surveyor] in relation to any matter [adoption of a wind law] before any municipal agency of which he is an officer [the Bellmont town board]” §805-a-1-c.

“No municipal officer … shall … receive, or enter into any agreement, express or implied, for compensation for services to be rendered [as Noble’s surveyor] in relation to any matter before any agency of his municipality, whereby his compensation is to be dependent or contingent upon any action by such agency [adoption of a wind law favorable to Noble] with respect to such matter” §805-a-1-d.

I join these Bellmont people in calling on Mr. Champagne to investigate whether Mr. Cassavaw’s employment with Noble violated GML §805-a-1-c&d and the AG’s opinion on GML “Code of Ethics,” and, if he was in violation, to nullify Bellmont’s wind law and direct the town board to start over. (Before it does, Bellmont needs to create a reputable and, of course, legal Code of Ethics.)

Here, too, there are reports of conflicts of interest by town board members. Cleverly disguised and rationalized, to be sure, but improprieties nevertheless. I join Chateaugay residents in calling upon the DA to take a hard look at the relationship between individual board members and the wind developers during the period Chateaugay was drafting its (pro)wind law. 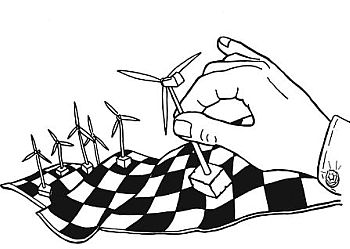 It’s Tuesday, April 8th.  I have just come from the courtroom of Judge David Demarest, presiding (in the Franklin County Courthouse) over a suit by David Vincent (Burke Councilman) against District Attorney Champagne.  Evidently Mr. Champagne subpoened Mr. Vincent to appear before a Grand Jury investigating Mr. Vincent’s relationships with the wind developers.  Evidently in his subpoena the DA had the nerve to ask Mr. Vincent for lots of documents.   (I mean lots and lots:  emails, memoranda, correspondence, receipts, phone calls, other evidence of conversations, slips of paper, leases, easements—anything and everything bearing on his relationship with Noble and Horizon.)

Evidently Mr. Vincent is uncomfortable about turning over lots of documents.

To be hauling the DA before a judge and asking this judge, “Please, your Honor, edit the DA’s shopping list” before Mr. Champagne pops even his first Grand Jury question—is there not something pitiful about this?

What does Mr. Vincent have to hide?  (Alternatively, whose hide is he perhaps nobly protecting?)  He’s a public officer, after all, and all public officers should be completely transparent, ethical, legal, and impartial in the performance of duty.  I am the first to declare Mr. Vincent should not be judged either by the media (including RiverCityMalone) or by popular opinion.  I’m an ardent believer in due process before the law.  Nevertheless it’s discouraging to see Mr. Vincent stonewalling the DA and Grand Jury even as due process takes its course.

At the end of the day, as Chuck Hinckley likes to say, someone like David Vincent is a minor player in this whole narrative.  (Charles Hinckley being, of course, CEO of Noble Environmental Power.)

I can imagine the DA persuading someone like Dave Vincent to talk to him, and then talk to him some more.  Say, over coffee and donuts.  At some point in the conversation the DA might decide it’s worth offering Mr. Vincent (or some other board member) immunity from prosecution if it turns out Dave knows a great deal, after all.  (Does not Dave Vincent’s curious performance this morning in State Supreme Court suggest he may?)

Indeed someone like Mr. Vincent might reveal more about the wind developers than we all thought we knew.  At some point in this scenario the DA might find himself offering immunity to a well-placed employee of one of the wind developers, in return for information about how, exactly, these companies conduct their business.  (Just as was done some years ago when Enron Corp. came under investigation.  What happened to Enron?  It’s interesting you should ask.  It broke up into a myriad little wind energy companies with warm & fuzzy, even noble-sounding names.  Yes, Virginia, Enron was the Mother of All Wind Energy Companies.)

Sitting behind Dave Vincent in court this morning (he looked like he hadn’t slept in a week), my heart went out to him.  (No, I am not being facetious.)  I felt I was sitting behind a decent and honorable North Country farmer who may have got caught in a snare he didn’t foresee, and that he may be taking the hit for the wind companies.

(Tell you what I would do were I in Dave’s shoes right now.  I’d call up the DA and suggest we meet for coffee and donuts.  In fact, were I any number of town officers right now I’d be making the same “coffee & donut” call to Derek Champagne.  My personal opinion, Dave?  I don’t think Derek’s interested in nailing your hide to the barn door.  That would be a cheap, even ignoble, victory.  And real easy.  Like shooting fish in a barrel, right?  No, I think Derek has broader horizons and more noble objectives in mind.)

Meanwhile, while this story plays out, mark this date on your calendar, April 2, 2008.   The day the buck stopped with District Attorney Derek Champagne.  The day “clean, green, renewable” wind energy moved from town hall to county courthouse—where, tragically, it belongs.

It is said History repeats itself.  Enron’s hubris drove it into corruption, then court, then jail.

April 2, 2008.  Somewhere in the history books, church bells will be pealing, car horns sounding and confetti.