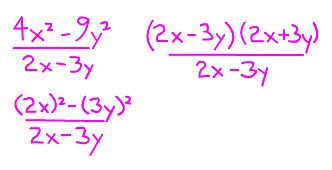 The following was published in the Press Republican 9-7-08.  Jack Sulllivan subsequently submitted it to RCM for publication.  The Editor.

Mr. Colin Read claims in an August 12th Press Republican “Opinion” column that the 217 wind turbines scheduled for Franklin and Clinton counties would produce enough “permanent and sustainable electric power for 200,000 homes.” Impressive, except it doesn’t hold up to scrutiny.

According to the U.S. Government Energy Information Administration the average U.S. household used 10.8 MW/hr of electricity in 2007. That means 200,000 North Country homes would require 2,160,000 MW/hr annually. To accomplish this the GE 1.5 MW SLE turbines used by Noble Power would need to run at 75.7% of their capacity rating of 31 mph, which would mean a sustained 28.2 mph wind for the SLE turbines. An unlikely scenario. Put it this way: Mr. Read’s 200,000 figure is overblown by at least 400%.

According to NYSERDA and AWS Truewind most of Northern NY has average wind speeds of 12-15 mph at a height of 70 meters (230 ft.).  NYSERDA recommends a minimum average wind speed of 7 m/s, or nearly 16 mph, for viable wind projects.

Clearly, few NNY sites meet these criteria. Why is wind speed largely irrelevant? Because the majority of wind developer income is not from generating power, but from tax credits, green credits (an Enron invention), double declining balance depreciation, and subsidies. This lets super-rich investors avoid taxes while average taxpayers pick up the slack. To add insult to injury most wind developers are from out-of-state or even foreign owned. Even as NYS cuts hospital and nursing home funding it is sending millions out-of-state to wealthy wind developers.

Wind developers like to predict that wind energy will supply 20% of America’s electricity by 2030. What does this mean to NYS? To average 20% production would take at least 25,000 1.5 MW turbines with over 1.5 million acres under lease, which would severely limit land use for up to 50 years. Even so, there would be many mornings when these turbines couldn’t supply enough electricity to brew your coffee.

Mr. Read suggests that the Clinton and Franklin County wind turbines can supply electricity to these two counties with enough left for all of Northern NY. Once again he’s forgetting a few inconvenient facts. One being that wind is variable and unpredictable. Yet, when wind isn’t blowing demand still must be met. It’s met by ramping up coal or natural gas-fired plants kept in spinning reserve or by drawing on hydropower, which is always available and predictable. Or by calling on nuclear power. “Wind energy on the grid is … like riding a bike and having someone follow you in the car in case you get tired” (Eric Rosenbloom). Every watt generated by wind power requires an equal watt of backup conventional generation, according to Germany’s E.ON Netz and the UK’s Royal Academy of Engineering.

Wind salesmen like to respond that regional fluctuations are compensated by windplants over a large geographic area. The huge blackout in Europe in 2006 and more recently in Texas show this not to be the case. Germany’s leading power supplier, E.ON Netz, acknowledges that “intermittency of wind-power supply reduces the stability of electricity-transmission networks, leading to more frequent power blackouts.” The 2006 blackout resulted from rolling “network failures as power plants were taken off-line to protect them” from wind power surges.

Then there is the hilarious claim that “I buy all my electricity from wind turbines.” Alas, all wind production funnels into the grid and is distributed according to demand. Not even Al Gore can tell a wind-generated electron from one generated by other means.

NYS’s power demand for the month of August was mostly in the 20,000 to 25,000 MW range. Given the light winds of August, 217 turbines would be hard pressed to produce an average of 75 MW. An output of three-tenths of 1% is trivial, I suspect even to Al.

Finally, there is the “clean, renewable energy” slogan. Wind power is renewable, but hardly clean when you consider the emissions produced in manufacture, transportation and construction. Add to this substantial mercury pollution from cement manufacture.

In sum, “it’s well past time to stop considering what wind might do and to examine what it has done. It has not reduced fossil fuel use or emissions. It has only ruined a lot of landscapes and communities, fragmented habitat, and killed birds and bats” (National Wind Watch).

Jack Sullivan holds a Masters degree in physics from Cornell University and has completed advanced studies in environmental science. He is a retired educator and business owner, and currently a Malone Town Councilor.