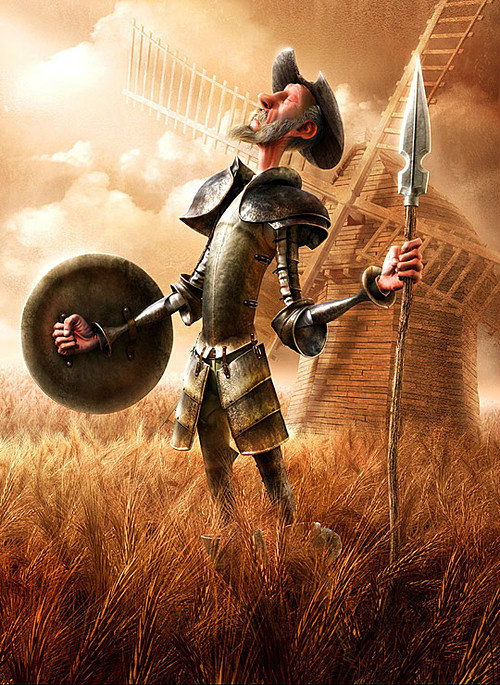 Panic has set in among wind scammers and other environmental terrorists over reports that an intrepid knight has been seen battling wind turbines throughout the wind-farm wastelands of Ellenburg, Churubusco, and Chateaugay.

Spurring on his noble nag, Rozinante, the good knight has been heard exhorting his donkey-mounted squire, “this is a good war, and a great service unto God, to take away so bad a seed from the face of the earth.” Thundering across cornfield—visor down, shield up, lance couched—he screams “Fly not, ye cowards and vile creatures! For it is only one knight that assaults you.” 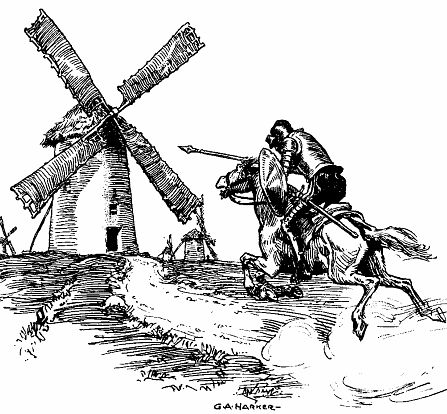 Back in Cervantes’s day the “monstrous giants” (which were not so monstrous, after all) unhorsed the old geezer in great battle. Not now, however. Today the spirit of Quixote–surely it is a specter–galloping through the industrial graveyards of Clinton & Franklin counties has succeeded in bringing the 400-foot spinning giants to a standstill. 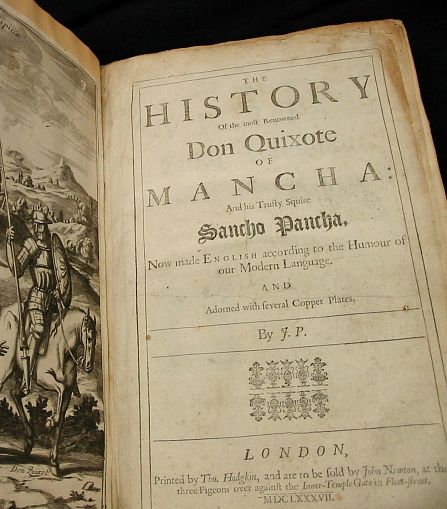 Locals whisper that someone (possibly two individuals) has been silencing these 100-million-dollar community-killers for weeks. With near total silence from the local media, we suspect an orchestrated cover-up is afoot.

Police sources concede Quixote is the subject of investigation, and further confirm that the apparition has been heard yelling obscenities and passages from its creator, Miguel de Fournier (oops, Cervantes). Franklin County DA Derek Champagne was unavailable for comment.

Wind developers, already under investigation by Attorney General Cuomo amid allegations of ethics and corruption violations, could not be reached for comment. 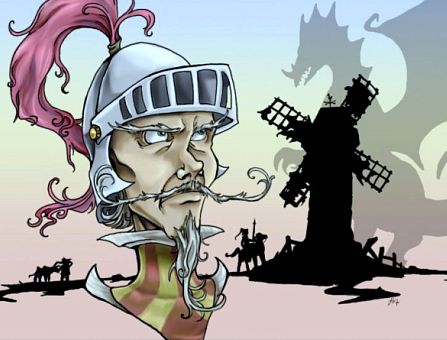 The recent financial meltdown has convinced federal and state authorities that government oversight is essential for all future wind projects, as investigators begin probing how huge quantities of public and investor funds were wasted on “windparks.”

Wasted, that is, on windmills that now stand motionless. Defeated by a crotchety old knight who lost his—um—mail shirt on a bum Wall Street investment called “wind energy.”