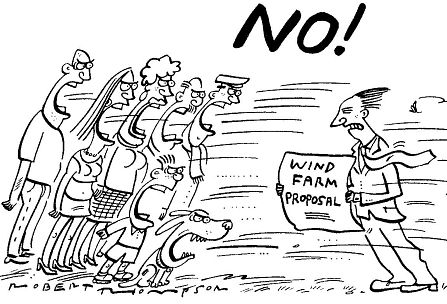 It would be an understatement to say wind energy is a contentious issue locally.  It’s a volatile subject across America, Canada, Europe, New Zealand, Australia, even China.  What we’ve experienced in the North Country is a carbon copy of what happens everywhere.  Normally calm communities are plunged into protracted, bitter dispute.  When the dust settles, the neighborhood has grown 400′ high spinning thumping flashing towers.  Or not.  Regardless of whether turbines go up, one outcome is nearly always the same:  communities are torn apart. (There are exceptions, but they are rare.  Malone being one of them.)

This is perhaps the greatest tragedy of all. 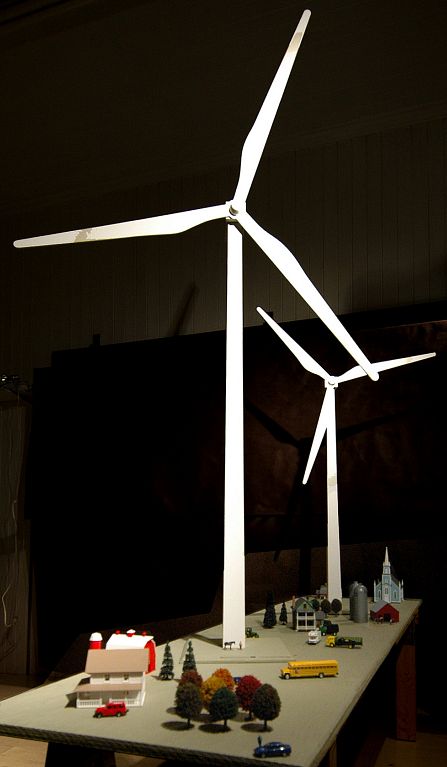 For many of us opposing wind turbines in “everyone’s backyard” (siting, not wind energy per se, is the thorniest issue), one of our chief complaints is the shabby way the wind developers conduct themselves.  Consider that the Franklin County District Attorney, working with Attorney General Andrew Cuomo, has empanelled a grand jury to investigate possible criminal activity by municipal officers in Burke, Brandon, Bellmont, and Chateaugay—investigating whether town officers (and perhaps school board members, who are likewise subject to NYS General Municipal Law) broke the law in their relations with the wind developers.

Sooner or later the grand jury, or a court, will likely subpoena the wind developers to give an accounting of themselves.   This is my point.

The grand jury is yet another index of how destructive the wind issue has been to this community.  Back when I was a professor of American history I used to contemplate a particuarly brutal episode known to historians as “Bleeding Kansas.”  (On the eve of the Civil War, pro-slavery advocates battled their anti-slavery neighbors in what would soon become the State of Kansas.)  Behold “Bleeding Burke” and “Bleeding Brandon.”  Add Ellenburg, Churubusco, Chateaugay and Bellmont to the list. 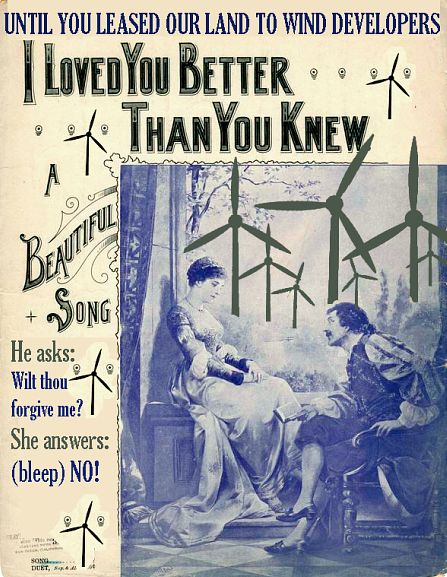 Our communities are wounded.  A grand jury sits in judgement on local officials.  Into these raw wounds Noble Environmental now pours salt.  I refer to the so-called the KidWind Project in the Chateaugay School this July.  (Click here for the full story.)  Noble is listed as one of the sponsors and “collaborators,” whose aim is to teach children the marvels of wind energy.

Who are these people who collectively call themselves “Noble Environmental”?  What is their messianic gospel?  It does have the fervor and trappings of a religion—a cult, in fact.  Like a cult, it is relentless and financially driven.  Like a cult, it brainwashes with slogans, bromides, and other unsupported claims. 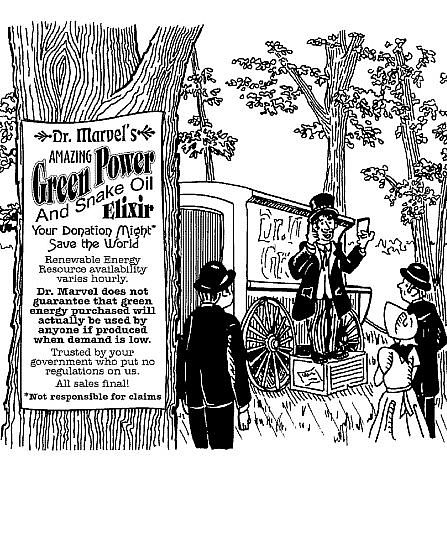 (It is one thing for property owners to need money and, hence, welcome the lease monies offered them.  It is a different matter to sing hosannas to a means of energy production—wind energy—which anyone with a grasp of Physics 101 coupled with an understanding of the regional electricity grid, will immediately recognize is unrealistic.  Click here for a crash course on the matter, by Dutch electrical engineer Hans Halkema.  Unfortunately Mr. Halkema’s server is unstable, hence his website is not always up.  In that event I recommend this simpler version, minus the physics and equations, by National Wind Watch’s Eric Rosenbloom.)

But I digress.  There is something eerie about the endless jackhammering of our communities by Noble.  These people seem hell-bent on turning the North Country into a forest of wind turbines.  (A visit to the NY Independent System Operator website discloses that the wind developers intend to install 800+ turbines in Clinton and Franklin counties.  Each of these would be a minimum of 1.5MW = 400′ high.) 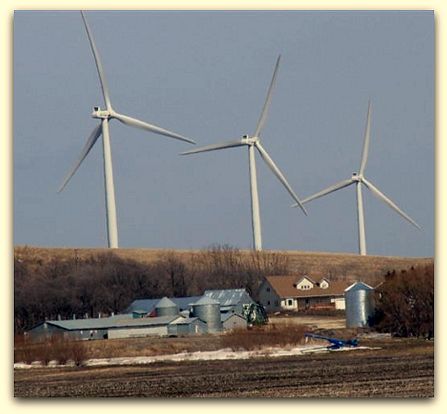 KidWind’s list of sponsors and collaborators (their term) reads like a Who’s Who in Wind Energy.  Then, in last week’s Telegram, we’re treated to Noble donating $50K to North Country Community College to train technicians for the blizzard of turbines Noble anticipates erecting in, collectively, everyone’s backyard.  The irony is seeing the news release from NCCC on the same front page as the article quoting NYS Supreme Court Judge Demarest, “The grand jury is apparently investigating allegations of possible criminal conduct in the siting of wind farms in Franklin County.”

Is there no shame in the Noble ranks?  Or Horizon’s?  When their proponents on town boards are being subpoenaed, when the State Attorney General has thought the matter serious enough to send an Assistant Attorney General to the Franklin County Courthouse to spend the day interviewing these town board members—would not prudence and decency suggest it’s time to stop the battering ram? 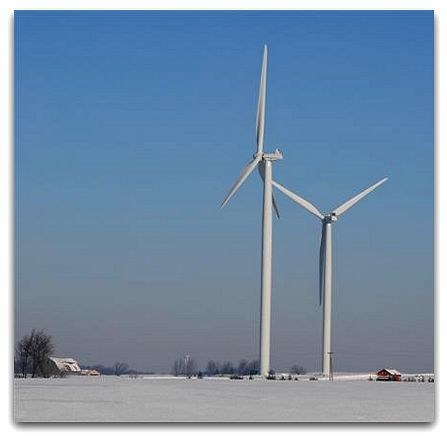 Who are these people with their avenging, relentless GAWD:  Great American Wind Dogma?  Physics 101, the grid, and actual usable output from these 400′ monsters reveal it to be a false GAWD.  As illusory as the gods of Greek and Roman mythology.

Setting aside the arguments of physics, grid, and usable output, we’re still left with Bleeding Burke.  I recall listening to Noble founder, John Quirke, in meeting after meeting assuring town boards in his charming Irish accent, “If you people don’t want us, we’ll leave.”

At the time Mr. Quirke’s offer seemed straightforward and honorable.   Now it seems deceitful and dishonorable.  What did If you don’t want us really mean?  Evidently it didn’t mean Noble would pack up and leave before (or after) it had ripped the town to shreds.  Even as a grand jury sniffs around its doorstep, Noble shows no sign of shame—or going back to Connecticut.  On the contary, it has opened a new front.  The schools.  Propagandize children, deceive college students with false hope.