Editor’s note:  This article is reprinted with minor revisions from The Empire Page, 12/13/08.  Our appreciation to Mr. Sullivan and TEP. 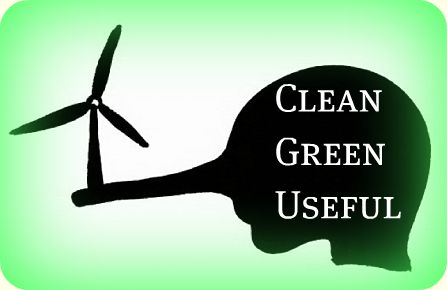 Adapted from www.plataformahorta.org, with appreciation

Many NYS politicians, members of the media and environmentalists see wind power as an all-encompassing solution to global warming, energy independence, and much needed job creation.

But are these rosy expectations supported by scientific fact and wind project performance?  Or is this merely feel-good public policy and wishful thinking?

A recent AP article noted that New York State currently has about 700 megawatts (MW) of installed wind capacity — less, by the way, than the output of a single large nuclear plant. The article states that NYS has the potential for up to 7000 MW of installed capacity.

The catch here is the vast difference between installed capacity and actual production.

These figures represent an overall performance of only 13.4% of capacity rating.

Wind developers consistently claim their turbines will operate at 30-35% of capacity range. Early indications suggest that realistically they produce only half that.  We must include in this low efficiency many hours of zero production and a complete lack of dependability (wind being the most unpredictable of all power generation technologies).

Both North Country wind projects averaged over 200 hours of zero output for the 2nd quarter and nearly 300 hrs for the 3rd quarter — or about 10% to 14% of the time producing no power. This means that on average no power is produced for more than 2 hours each day.  Even larger blocks of time involve production of less than 1% of rated capacity.

It becomes clear that the extreme variability of wind power makes it totally unsuitable for baseload power.

On the financial front, the northern New York wind projects are yielding a very low return on their investment, averaging less than 4% before expenses, according to the Federal Energy Regulatory Commission.

We have to ask, Why would a wind developer spend (roughly) $3 million per turbine in an area with winds less than the minimum recommended by NYSERDA (NYS Energy Research & Development Authority)? The answer appears to be that the real goal of NY wind projects is not cheap renewable power, but the sale of tax credits and green credits.

Bear in mind that while NYS is cutting funds to hospitals, nursing homes and schools, it continues to subsidize wind power.

Is wind power really a clean, effective means of reducing global warming? While wind turbines are non-polluting once they are up and running, the manufacture, transport and construction of a wind turbine produces thousands of tons of carbon-based emissions. Every step — from mining the ore to making the steel, moving parts by ship or overland, constructing access roads, and operating giant cranes and excavators — creates emissions. Building the access roads alone produces nearly ten thousand tons of emissions.

Since NYS has relatively low winds (only 1/50th of some western states), a wind project may never pay back its carbon debt. In many areas of NYS, hydro-power would have to be shut down to balance wind power suddenly gusting onto the grid.

All the above is just part of the picture.  Wind power has been shown to affect property value (devaluing it), create scenic blight, kill birds and bats, fragment wildlife habitat, and, not least, damage human health as revealed by recent clinical studies on Wind Turbine Syndrome.  There is also the danger from turbines built too close to roads or homes, threatening ice throw (as happened recently in the UK, where people dove for cover) or blade disintegration.

Another question, of course, is whether there is too much risk of unethical business dealings between public officials controlling wind projects and the wind developers.

Considering all the above — too little wind and too many people — it is small wonder that informed people are increasingly questioning whether industrial wind turbines belong in New York State.

·
Jack Sullivan holds a Masters in Nuclear Physics from Cornell University, has done advanced studies in environmental science, and is a former educator and business owner. He is currently a town councilor in Malone, NY, the first town in the state to ban industrial wind turbines.  At present, over a dozen NYS towns have followed Malone’s lead.