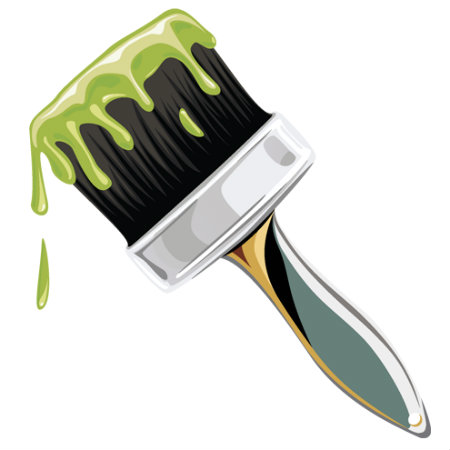 .
Editor’s note:  Could Roanoke VA become a model for Malone’s “renaissance” (rebirth)?  Read the NY Times article, below, and see what you think.

There are interesting parallels between Roanoke, which is far larger than Malone, and Malone.  John Mills (Malone’s “Painted Lady” Genius), Hugh Hill (Exec. Dir. of the Malone Chamber of Commerce), and I have been discussing a concept rather similar to the one described in the article, below.  It has a name; it’s called “placemaking.”  Much of our concept has to do, believe it or not, with “paint.”  (You will notice that Frank Cositore used this approach with the Flanagan:  Once he fixed the windows and painted the building, it stopped being an eyesore and everyone stopped hyperventilating about “The Flanagan.”  There might be a lesson in that little story.)

Incidentally, Boyce Sherwin has been preaching “placemaking” for years.  That’s what the “Mullin Report” was all about—years ago.  (“Boyce, I think some of us, including yours truly, are only now beginning to grasp what you were talking about.”)

ROANOKE, Va. — The Kirk Avenue Music Hall, a four-year-old club named for its downtown block here, offers an unexpected perk to its performers: an apartment. For a night or so, before or after gracing the stage, artists stay at no charge in a loft a block away, signing the guest book with notes of gratitude.

Community members involved in Roanoke’s revitalization gathered last week at a building that is to become a rock climbing gym.

“We don’t have money, we don’t have fame, so hospitality is really critical,” said Ed Walker, the club’s landlord and a founder.

It is hard to miss Mr. Walker’s brand of hospitality on Kirk Avenue. He owns nine of its storefronts, turning what was a forlorn block not long ago into a social destination. The music hall doubles as a microcinema and event space. There is Lucky, a restaurant run by a touring rock band that decided to stay put, and Freckles, a cafe and vintage shop with monthly craft nights, whose owner called Mr. Walker the town’s Jimmy Stewart, a favorite son and guiding light.

It is hard to miss Mr. Walker in many corners of Roanoke, a valley town of 97,000 about four hours from Washington. Ringed by the Blue Ridge Mountains and for generations a successful rail hub, it now has a median income of about $35,000 and is trying to reinvent itself for a different economy: a medical school opened in 2010, and a bike shop is planning to move into the massive old transportation museum.

And Mr. Walker, 44, a former outsider-art dealer and a third-generation lawyer from a prominent local family, has emerged as a commercial developer with an unusual civic conscience. In less than a decade, he has bought more than a dozen disused historic buildings, renovated them and enticed people to live in them.

Thanks to Mr. Walker and other developers who followed suit, Roanoke’s downtown has a livelier pulse, with nearly 1,200 residents this year, where once there were fewer than 10. Mr. Walker has made his spaces welcoming, handpicking chefs for restaurants and furnishing a pocket park with his children’s swing sets. Coming attractions include a rock climbing gym.

With his wife, Katherine, and two young sons, he lives downtown himself and evangelizes about it to any visitor. Last fall he started what will be an annual conference in Roanoke, CityWorks (X)po, billed as exploring “big ideas for small cities.”

“People think this is too good to be true,” said Chris Morrill, the city manager. “You have this developer who knows the finances, knows the law, knows how to do these historic renovations and is really committed to the community. It’s real.”

Mr. Morrill added: “When folks from other communities come in here and I show them some of the stuff that’s Ed’s doing, they’re like, ‘How can we clone this guy and bring him back to our community?’” 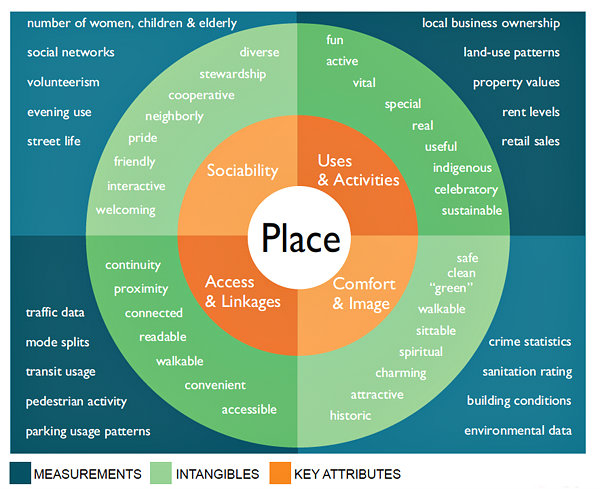 Mr. Walker’s conference is intended to share his blueprint for urban redevelopment, a field known as placemaking; he will study it at Harvard’s Graduate School of Design this year, with a prestigious Loeb fellowship. But many towns already have their own version of Ed Walker, said Bruce Katz, a vice president at the Brookings Institution and founding director of the Brookings Metropolitan Policy Program, which focuses on cities. “This is happening across the country,” Mr. Katz said.

“What you’re seeing is a group of vanguard developers and vanguard businesspeople who basically spot a trend and then double down or triple down with their own resources” to buy property cheap, collaborating with like-minded leaders “on the placemaking agenda,” he said.

Examples abound: Mr. Katz pointed to changes in Buffalo and Detroit and plans by Tony Hsieh, the Zappos tycoon, to remake Las Vegas. “It has been one or two people in particular cities taking the risk,” he said.

“There’s a profit motive for sure, but these are people committed to place,” Mr. Katz added. “This is no longer an idea or an aspiration. It’s an out-and-out trend.”

In Roanoke, it started in 2002, when Mr. Walker began redeveloping Kirk Avenue. His first major residential renovation opened downtown in 2006, with million-dollar condominiums.

Old-guard Roanokers were quickly convinced that downtown was livable when Mr. Walker sold one of the first to Warner Dalhouse, a retired bank chairman, and his wife, Barbara, who use it as a Southern pied-à-terre. At 4,800 square feet, it is larger than their lake house nearby. “We wanted it to look like a New York loft, and it does,” Mr. Dalhouse said.

Mr. Walker’s company converted an old cotton mill and a department store into apartments, some at the low end of market rates and some at the top. The next units will be in a former ice house on the Roanoke River, where the city’s first waterfront restaurant will open. 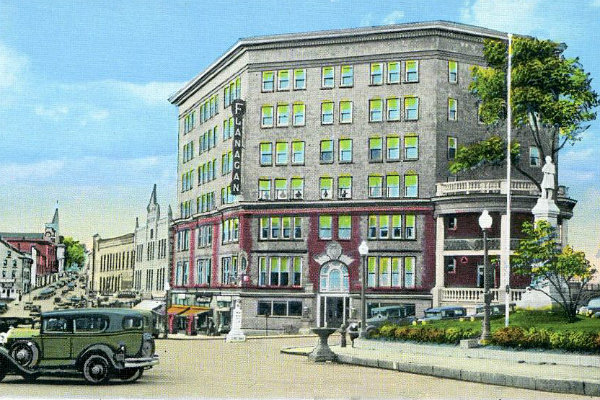 Last year, after a $20 million renovation, the company reopened the Patrick Henry, once one of Roanoke’s grandest hotels; its disrepair had taken a toll on civic pride. Now it once again has an elegant lobby, complete with a bar. Some of its 132 apartments are leased by a nearby nursing school for its students.

The building also houses the Music Place, an FM radio station that Mr. Walker bought last year just before it was forced to change formats. With its mix of indie, country and folk — and thrice-weekly interviews with community leaders — it fit with his notion to give Roanoke the feel of, as he grinningly puts it, a funky college town.

The radio station is just breaking even. The conference lost money, but Mr. Walker will hold it again — it “succeeded on a human level,” he said. Otherwise, he is adamant that his projects must serve the bottom line.

He is keen to talk financing — Virginia has generous tax credits for historic renovation, so he helped get a landmark designation for the Wasena neighborhood, where his river project is — in hopes that it will teach others to follow in his footsteps as social entrepreneurs. “Roanoke is a really good small-city laboratory,” he said.

Mayor David Bowers praised Mr. Walker but said the city still had economic, educational and tourism challenges. “We’re not the destination that we should be,” he said.

Even downtown, all is not rosy. Studio Roanoke, a nonprofit black box theater, closed this month because of a lack of money. (“It’s not even bare bones,” Melora Kordos, its artistic director, told The Roanoke Times. “We’re just a couple of femurs.”) And there are other signs of struggle, especially in areas that ring the city center, like southeast Roanoke.

Jason Garnett, a former projectionist and theater manager who programs Shadowbox, the movie night at Kirk Avenue Music Hall, makes ends meet with a job as an audio-visual coordinator at a local college.

“I can’t afford to live downtown,” said Mr. Garnett, a 36-year-old father of two. Still, he and his friends are committed to staying, starting even more community-run art spaces. “We’re trying to make Roanoke cool,” he said.

There are indications that it is working. Since 2009, 25 restaurants have opened across 10 blocks downtown, many serving farm-to-table fare, bolstered by a long-running farmer’s market. A glossy monthly devoted to the art scene, Via Noke Magazine, began publishing in June. There is an adult kickball league. It adds up to the kind of do-it-yourself creative change that Mr. Walker, a sometime skateboarder whose ethos is more Joe Strummer than Jane Jacobs, advocates.

For Mr. Morrill, the city manager, the developments have already had an impact on the town’s psyche. “Roanoke has this inferiority complex,” he said. “People would say, ‘We could’ve been Charlotte if we’d had a bigger airport, or Greensboro or Asheville.’ And Ed helped them realize, Roanoke is a pretty good place.”