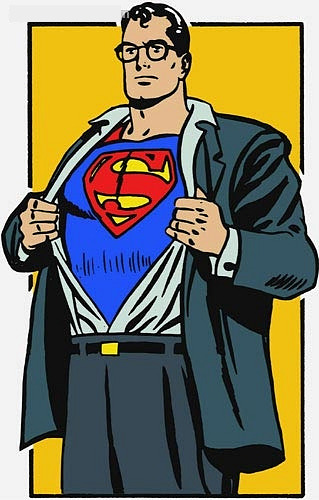 Just when you thought you knew Councilman Jack Sullivan—he suddenly stands up at a town meeting—rips open his shirt—Oh My God!

The Man of Steel!

RCM did some old-fashioned, Clark Kent kind of investigative sleuthing, and we’ve got the evidence.  (Once again, RCM scoops The Telegram!) . . .

Start with this photograph.  High school graduation.  Franklin Academy.  Notice the glasses.  Above all, the glasses.  That’s your first clue.

And don’t overlook the bowtie.  Clip-on.  (How doofy can you get?)

Dapper, yes, but doofy.  Too doofy, when you think about it.  This is what you’d call “studied” corniness.  Not your ordinary, garden variety corny.  This is over-the-top corny.

The kid’s obviously hiding something. It’s as plain as day.  The toughie is, What is it?

Next snapshot.  The year 1963.  The place, the Franklin County Fairgrounds.  Notice our kid (you can’t miss the signature glasses, the giveaway hairstyle) infiltrating a local gang of ruffians, grifters, and boozers.  (No, Virginia, that’s not soda pop in those bottles.) 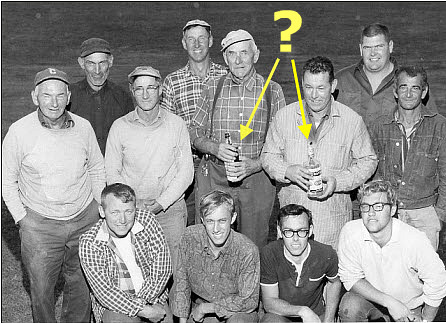 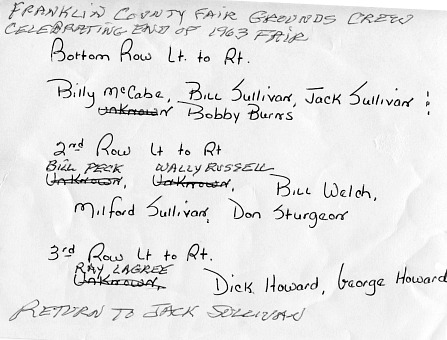 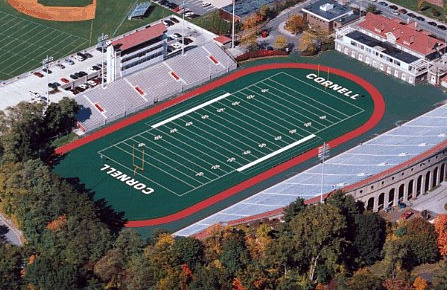 No, my dear Watson.  Under that football field!  Ten feet under, to be exact.

Ten feet beneath this gridiron was (drum roll, please) . . . 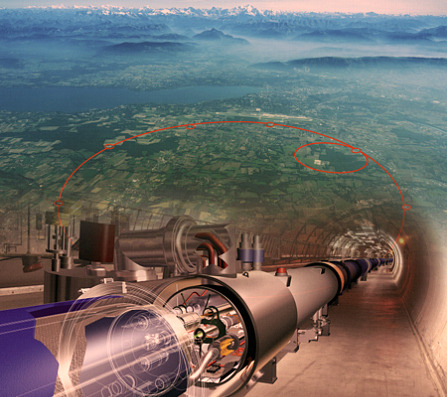 What’s this?  An atom smasher.  Called a linear particle accelerator.

A what?  A vast network of corridors and eerie tubes in which atomic particles (electrons and neutrons and stuff) are being hurled around at unimaginable velocity—and then smashing into one another.

Why?  To see what happens, of course!  (What kinda dumb question is that?)

Here, this explains it all. 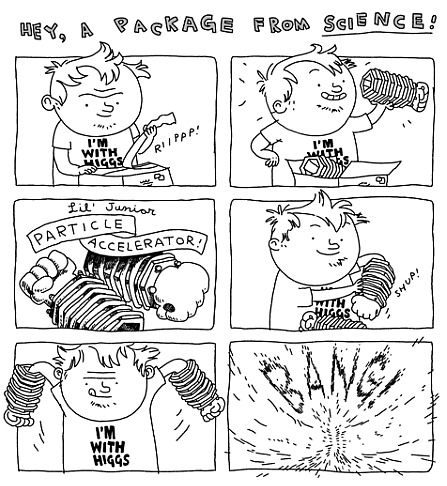 Our own, innocent-looking Jack Sullivan.  Superman!  POW!  Who woulda thunk?

Super . . . I mean, Sullivan, is running for re-election.  Here is what his colleague, Paul Walbridge, said about him in the Telegram the other day.

I have had the pleasure and honor to serve with Jack Sullivan the past four years on the Malone Town Board.

Secondly, Jack also assisted me in 2009 in negotiating and implementing a new three-year Town of Malone fire protection contract with the Malone Call Firemen, that runs through 2011.  Again, this was a fair contract between the Town and our local firefighters, and this contract will also help to continue the Town and the Malone Call Firemen positive relationship that has been fostered over the years.

Jack has been a valuable asset for our board when we had to digest scientific findings or boasting by the wind turbine companies and their followers.  He is a retired science educator.  With his professional expertise and knowledge, he put scientific topics in layman’s terms so we could better educate ourselves on the wind power idea.

Jack has been a huge asset to me and the rest of the board with his uncanny mathematical skills and his ability to crunch numbers immediately on the scene of a meeting site.

Jack has an impeccable attendance record for our biweekly meetings.

Jack is always eager to foster discussion on a board decision and is not afraid to think outside the box when it comes to resolving any issue, which I feel makes him a great Town of Malone board member.

Sounds like Superman to me, folks!  Like The Man of Steel, Sullivan doesn’t take crap from Big Wind.  And yet, like the thoughtful Clark Kent, he is fair-minded, even-tempered and courteous.  Like Superman, there’s not a whiff of corruption.

(Corruption often masquerades as slick wind developers and the like, promising Big Numbers.  Big Numbers of Jobs.  Big Town Income Numbers.  Big Megawatts of Electricity Numbers.  They forget that the guy who spent years in that atomic firing range beneath the football field, shooting subatomic particles down long, twisty corridors—then crunching the numbers when it all went KABOOM—they forget there’s no flimflamming this dude with phony arithmetic.)

(Full disclosure:  This photo has been ever-so-slightly doctored.)

Me, I sleep better at night knowing The Man of Steel is going to those biweekly meetings.  (Every single boring one.)

(Do these kids know what grandpa is really wearing under that innocent-looking sweatshirt?)
·