(1) The guy can handle a great mass of information.  Digest it, sort it out, weigh its merits, discuss it, present it intelligently and intelligibly, and do it all with minimum verbiage.  His past two jobs have required him to see the point of something, quickly, and get to the point.

(2) He is the public face and voice of a prestigious, multi-million dollar business.  The Adirondack Medical Center.  Believe me, they would have fired him long ago if he couldn’t handle that.  (Can you imagine anyone else on the current Village Board handling this job?)  Imagine the difficult personalities he has to deal with, every day.  Imagine the conflicting issues and conflicting individuals he has to deal with, daily.  Imagine that when hospitals are sucking wind financially—as they all are, now—that he has to maintain public confidence in the hospital, and he has to insist that the hospital earn that public confidence.  Yes, Riccio has to finesse both tasks.

But I have a personal experience with Joe, that’s worth sharing.  When he was Editor of the Telegram during the tumultuous years of “wind developers” blowing into town, Joe was on the hot seat.  He was under tremendous public pressure.  I know, because I, personally, subjected him to tremendous pressure.  And so did the wind developers, on the other side.

That said, I have to tell you that (a) Joe never refused to speak to me, (b) we argued vehemently, (c) occasionally we agreed.  What’s important is that he always listened to me, even when we were both hot under the collar, and he was always fair and kept his eye on delivering fair news and reasonable editorial opinions.

In short, I, personally, have put Joe Riccio through the public ringer—and he handled the experience with tremendous skill.  He was an honorable, highly intelligent and articulate opponent.  Better yet, he taught me to compromise more extreme views, and perhaps I taught him a thing or two.

That suggests that he can learn (and that I can, too).  And, I assure you, he listens.  Even if you are the biggest thorn in his flesh, he will listen and respond with intelligence and thoughtfulness. 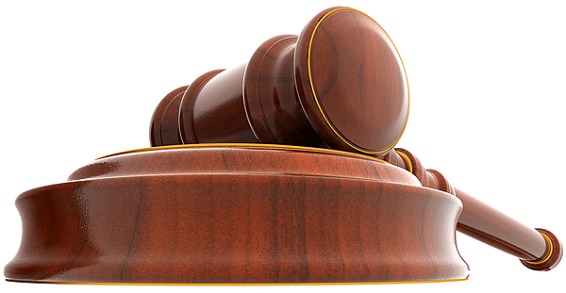 ·
Frank Cositore, J.D.  Much of what I said about Joe Riccio, I could say about Frank.  I have personally challenged this man, in print and in public.  Right from the moment of his first public presentation in Malone, where he outlined his plans for the Flanagan.  I let him know I was skeptical of him and his proposals.  And I have repeated that skepticism in these pages.

Now I’m going to surprise the pants off you—and Frank.  Without question, he’s the man for the job of Town Justice.  Nobody either running for judge or who has been a judge in the years I’ve lived here, comes close to his resumé.  This is not to disparage either Mike Lamitie or previous justices; it’s merely to say that Frank has all the required credentials, in superabundance.

There’s more.  I opposed the Town Board appointing Frank to the temporary Justice position.  I didn’t like the looks of those unpaid Flanagan bills.  (Whether they’ve now been paid, or mutually satisfactory arrangements made with those merchants, I don’t know.)  In any case, what changed my mind was Frank’s performance as interim Justice.  I’m impressed!  Frank dove in, like a lawyer (which he is) and like a judge (which he now is) and like a man with considerable experience and skill in these matters.

Frank, you changed my mind. 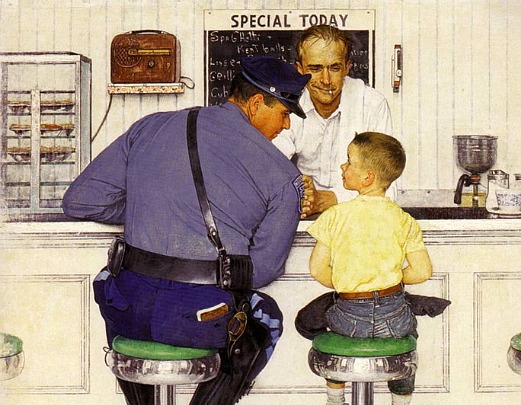 Which brings me to the matter of dissolving the Village of Malone and absorbing it into the Town.  Wouldn’t you feel a whole lot better about this process if Joe Riccio were one of its architects?  (Have you ever tried to get through to any of the current Village Board members?  An exercise in futility, right?)

I am very uneasy about dissolving the Village government.  Should we do so, I fear we say goodbye to the village police.

That would be a grave mistake.  (Forget about calling the State Police.)  I’ve lived in this village for 13 years, and enjoyed the experience immensely.  I’ve enjoyed it in large measure because I live 200 yards from the police station.

Do you know about the brawls outside Seven’s Bar (2 blocks from me) every Friday or Saturday night throughout the summer?  I crawl out of bed, find the phone, dial 483-2424—and within minutes, brawl ended.

What about the nighttime brawls that were common on Clay Street?  What about the young woman and her boyfriend who were mugged, at knifepoint, on Clay Street some years back?  I found her purse the next day and returned it to her.  (The village police have since cleaned up Clay St.)

How about the two young men who were having intercourse at 4 am down at the end of my street, one of them screaming in pain.  Yes, screaming and pleading with the other man, who was evidently raping him?  I dialed 483-2424.  Two police cruisers were there in . . . seconds.  I counted.  Seconds.

Then there was the fight on the porch of one of the apartment buildings, between one young man with a knife and another (well known drug dealer) brandishing a wooden chair.  And the language would shock you!  (Yes, there was blood.)  I got in the middle (literally) and told them to knock it off.  Tense, yes, for a few moments—and then Malone’s finest arrived and definitively ended it.

Or the pitched battles between rival (drunk? drugged?) thugs over on Morton Street, spilling over onto Notre Dame Church property.  Yards from the police station.  Baseball bats.  The whole 9 yards.  The cops fought back—on behalf of you and me and in the name of sanity.  The cops won.  But it’s just one skirmish in an endless war.

Notice, I limited my anecdotes merely to my neighborhood.

Now, think of the drugs circulating in Malone, coming through one of the largest drug funnels in North America—just to the north of us.  Think of all the people on welfare in the Village—people not formally working, but on the public dole.  The numbers are stunning.  Not a few of them have lived in my neighborhood.  I gotta tell you, I suspect there’s a significant correlation between the welfare crowd and drug dealing.  In any case, I have personally shut down one drug business on my street, and have worked with the village police on several occasions to shut down others on my street over the years.

Even so, they reappear in my immediate neighborhood every two or so years.  Like dandelions.

You’re getting the picture.  These men and women in blue are essential to this drug-infested, welfare capital of the North Country.  There’s big money in dealing drugs when you’re living on public money, and even when you’re not.  Remove the village police force, and what’s now a smoldering but nonetheless brisk business easily turns into a brazen, out-of-control free-for-all.  (Would those Texas & Arizona towns just across the border from Mexican drug cartels disband their police departments? Really?  If you don’t think there are drug cartels immediately to the north of us, I’ve got a bridge to sell you.)

And the State Police ain’t gonna stop it.

Here’s how to kill this Village.  Dissolve the Village, disband the police force, and effectively turn the community over to the dealers who are currently kept on the run by the village cops.

Again, the problem is the drug corridor and drug cartels immediately north of us.

This is one reason I support Frank Cositore for Town Justice.  Something tells me he has the steel to throw the book at the dealers.  (He’ll need the DA to cooperate with him.  I’m told the DA cuts deals with petty dealers to bribe them to rat on bigger dealers.  I hope I am misinformed.  If I am, it’s nevertheless a common perception on the street—and that perception matters.)

Right now, they’re petty.  Take away the cops, and petty dealers become serious, “we play hardball” dealers—with more experienced thugs arriving from downstate.  (Which, by the way, is already happening.)

Frank & Joe, we need your help navigating this minefield, whether you’re elected or not.  There’s a whole lot of government we can perhaps turn over to the Town—but the Village police force must remain.