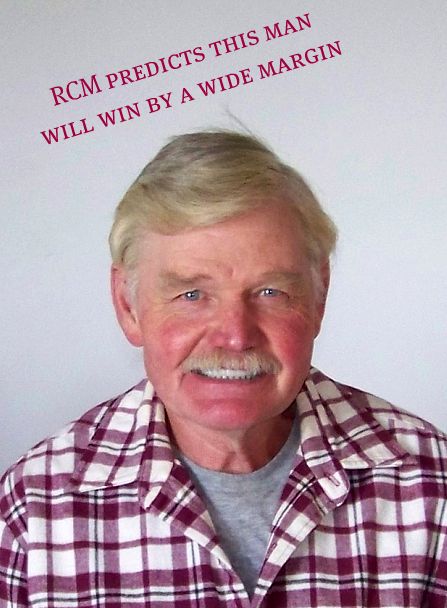 Albert Johnson has definitively won the contest for Burke town supervisor.  Election commissioners counted absentee ballots a short while ago, with Mr. Johnson and Mr. Otis in attendance.

The vote was a referendum on wind turbines.  This is clear.  The majority of Burke residents don’t want 40-story spinning industrial machines dominating their marvelous community and landscape, while destroying their sleep and damaging their health.  It’s doesn’t take a genius to realize these things don’t belong in Burke, NY, or any other community where people actually live.  They belong where they were originally intended:  out at sea or in the vast stretches of windy, uninhabited western plains.  The diabolical idea of putting them in people’s backyards was cooked up by Enron, arguably the most damaging corporation in American history.

Today, at the Franklin County election office, Burke told the Enron dead-enders, “No.”

The vote was not, however, a referendum on wind energy.  Be careful to make the distinction.  All 291 people who voted for Albert Johnson undoubtedly support wind energy–where it belongs.  Where it actually works (read Feds Release Noble Production Figures for hard data on why it doesn’t work in the North Country).  Wind energy that can be realistically tied into the national grid.  Wind energy that doesn’t slaughter raptors, passerines, and bats (the numbers, we’re now discovering from independent studies, are mind boggling).

Burke, today, quite properly said no to this foolishness.

Albert has a reputation for being intelligent, informed, and forceful–exactly what’s needed.  RCM urges him to knit the torn community back together, to work graciously with Jim Otis and other members of the board and community who still want Big Wind in the town’s backyard, and to pursue creative and courageous strategies to foster a self-reliant, more self-sufficient community.  A community that isn’t forced or even tempted to rely on a Big Fairy Godmother (which, after all, is illusory) to call itself successful and solvent.

Above all, RCM congratulates the community of Burke!  You elected a fine man.  Jim Otis is an equally fine man.  To Albert and Jim we say, Gentlemen, work together.  Notice President-elect Barack Obama, who yesterday met with Senator John McCain.  We urge you, Albert and Jim, to meet over coffee and work together.  You are neighbors, you share all the rich history of that delightful and extraordinary community.  And today you share the task of guiding its future in the grip of a nasty recession which is only getting nastier.

Gentlemen, congratulate one another–and work together.