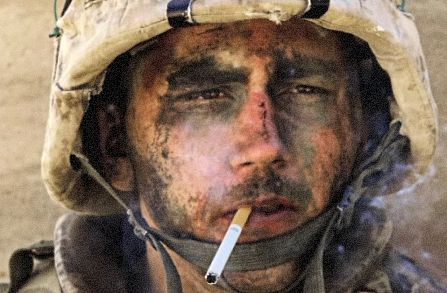 We, the ordinary citizens of the United States, the ones who fight the wars and commit atrocities under the relentless pressure of combat, and die and go home wounded without adequate care–we are not only in a severe economic slowdown, but in a military box canyon.  Not only that, our government is relying exclusively on high-tech measures to curb global warming while at the same time searching frantically all over the world for more oil. That makes no sense at all.

Here’s how it works. Our rulers, politicians and their corporation sponsers, create militry emergencies to hype up our patriotism so that we can accept the lies that are told, the justificiations for sending soldiers across other nations’ borders. Sending troops into Afghanistan to catch bin Laden and then telling that nation that “you are either for us or against us,” and then proceeding to call this venture a “war against terror,” is typical imperial arrogance. Labelling these attacks “war against terror” drives us deeper into endless war.

Those wars never end because other leaders emerge from the turmoil of hatred to take the leader’s place. The so-called wars go on, by whoever happens to be president, whether he/she bothers to ask Congress for permission. And we are left holding the bag, the hatred of countries we have invaded: Kosovo, Serbia, Iraq, Afghanistan, Panama, Grenada. That’s only a partial list. And the double whammy is that we citizens are fed mainly official statements from our own officials who make up the industrial-military-corporate complex.

We hear very little about real happenings in the other nations of the world. Imagine that! We are ignorant and living on lies. And the war economy is a vital part of that catastrophe.

Yes, it does look hopeless and, besides, we have enough trouble keeping our homes and our jobs. Who cares how many innocent civilians we kill with our smart bombs and pilotless drones and careless scattering of land mines?

Should we care?  I think we should. It’s all done in our name. It follows that we are the ones responsible for our leaders’ reckless behavior. Besides, war today, loaded with long-distance means of killing, is nothing but slaughter. Sure, we hope we kill a few militants in Iraq and Talibans in Afghanistan with these high tech weaspons, but how much longer can we put up with slaughter of children and other innocents ?

As a veteran of WWII I have witnessed smashed cities, civilians killed by our artillery, and our own dead and wounded. I have been under friendly fire and some of my friends died under that kind of fire. War is hellish chaos. Ask any combat veteran. High tech just isn’t up to the job. In fact it makes modern war worse. We have to face that. We lost thousands in the attack on the World Trade Center; we rightly mourn those deaths. But we, in our Imperial reach into nations that pose no immediate threat to us, have committed tens of thousands of deaths and injuries on citizens of those nations.

So, what do we do about this box canyon they’ve got us in? I’m sure we’ve all noticed how protesters are routinely placed in remote places, penned there like animals. We are fortunate in Malone. The junction of East Main and Elm is where we anti-war people meet, every other Saturday at noon to one. We chose that busy intersection, and the mayor told us he didn’t like what we were doing.  Nevertheless he honored the freedom granted by our Constitution to “peaceably assemble” to present grievances.

That’s what we are doing, presenting grievances. The newspapers and TV and radio stations do us no favors, but we do show there is an alternative. (By the way, I am not a spokesperson for Franklin County anit-war protesters. We are diverse in our experiences and views of the world, yet we share a determined anti-war stand. We don’t even have a name. Let’s just call us grassroots activists.)

My urgent plea is that we recognize what damage we are doing on this good earth, to people and environments, to fauna and flora of our beautful world. But, more than that, let’s get real; let’s think about what we are doing in Iraq and Afghanistan and Pakistan and many another nation where our deeds are top secret, available only to select groups of people we elected, but who do not care a damn about us.

I am using extreme words because they are the only words that fit the situation. We Americans are driving into extreme danger, not only because we do next to nothing about global warming and homelessness and unemployment and low wages, but we don’t seem to realize that endless war is very much a part of these problems.

What can we do ? Hey, we have a glorious history of protest from the time of the revolution that set us free: women fighting for the right to vote, men and women fighting for the right to build unions, abolitionists and civil rights activists and Native Americans insisting on their rights as citizens, and black citizens fighting for real equality, putting bodies on the line in the struggle for justice, not just token equality. This is the tradition we ought to remember. This is the tradition that is hardly ever mentioned in polite society.

This is the tradition we should adhere to with all our might and main. Let us all connect to this tradition, build on it, keep it alive and well and growing.

Think of chaos as dancing raspberries,
imagine grief as the outbreath of beauty
or the gesture of fish.
Swim for the other side.

Wage peace.
Never has the world seemed so fresh and precious.
Have a cup of tea and rejoice.
Act as if armistice has already arrived.
Don’t wait another minute.