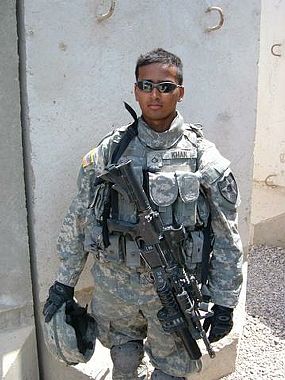 I have often admired your editorials.  This may surprise you, but it’s the truth.  I’ve admired your insistence on ferreting out the truth.  A few times I even told myself I really should send you a note of congratulation on a particularly well-stated editorial.

This is why I was surprised to read Mr. Paquin’s letter in yesterday’s Telegram.

Roland Paquin.  Says he’s from North Bangor.  (Privately, I suspect Mr. Paquin didn’t write this diatribe; I’ll betcha he lifted it verbatim from some loony site on the Intenet.  My guess is he stitched together two or three texts to create this Frankenstein you titled “Uneasy About This Trend.”)  I’ll leave it to others to refute him.

My quarrel, rather, is with you as editor–that you actually printed this letter.  Borrowing from the title you conferred on Paquin’s letter, I am indeed uneasy about this trend.

What trend?  The trend of Paquin’s letter.  Starting at the beginning, let’s parse it.

It begins with a dozen or so (actually, thirteen) references to “Muslim male extremists.”  Notice the drumbeat quality.  Kind of hypnotic, whipping up passions–extremely dangerous passions.  By the third column we’ve got a facetious acknowdgement of a “pattern,” and a backhanded approval of ethnic, gender and religious “profiling.”

By now the historian in me has become mighty uneasy.  (I was a professor of American history at Rutgers for decades.)  I’ve heard this chant before.  The Ku Klux Klan was famous for it.  Ethnic, gender, religious profiling.  Cherry-picking its stories.  Ditto for Hitler’s propaganda chief, Dr. Joseph Goebbels.  (Take a look at some of his speeches.) 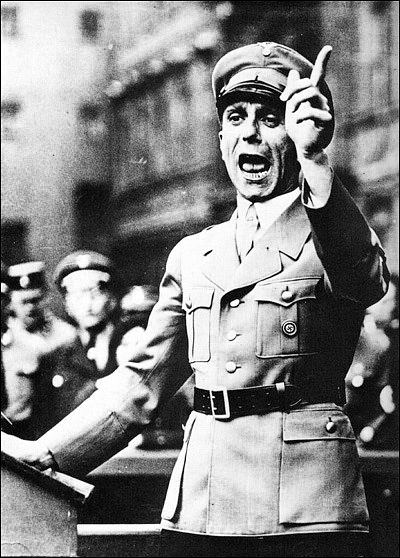 I have, as well, a personal reason for fearing Paquin’s drumbeat.  My ancestors were Maryland and Virginia planters.  Yes, slave-holders, going back to the mid-17th century.  I know where ethnic, gender, and religious profiling winds up.  (I believe you told me you were an English Lit. major at St. Lawrence.  Pull out your Faulkner and re-read Go Down Moses.  There’s of course lots of stuff you can read.  You know what I’m talking about.)

Paquin forges on.  He calls down the Book of Revelation upon us cowering sinners.  “According to the Book of Revelations [sic] the Anti-Christ will be a man in his 40s of Muslim descent.”  (I’ll let the local clergy correct Paquin’s biblical scholarship, wherever he picked up this nonsense.)

Notice, what started as the goose-stepping throb of Muslim male extremism has swelled into a screaming biblical banshee.  The 40ish man of Muslim descent. Paquin has yanked the Bible, God, Jesus Christ–the whole Christian kit and kaboodle–aboard his vicious bandwagon.

I sit here dumbfounded, watching Paquin’s parade.  Am I mistaken, but is that not a contingent of the Klan I see there?  The Klan about to burn a cross in the front yard of the “male of Muslim descent who is the most extremely liberal senator in Congress (in other words an extremist) and in his 40s”?  United States Senator Barack Obama, right? 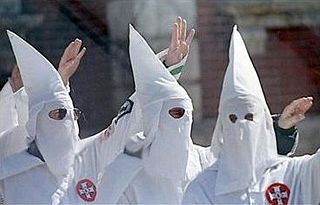 I believe I spot, as well, a squad of men in brown shirts with swastikas on their arm patches.  The Nazi cant:  racial/ethnic/religious profiling.

Dangerous territory, Connie.  You can understand my unease, being a professor of history and having to teach about the Nazi mentality.  Namely, find the racial, religious enemy in your midst.  Second, set up the drumbeat of innuendo and accusation and hysteria.  Followed by the inevitable cleansing. 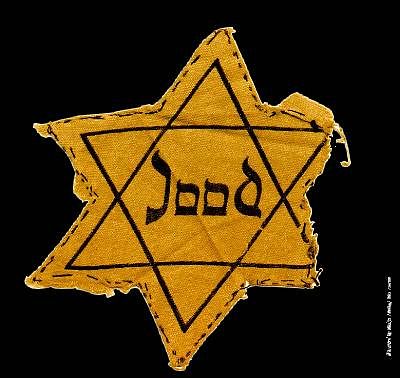 The Nazis used the Yellow Star to identify and isolate their (fabricated) enemy.  All Jews had to sew this on their clothing.  It became the law of the land.  (My grandson, Benjamin Rubin, is 7.  A Jew.  Ben would have had to wear a Yellow Star.  His mom, my beloved daughter Lindsey, would have been stigmatized for marrying a Jew and bearing his child.  History, Connie, is very real.  Not theoretical or abstract, but as real as a 7-year-old named Benjamin Rubin.) 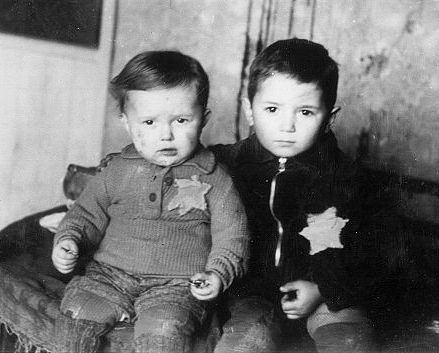 So, when do we pass laws requiring Muslim males (Paquin’s insidious chant) to wear a patch with crescent moon and star?  I must confess I sometimes lie awake at night wondering about such as this.  I have decided, in my late night brooding, that if the time should come round again when my grandson must wear a Yellow Star–I’ll wear one too.  Impossible, you say?  Never again, you say?  I hope not.

It’s letters like Paquin’s which keep me awake at night.  If the Muslim males of America are ordered to wear a distinguishing patch–would I, too?  I believe I would.  At least I hope I would.  (Something tells me you would too.  I suspect you’re made of the kind of grit that would compel you, too, to sew that Muslim patch on your lapel.  And wear it with pride.)

I realize, Connie, you didn’t write this letter.  What alarms me is that you printed it.  Would Paquin’s letter qualify as a hate crime?  No.  Could one call it propaganda for a hate crime?  Or possibly inciting of hate crimes?  Maybe.  I’ll let others decide.

Whether Paquin’s letter flirts with hate crimes, it is manifestly racist and carries the venom of what C.S. Lewis called the Deplorable Word.  Which I shall define as the twisted logic and poisonous language of collective hatred.  Mass hatred of The Other.  That a United States Senator is dragged into the madness of this vortex–that a U.S. Senator who is African-American should be identified with the horrific image of both Anti-Christ and Muslim terrorist–that this was published in our own Malone Telegram–this greatly alarms me.

Connie, my friend, this was not appropriate for the Malone Telegram.  Or any town’s newspaper.  Yes, Mr. Paquin has the freedom to express this vomit of racial and religious bigotry and hatred.  U.S. Senator Obama, like all members of our government, is sworn to protect Mr. Paquin’s constitutional right to freedom of speech.

The point is, Mr. Paquin does not have the right, nor was it appropriate, to give him a forum for this speech in the Malone Telegram.  The distinction between freedom of speech and where one can deliver that speech is important.

Are you aware of the large number of Muslim medical doctors (many of them male) serving North Country hospitals from Ogdensburg to Plattsburgh?  Including our own Alice Hyde.  (Give John Johnson a call and ask how this letter might help him recruit Middle Eastern physicians.  He’s having a dickens of a time keeping good physicians.  Ask John if Mr. Paquin, and you for that matter, did the community a favor.)

Come to think of it, call up any of the Muslim doctors on staff at Alice Hyde and ask what they think of the letter.  If it makes them real comfortable living here.  Put in a call to Dr. Mahmood Quereshy–I believe he’s still practicing downstate, in Herkimer, on the medical staff at Bassett Healthcare–and ask why he left Malone soon after 9/11.

In closing, I’d like to make a suggestion to Mr. Paquin.  I suggest he write a letter to the Telegram about a young Muslim male named Kareem Rashad Sultan Khan.  (No kidding.  That’s his name.)  Better yet, that he send his current letter (“Uneasy About This Trend”) to Corporal Khan.  First Battalion, 23rd Infantry Regiment, 3rd Brigade, 2nd Infantry Division (Stryker Brigade Combat Team), Fort Lewis, Washington.

Except he’s not there any more.  He’s in Arlington National Cemetery. 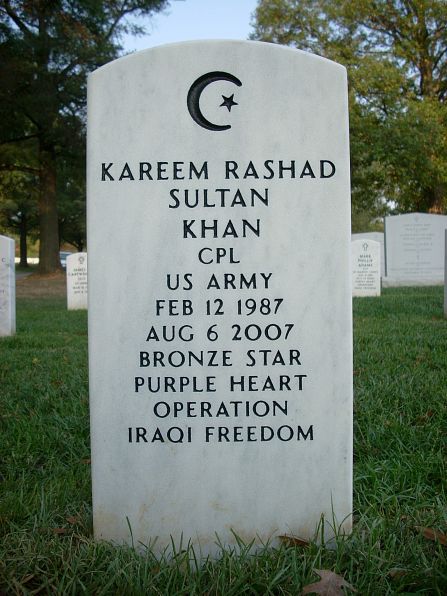 Maybe Mr. Paquin could hand deliver the letter–say, leave it tucked in the sod by Corporal Khan’s headstone, next to the Purple Heart and Bronze Star.  And then, maybe, come back to North Bangor and pen another letter to the Telegram, describing what it was like having the guts to deliver his letter, in person, to a dead young Muslim hero. 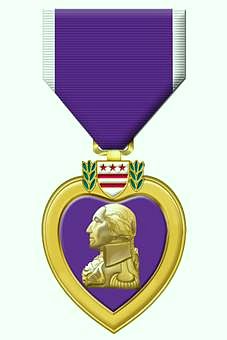 That one would be worth printing.

These days not many people read Santayana’s Life of Reason, or the Phases of Human Progress (1905).  I admit, it’s kind of dull.  George Santayana was a Harvard philosopher, as you may remember, at the turn of the 20th century.  People don’t read him any more, but everyone quotes his famous pronouncement.  “Those who cannot remember the past are condemned to repeat it” (p. 284).  The sentence immediately preceding warns, “When experience is not retained … infancy is perpetual.”

At one level we can brush off Mr. Paquin’s letter as infantile rage.  What concerns me is not Roland Paquin (who’s probably a decent enough fellow), but the website where he got this poisonous confection.  And that there are many people who drink this Kool-Aid.  This is where I start worrying about the men in white hoods (doubtless some of my ancestors among them) and the goose-steppers.  (I wonder if Paquin realized he was summoning such demons from the past?  Perhaps not.)

Enough.  You get my point.  Let’s end this on a brighter note.  Brighter, yet profoundly sad.

When it came to a post-high school career decision, there was nothing Kareem R. Khan wanted to do other than join the Army.

Spurred by the September 11 attacks on the World Trade Center, Khan, a 2005 graduate of Southern Regional High School [Manahawkin, NJ], wanted to show that not all Muslims were fanatics and that many, like him, were willing to lay their lives down for their country, America. He enlisted immediately after graduation and was sent to Iraq in July 2006.

When his father, Feroze “Roy” Khan, saw three soldiers walking up to his door on Monday, he knew what it meant.

Specialist Kareem Khan, 20, was killed with four others earlier this week when a blast destroyed a house he and members of his division, the Stryker Brigade Combat Team, were clearing in Baqouba, Iraq.

With all best wishes,