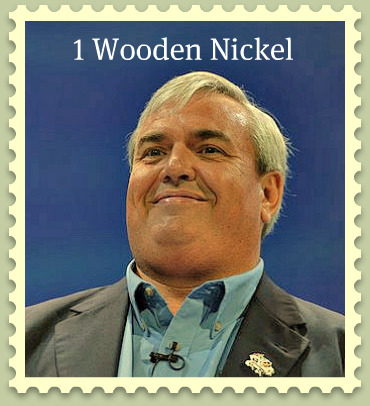 If someone polled Americans with the question, “What’s the best federal agency of all,” the hands down winner surely would be the United States Postal Service.

If the man pictured above gets his way, the Post Office will become substantially less useful.  And you, dear reader, will take the hit.

Every town’s got a Post Office, or at least mail delivery in some fashion or another.

Consider this.  My wife and I lived on the Alaska tundra for several years, occasionally spending a week in a postage stamp-sized Eskimo village way the heck off in, literally, nowhere.  (Nina would be the doc in town for the week.)  Talk about a howling wilderness!  No roads to this collection of, maybe, a dozen houses.  (The roads end in Anchorage, 500 miles away, across the Alaska Range.  You get the picture.)  The only transportation link with the outside being a doubtful dirt airstrip for the thrice-weekly flight (Cessna 8-seater) to and from the crummy frontier town of Bethel, AK, which was also way the heck off in nowhere. 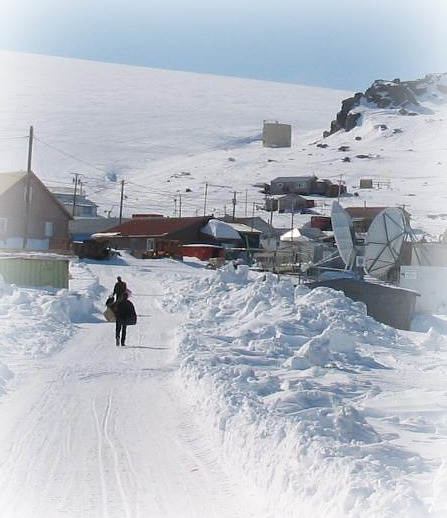 Eskimo villages give new meaning to the word “remote.”

But even they had mail delivery.  All 50 of them.  The USPS.  “You betcha!” Governor Palin would exclaim. 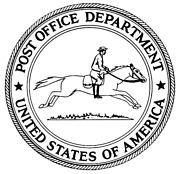 As the saying goes, “The mail must go through.”

Except, as I say, if Postmaster General Potter gets permission from Congress to cut out mail delivery 1 day a week.  According to experts, the eliminated day most likely will be Tuesday. 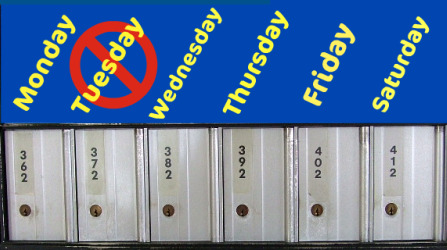 Picture each postbox, below, as a delivery day.  Monday, Tuesday, Wednesday, Thursday, Friday, Saturday.  Six days.  In a typical month we have 4 weeks of Monday through Saturday mail delivery, right? 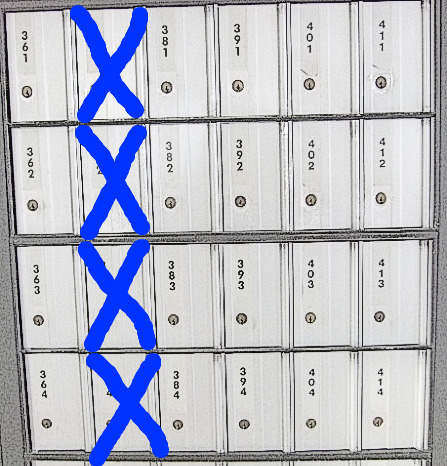 Okay, what does this mean for you?  Let’s see:

»the check you’ve been counting on doesn’t arrive
»the monthly credit card payment doesn’t arrive at Bank of America in time.  You get hit with a late fee.  Oops!
»the anticipated package doesn’t arrive
»you can’t mail the important package

And so on.  With everything you depend on that comes and goes through the postal system—the life blood of our daily communication, big and small.  From the elderly widow living alone to the local hospital’s medical records to law enforcement communications, to you name it. 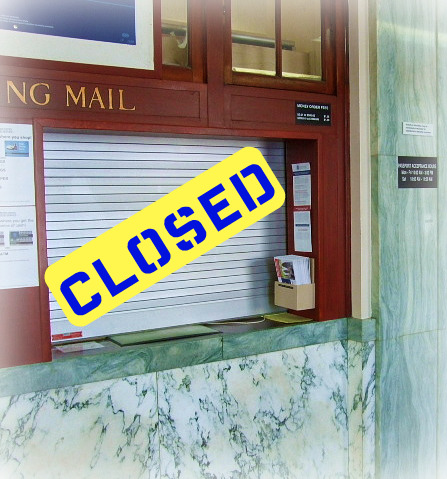 What does this mean for postal workers?  It means a day of furlough—being a polite way of saying, a day a week without pay.  How many postal workers (including carriers) are eager to lose a day a week of pay—please raise your hands!  (Don’t see many hands out there.)

What else does it mean for postal workers?  When they return to work Wednesday morning, guess what the pile of mail looks like?  The mountain they now have to sort through and deliver.  Sounds to me like same amount of work for less pay and less time to do it in.

Hmmm.  Beginning to sound like a lousy idea, Mr. Potter.  Even stupendously lousy.  (As in a lapel button one of my smart aleck graduate students handed me years ago:  “Your proposal is interesting … but stupid.”)

Just when the economy has nose-dived and job layoffs and cutbacks are turning into a tidal wave—USPS is talking about choking down mail delivery and cutting pay and work time for postal workers.  Just what the economy needs, Mr. Potter!  (Forgive my sarcasm.)

President Obama, I thought the solution was more jobs, not less.  To cut back the one federal department which does a truly outstanding job, and is vital to all of us—this simply does not make sense.  Maybe it makes sense in Mr. Potter’s imaginary world, and the world of his office pals, but these chuckleheads are living in a make-believe world.  Mr. President, your Postmaster General is outta touch.  Big time.

Potter complained before a Senate subcommittee that email and UPS and FedEx have taken a bite out of the Post Office’s market share.  Turns out this is baloney.  Email, UPS, FedEx are a red herring.  What he’s really admitting is he can’t run the Post Office. 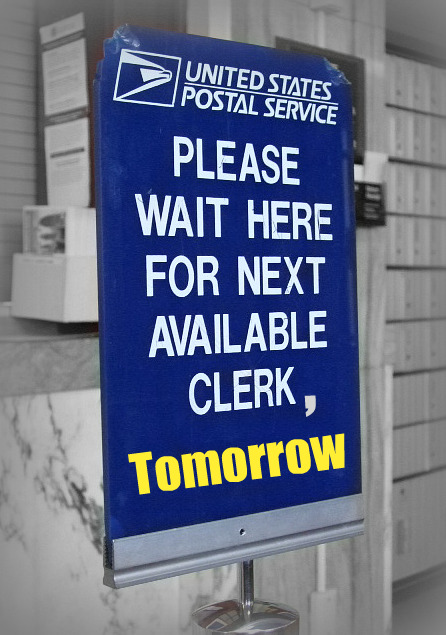 Anyhow, if this makes you as steamed up as it’s made me, here’s what you can do about it.  Call the chairman of the Senate subcommittee handling the matter, Senator Tom Carper (D-DE) at 202-224-2441—and give the staffer who answers an earful.  Or email Senator Carper here. 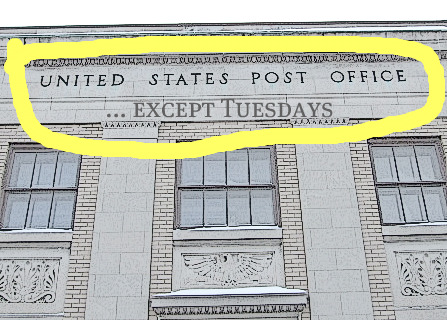 Remind them of the old Pony Express credo, The mail must go through!  Don’t forget to add:  Including Tuesday!  (Tell them those Eskimos won’t get their frozen pizzas.)

A little history, for more ammunition.

The first postal service in America arose in February of 1692 when a grant from King William and Queen Mary empowered Thomas Neale “to erect, settle and establish within the chief parts of their majesties’ colonies and plantations in America, an office or offices for the receiving and dispatching letters and pacquets, and to receive, send and deliver the same under such rates and sums of money as the planters shall agree to give, and to hold and enjoy the same for the term of twenty-one years.”

The United States Post Office (U.S.P.O.) was created in Philadelphia under Benjamin Franklin on July 26, 1775 by decree of the Second Continental Congress. Based on the Postal Clause in Article One of the United States Constitution, empowering Congress “To establish post offices and post roads,” it became the Post Office Department (U.S.P.O.D.) in 1792. It was part of the Presidential cabinet and the Postmaster General was the last person in the United States presidential line of succession. In 1971, the department was reorganized as a quasi-independent agency of the federal government and acquired its present name. The Postmaster General is no longer in the presidential line of succession.