RCM is reprinting, with appreciation, this NY Times editorial by Timothy Egan.  (To read it in the Times, click here.)  North Country towns, Malone School Board:  There is a lesson to be learned from Vallejo, California.  (Note:  The cartoon, below, did not appear with the editorial; it was added by RCM.)  The Editor. 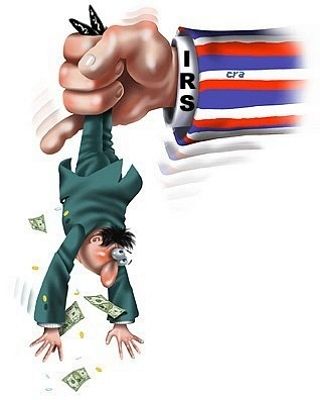 Cartoon courtesy of The Conservatard

VALLEJO, Calif. — This city is broke. Bankrupt. A ward of the courts. The police have pared their ranks, and every day two fire stations temporarily close, a rolling blackout of basic services.

Do we bailout Vallejo?

What about Philadelphia, Atlanta or Phoenix? They want $50 billion in emergency loans.

Years ago, when a close friend of mine lost his 75-year-old family retail business in Pittsburgh with the collapse of the steel industry, the federal government was nowhere to lend a hand to small business owners.

When aluminum factories in Spokane, Wash., folded after a corporate raider picked them to the bone, destroying the best middle-class jobs for blue collar workers in the city where I grew up, the government’s advice to people losing their homes, cars and dignity was: Learn how to say, “You want fries with that?”

And when this city of 120,000, one of the few places in the Bay Area where someone with a middle income could live well, filed for bankruptcy earlier this year, it became little more than a talking point in the debate over bloated public employee unions.

We like to think the free market picks our winners and losers. In its purest form, this is only true in Republican Disneyland. What was left of that illusion was swept away with words that will begin many a master’s in business theses in future years: “When President Bush nationalized the banking industry back in 2008 …”

So, now we have arrived at that moment where taxpayers will play God with the American economy. What has been going on in Washington over the last month makes European-style planned economies look entrepreneurial by comparison.

Let’s be honest about this monumental exercise we’re going through. These are not Band-Aids or bridge loans or bridges to a new tomorrow we’re talking about here. A trillion dollars, more or less, is moving from Us to Them because they’re supposed to keep Us from going under like Them.

Get it? Nobody else does, especially the people running it. Thus far, the bailout has been a disaster, in keeping with the Bush practice of abject incompetence in everything they touch–a final kiss-off from The Decider.

The blue-suited beggars in the Capitol this week were executives of the Big Three American auto-makers, the humbled dinosaurs who gave us Hummers and S.U.V.’s for every suburbanite to drive two miles to Trader Joe’s.

See how they squirmed: dodging questions about whether they should get taxpayer money when they build cars overseas, about why they continue to make vehicles that nobody wants, about their overspending on Super Bowl bling.

Ford Motor stock was trading near $1 on Wednesday–you want fries with that? When even Mitt Romney, who famously pandered to Michigan voters this year about not losing another job, is willing to throw America’s auto-makers under the bus, you know the bell has tolled for thee, Detroit.

They will likely get nothing from this lame-duck Congress. The bankers and insurance companies were lucky they came before bailout fatigue–some getting theirs, others walking away empty-handed, off to cash the bonus check before it’s seized by creditors.

Next week it’ll be somebody else–universities, state governments, maybe even newspaper owners crushed in the move of readers to the Web.

The auto companies, and cities like Vallejo, are in trouble for a couple of reasons. The foreclosure crisis and the credit squeeze are freezing money everywhere, at a time when companies and governments are responsible for employee benefits well beyond what they can carry.

Nearly 300 employees in this city 30 miles from San Francisco make more than $100,000 a year in pay and benefits. After a mere five years on the payroll, all police and firefighters are guaranteed lifetime health benefits.

This was never sustainable. And now, with stores boarded up here and realtor flags flapping over empty, abandoned housing developments, the pyramid has crumbled.

All of which points to the need for a so-called Big Bang solution when a new administration and fresh Congress start to govern. Incoming White House Chief of Staff Rahm Emanuel has indicated that a President Obama may do just that, saying that the administration would “throw long and deep.” If business, or even mid-sized communities like Vallejo, were free of some of their social burdens they would be more nimble when downturns occurred, the argument goes.

General Motors supports more retirees than current workers. If you’re a taxpayer without health insurance, or paying $12,000 a year on the open market to cover your family’s health, you wonder why you should offer bailout billions for somebody with a rich safety net.

The arguments are endless loops, turning citizen against citizen, the haves against the have-nots.

Why not go green, go for universal health care, go for economic stimulus–all with one big vision? Imagine if the $700 billion were there for a fresh overhaul of the American economy, rather than being siphoned off by the very people who created the problem?

“There is no playbook for responding to turmoil we have never faced,” said Treasury Secretary Henry Paulson this week, by way of explaining that everything he’s tried so far has failed, and he’s making it up as goes along.

So, maybe we should cut the spigot off while there’s still water in the tank. Save it for tomorrow, for January, for fresh thinking. Otherwise, the beggars banquet will only get more crowded.