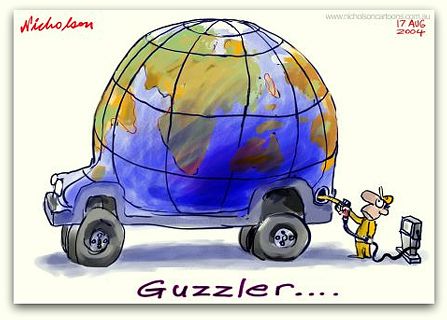 Anyone who lived on the West Coast during the phony energy crisis of 2000 and 2001 cannot help thinking of Texas and two of its worst products—Enron and a politician not named George Bush—as gas creeps up toward $5 a gallon this summer.

What happened during the great energy heist at the start of the new century was like an extended bad dream, part “Twilight Zone” and part “Chinatown,” the extraordinary 1974 film about water manipulation and long-buried secrets.

The price of energy spiked—tenfold, a hundredfold—despite low demand. Californians became the most efficient users of power in the nation, and still suffered through dozens of rolling blackouts. None of it added up.