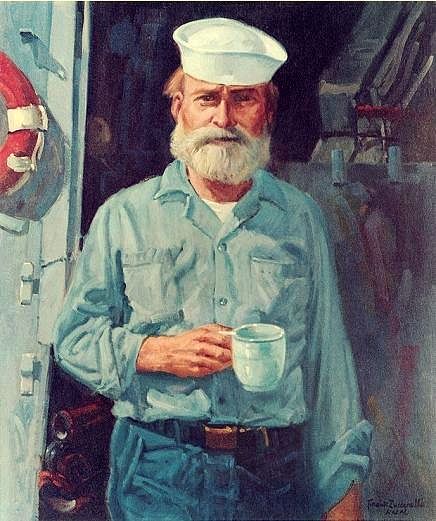 First, click here to listen to this tape-recorded message.  I took it off my telephone answering machine a little over a week ago.

Done?  Ready for this?  It’s from a man about to have his heart replaced.  Yikes!

Better listen to it again.  By “heart replaced” I mean the works.  Not a bypass.  The whole shebang.

Jim’s 61.  He’s my (informally) adopted brother.  (Adopted, that is, by me.)  Jim grew up in the hills of North Carolina in a house with a dirt floor.  Kids like that volunteered for Vietnam.  In his case, the Navy.  He would vanish for months behind Vietcong lines, rescuing captured GI’s.  (They oughta make a movie about this guy!)

Mustered out of the navy and promptly joined the Coast Guard, where he saved a whole lot of vessels screaming “Mayday.”  When not rescuing weekend boaters, he was intercepting drug runners steaming our way from the Caribbean.  Just like old pirate stories:  overhaul ‘em and board ‘em.  Tense.  (He says he had a knack for calming everyone’s nerves, good guys and bad guys.)

One particular story.  About the time he piloted a destroyer in the teeth of a hellaceous hurricane.  The senior officers were below, puking.  Georgi at the wheel.  Waves like mountains.  Waves smashing over the stack.  First Officer Georgi concerned the waves would smother his engines.

They didn’t, and he kept her on course–more or less.

I met this man when he decided to go to college in his forties.  Imagine the first day of class.  The enrollment was too big for the room.  I got up on stage and told them we’d have to downsize.  “All freshman and sophomores will have to drop this class,” I announced, professorially.

Immediately a hand shot up followed by the bulk of this solid man, rising up out of his seat.  Add in red hair, beard, and gravelly voice.

Such was my introduction to James Georgi, USN and USCG, retired.  As the class–including me–listened carefully, this man authoritatively explained why he was not going to do as I said.  Whereupon he urged all remaining freshmen and sophomores to refuse, as well.

Jim would become my dear friend and soon enough my teaching assistant.  For years.  After that semester Jim and I taught the course as a team.  Till the day I retired.

On graduation day the dean asked James Georgi to march with the faculty and sit with us.  It was from among the faculty that he went forward and received his diploma.

You get the picture.

Listen to the in-coming message again.  They don’t make people like this any more, or, I should say, it’s not often one encounters a giant like James Georgi.

The surgery?  It went great.  Thanks for asking.  He’s at University Hospital, University of Pennsylvania School of Medicine.  Five hours of surgery later, Jim Georgi is alive by the grace of another man’s heart.  A gift from a grieving family, as wife Pat put it.

Pat tells me she was in the Intensive Care Unit when they removed the intubation apparatus.  Jim, true to form, immediately started talking.  (I forgot to mention:  Jim talks.)  Within minutes the old salt was regaling nurses with yarns.

I’m smiling (and, I confess, weeping) as I write this.