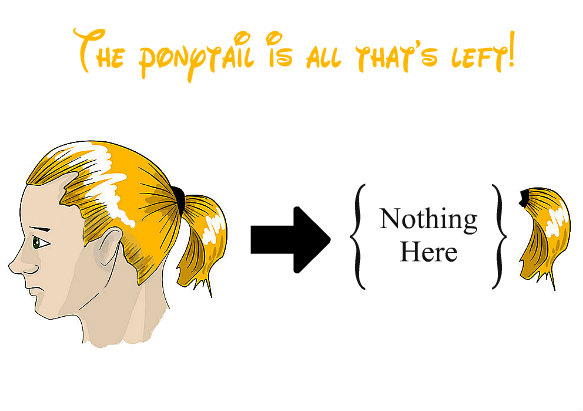 Malone’s drug epidemic and what to do about it

.
Let’s call him Sean.  I mean the young man in the image, above.  Not so long ago he looked like the picture on the left.  Now all that’s left is the ponytail.  His parents received it in the mail soon after he disappeared.  No one has seen him since he vanished.

It turns out Sean’s just one of several drug dealers who’ve disappeared in Franklin County in the last several years.  (Yes, you heard me right.  I didn’t say “NY City” or “Boston” or even “Albany” or “Syracuse.”  I said Franklin County.)

I’m not making this up.

At the end of the day the unreported violence associated with the drug trade in the county is staggering:  arsons, armed robberies, kidnappings and several missing people (one of whom his parents received his “ponytail” and have never seen him again).

The “spin-off” violence associated with all drug trade is most concerning and time consuming.  Be it burglaries to feed addictions or homicides—the effects on day-to-day life are staggering.

Here’s some of the spin-off violence.  It’s a mundane story, yet it tells a lot.  I know a man who bought a new pair of work-boots at Walmart.  (This man doesn’t earn a great deal of money; it was a big deal buying the new boots—a big chunk out of his paycheck.)  He took them home, put them carefully in his closet in anticipation of wearing them in a couple of days—and within a day or two they vanished.

They were stolen by his teenage nephew, to support the boy’s drug addiction.  Most likely to Oxycontin. 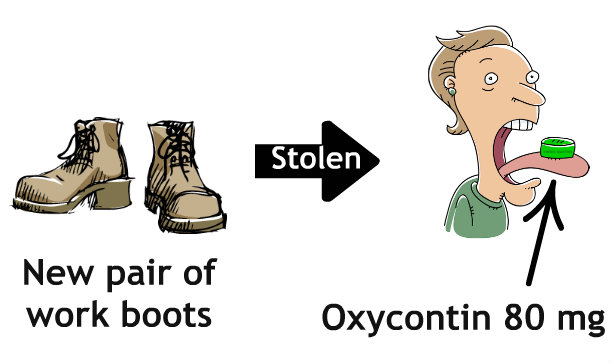 I should mention that this man’s elderly father has had most of his power tools stolen from his workbench by the same teenager—his grandson. 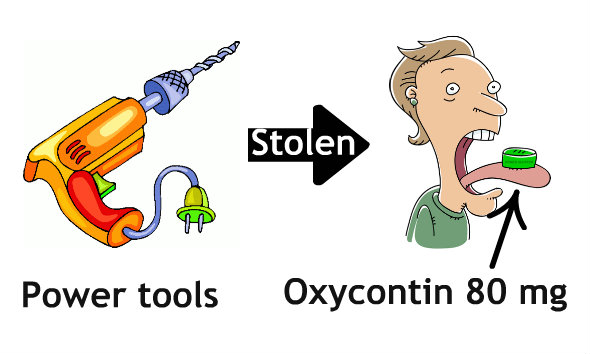 Malone is awash in Rx pills—pills worth stealing your uncle’s boots over, or granddad’s power tools.  Or for that matter just about anything not nailed down. 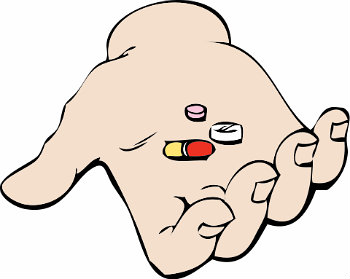 » Oxycodone (also known as Percoset, which is short-acting)

» Numerous other opiates (including Fentanyl, a strong-acting opiate that comes in pills, lozenges, patches; Methadone; etc)

» For ADHD there’s Ritalin (aka Methylphenidate, a stimulant), Adderall (an amphetamine), and others

» For panic and anxiety, there are the benzodiazepenes:  Klonopin, Valium, Xanax, Ativan. 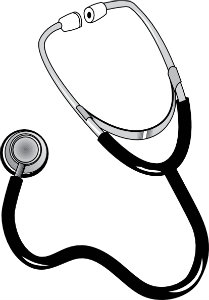 Now for the sad part.  Most of these pills are being prescribed for “pain” or “attention problems” or “sleep problems” or “panic attacks” or “anxiety” by doctors, nurse practitioners, physicians’ assistants (PA’s), dentists, and now even veterinarians (when your pet’s in pain).  That is, by anyone who has a DEA (Drug Enforcement Administration) license and prescription pad.

No doubt some of these people genuinely suffer from these ailments.  As I say, it is medically legitimate for health care providers to prescribe these medicines to these people.  Still, the temptation to sell a few pills now and then can be irresistible for a financially strapped patient.

Hey doc!  I lost my pills!  Can you replace them?”

(In some cases, he did indeed lose them.  They were stolen out of his car or bedroom or medicine cabinet by a family member who wanted to get “high” or sell them.)

Then there are the people who routinely go to several clinics and doctors for the same “pain” problem, thus accumulating a fistful of prescriptions which they get filled at two or three different pharmacies.  They then sell their loot.  You can imagine numerous variations on this scam. 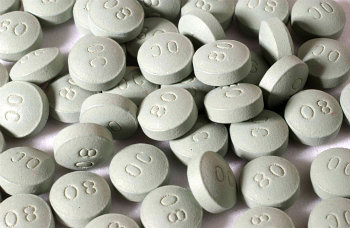 It can all be summed up in a single word.  “Deceit.”  People deceiving the medical system which, by necessity, is (and always has been) based on trust.  Doctor/patient trust.

When trust breaks down, it’s a free-for-all.

In Malone, indeed throughout Franklin County and the North Country and America, it’s now a free-for-all.  A free-for-all fueled by the fact that all these pills are highly addictive and, when sold “on the street,” highly profitable. 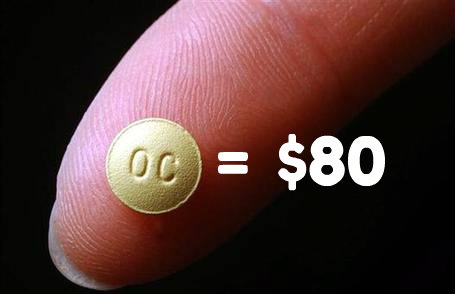 If you’re on Medicaid, you get your pills for free at the pharmacy, thanks to county & state taxpayers.  Back on the street each 80 mg Oxycontin tablet sells for $80 in Malone.  You just turned something (costing you nothing, yet costing county taxpayers plenty) into $80.  Not a bad profit for a little chicanery in the doctor’s office or emergency room!

Remember how everyone keeps saying, “There are no jobs in Malone”?  There is, in fact, a new species of job in Malone.  It’s called “selling pills.”  Drug dealing has been commonplace in Malone since the Sixties, just as it has been common in every other American town and city.  Yet “old-fashioned” drug dealing in Malone never approached its current magnitude, which gets bigger and more out-of-control by the day.  (Ironically this new species of job exists, in part, because there is a serious shortage of traditional, legal jobs.)

“There are no jobs in Malone”?  To which I answer, “pills” are Malone’s new, clandestine economy—pills added to the old standbys of marijuana, crack, and heroin, which I shall get to in a moment.

Dealing “pills” is more elegant and streamlined than selling classic drugs of abuse, for the simple reason that “Anyone can deal this stuff”—in the words of our frustrated police chief. 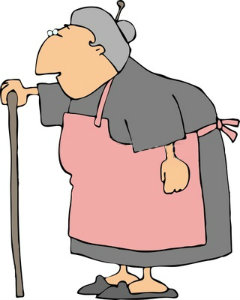 Grandmothers.  Your kids.  Your grandkids.  Uncles.  Even you.  Anyone who can convince a medical doctor, nurse practitioner, or physician’s assistant that he’s (she’s) in pain or having panic attacks or experiencing something as nebulous as “anxiety” or “attention problems” can get a prescription for these meds.  Failing that, anyone with a relative who is being prescribed these medicines can, oftentimes, easily steal pills from mom’s or dad’s or grandma’s or grandpa’s—or even your kid’s—pill box.

This is just a partial list of going rates for dealing “junk” on the streets of “Malone, Star of the North since 1802.”

There are also, of course, drugs coming in from Canada.  This is a major pipeline.  Chiefly cocaine, marijuana, and Oxycontin headed for big cities in the Northeast and Midwest.  Some of that, naturally, winds up here in Malone. 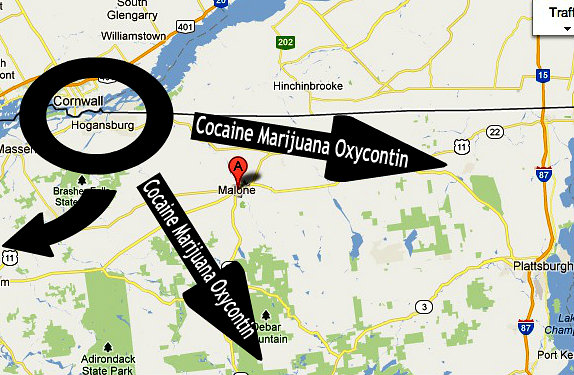 That’s not all.  Drugs are also shipped north from downstate and New Jersey.  Mostly heroin and crack.  This is where drug gangs enter the picture.  (For the pills, above, you don’t need organized crime, that is, gangs.  All you need is a gullible or naive or otherwise easily deceived doctor or clinic or emergency room, and you can do the rest on your own.) 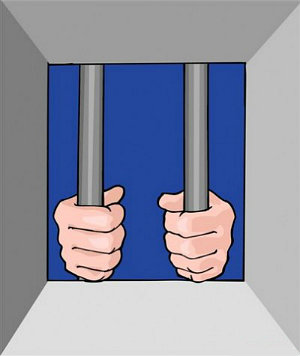 Heroin and crack tend to be controlled by NYC and NJ gangs.  Here’s how it works.  A local drug dealer gets sentenced to prison downstate, meets up with big city gang members in the “joint,” then re-connects with them once he’s released.  Between them, they set up a selling network in Franklin County. 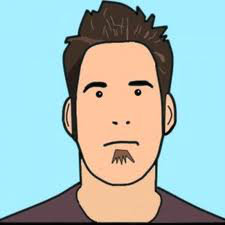 Lastly, “bath salts.”  The most bizarre of all.  (What the heck are they going to think of next?)  Calling these “bath salts” is like calling a loaded Colt .45 a “paperweight.” 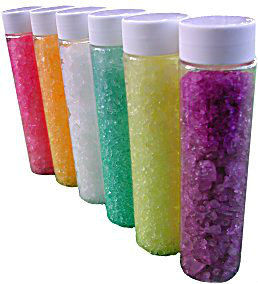 Anyone, including your 8-year-old daughter, can legally buy this stuff.

Do a Google search for “bath salts” to see what they can do to you—or your 14-year-old.

Better yet, watch this short video, “What you need to know about ‘bath salts,'” by Fox News last month.  Click anywhere on the image, below, to start the video.  (It begins with a short advertisement—no, not for “bath salts.”  Be patient.  Turn up your speakers.  Prepare to be horrified.  I would not recommend this for children.) 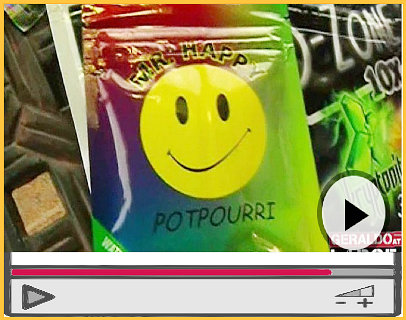 There is some good news, however.  State attorneys general and even the federal government are scrambling to outlaw these drugs.  But it ain’t easy.

Is our long zombie cannibal bath salt apocalypse finally over? On Monday, President Obama signed a bill to ban several types of synthetic drugs, including synthetic marijuana and the now-infamous “bath salts” that have been implicated in a slew of grisly attacks in recent months. But there have been countless bans on these drugs over the past few years, and they’ve done little or nothing to halt the their spread – manufacturers routinely get around these laws by slightly altering the chemical formula to create a compound that may be only a few molecules different but delivers the same high. How will this new law be any different?

One of the biggest weaknesses of prior local bans has been their inability to stop online sale. As the drug becomes harder and harder to buy in local stores due to bans and bad press, more and more of the drug’s present users are buying it online. But the new ban is the first to be enacted on a federal level, meaning it covers the online and interstate sale of bath salts and other synthetics.

Till recently, you could buy this stuff on Main Street, Malone.  HellRazor Joe’s.  When the Village Board banned his wares in the Village,  Joe decamped to Burke.  Route 11.  You can’t miss it.  Drop in sometime and talk to Mr. Bashaw, the owner.  He’ll tell you vehemently that he’s just selling . . . bath salts.  That none of this stuff is supposed to be ingested by human beings—just used as bath salts and aroma therapy, blah blah blah.  If customers decide to ingest this crap, that ain’t his problem. 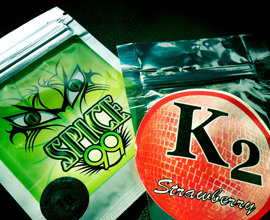 Such is the current state of Malone’s drug epidemic.  (Well, frankly, it’s the entire North Country and, for that matter, North America.)

In Part 2, coming soon, we consider what we can do about this epidemic as a compassionate, intelligent, and vigilant community.

I close with a sobering commentary by the senior law enforcement official quoted at the outset:

The drug issue you raise . . . would take days to discuss, and you could write a fascinating book. Suffice it to say that we have (a) local addicts, (b) we have local addicts who sell to support addiction, (c) we have local sellers who don’t use, (d) we have locals who transport drugs through Franklin County, and (e) we have organized crime which has large-scale operations estimated in excess of one billion dollars per year operating through our county. 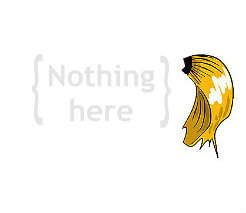